Android uses different update mechanisms for applications and operating systems. While firmware and system updates are sent to the device through a dedicated update tool implemented (and customized) by each manufacturer, app updates are provided through the Google Play Store and managed by Google.

From this update, to the stable version of Android Q later in the summer, Android's full system update can also enter the Google Play store. This technically means that operating system updates can be released to Android devices faster than before, but it remains to be seen how Google will manage the carrier and manufacturer policies for each update.

The timely update of the Android system is one of the biggest problems of the platform. OEMs usually release system updates and monthly security patches after weeks or even months after Google provides updates to its devices.

Through the Google Play Store model, search giants can try to solve this problem, but it is certainly interesting to know how this strategy is consistent with other manufacturers' plans.

The new update implementation is still in its early stages, and users claim that their device will automatically restart after downloading the update without showing any prompts to ask for a device reboot, but there is no doubt that this feature will be added when new features enter the productivity device. 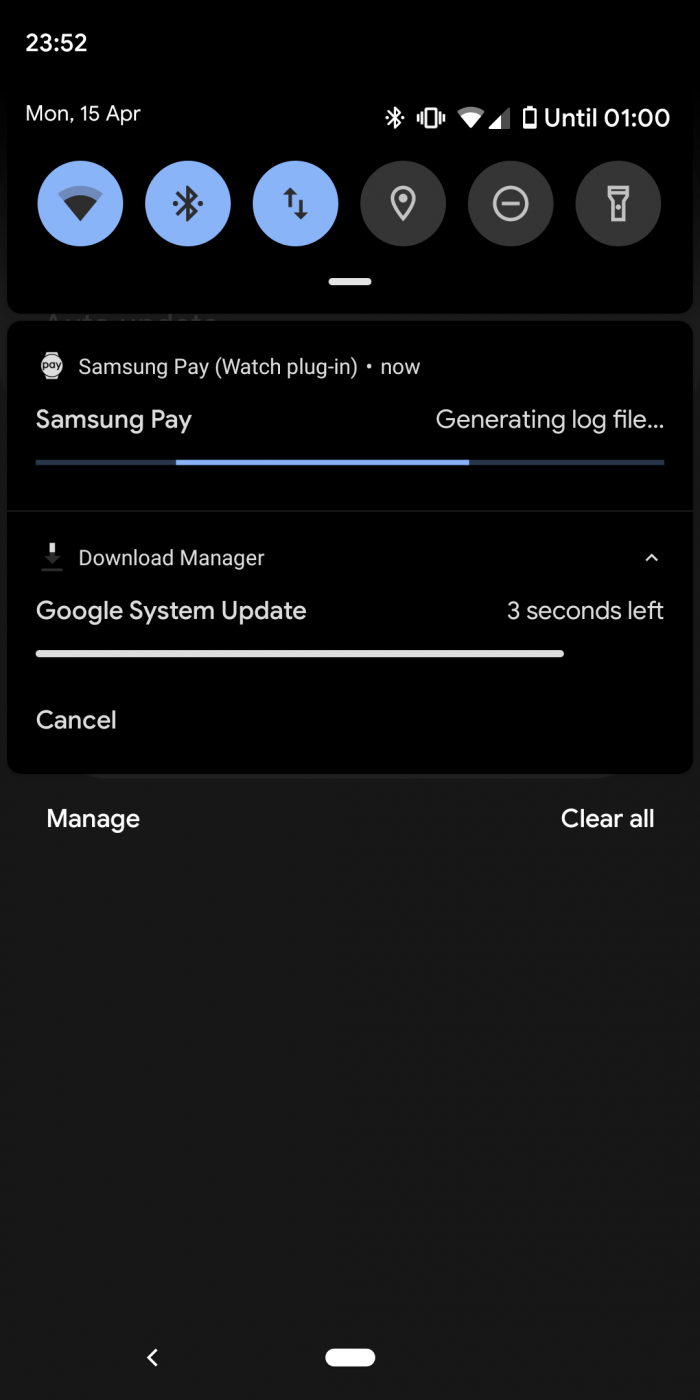 Related news
Google releases Android system update for the first time through Google Play Store
Android Official: Services like Google Play are still available
App Store continues to outperform Google Play in consumer revenue
Hot news this week
Capital does not love SAIC, "flying" subsidiary, Jet Hydrogen Technology intends to go to science and technology board
Wechat: It will not be possible to create an account for controlling comments and Revelations related to star artists
WeChat Alipay personal collection code will not be used for business collection, digital currency sector rises
Big bang! Wechat, Alipay personal payment code can not be used for business payment, what is the impact on you?
1.6 billion yuan too cheap? BMW's $1.6 billion takeover of Brilliance's Factory in China has been called off
Interpretation of the more than Q3 financial results: dead agriculture shrink self-employment, transformed into "more farmers"? | the planet of wealth
From March 1 next year, the personal payment code of wechat Alipay will not be used for business payment
Is it the brother who 'cuts' me? The blue-moon issuer has cut jobs, with some employees saying the year-end bonus won't be awarded
Exclusive | New Oriental new Progress: in the United States to open Chinese line classes subsidiary to undertake the transformation
European Telecom I hope that the US science and technology giants bear the cost of network construction
The most popular news this week
Apple will mark the end of the iPhone 6 Plus as a classic generation of outdated products
Market research firm: Global smartphone shipments in the third quarter fell 6 percent year on year, Xiaomi third
Qualcomm releases the first generation of Snapdragon G3x game platform for mobile games, mixed realistic design
Netease cloud music listed on the first day, now falling 0.68% reported HK $ 203.6
Station B bought a stake in game developer Xinguang Liumei, whose products include Warring States Period
Sohu layout knowledge live
Intel discrete graphics name, performance exposure: chasing NVIDIA two years ago
Xiaomi's first 4K new product hits! It is highly recommended
Mobile phone storage is really not the bigger the better 18GB ordinary people can not use
The next generation of OS Stable Edition is ready! Xiaomi 12 is perfect