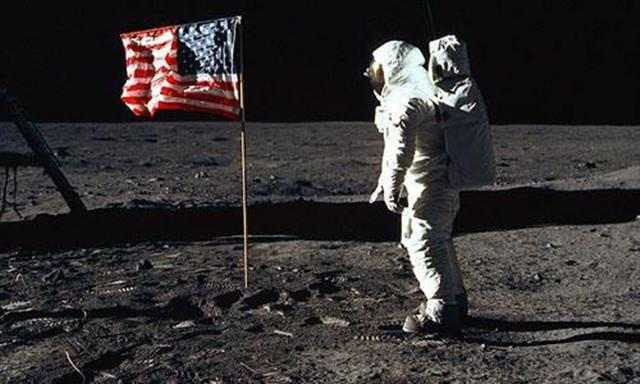 At the end of March, US Vice President Burns declared that “the moon must be early”, and the astronauts were sent to the moon in 2024. The National Aeronautics and Space Administration (NASA)'s moon landing plan was led by the leader four years in advance, returning to the moon & ldquo; has been speeding, it seems a bit unreliable.

Since the superior speaks, the lower level has to be implemented. Recently, NASA Director Jim · Bridenstin at the 35th Space Summit preliminarily expounded the new version of the moon landing plan, summed up is a sentence & mdash; & mdash; & ldquo; 2024 landing, we are serious.

No matter what, people go up first.

According to the previous plan, NASA will complete the construction of the lunar orbit space station & mdash;— Gateway in 2024 and conduct the first lunar landing test; in 2026, the mission demonstration mission will be carried out, the lander will be operated by the landing capsule and The ascending compartment consists of a transshipment spacecraft that transports the lander from the lunar orbit space station to the lunar orbit 100 km from the lunar surface. The lander descends to carry out the detection mission, and after the mission is completed, the ascending cabin provides power to return to the lunar space station. In 2028, four astronauts will land on the moon and stay for 7 days.

“In order to achieve the goal of 5 years & lsquo; return to the moon & rsquo; proposed by Burns, NASA is developing a new program. "Bradenstin said that the research focus of Space Launch System (SLS), "Orion", spacecraft, lunar orbital space station and lunar landing vehicle are unchanged, and the development schedule is changed.

Bridenstein divided the new program into two phases. The first phase emphasizes speed, that is, astronauts are sent to the moon as soon as possible. SLS Rockets and "Orion" The development and flight test of the spacecraft will speed up ——“how fast and how fast. The lunar orbit space station first engages in a “simplified version”, with energy, propulsion systems and accommodation cabins, which can meet the moon landing. What about the landing system? The transshipment spacecraft and landing capsules began tendering as early as February, and the ascending cabin tenders began immediately. It took only 7 days for NASA to develop a tendering plan. The research and development of the lunar rover will also be fully accelerated. The nine companies that have signed an agreement with NASA “pressure mountain” are the fastest ones to complete this year.

After the manned landing on the moon in 2024, NASA will start the second phase of returning to the moon. The main purpose of this phase is “long-term residency”, which mainly includes the construction of the Lunar Space Station and the realization of the lunar landing system. reuse.

9 years of work 5 years, how is the original budget enough? Bridenstin confirmed that NASA is about to submit a new budget proposal to Congress, to accelerate the first increase.

Not enough, pull up allies

“To send humans to the moon in 2024, we cannot rely solely on US efforts. We need all international partners. In fact, no country can accomplish the goals we envision independently. & rdquo; Bridensting emphasized the importance of international cooperation for returning to the moon. At the summit, he met with the Director of the European Space Agency (ESA) Wenner and the Chairman of the Japan Aerospace Exploration Agency (JAXA) Hiroshima Yamakawa and other multinational space agencies.

Bridenstin said that international cooperation can help NASA reduce the financial burden. All partners will play a leading role and will benefit from the new lunar exploration facility. NASA can send foreign astronauts to the moon, but will ensure that the next man on the moon and the first woman on the moon will be American.

On March 11, NASA announced the international cooperation program for the lunar orbit space station. Among them, NASA plays an absolute leading role and is responsible for the development of energy and power modules, living cabins and application cabins. ESA and NASA jointly developed “Orion”, which replenished the spacecraft and was responsible for the auxiliary cabins for communication and fuel replenishment; JAXA and ESA jointly developed another housing and utilized the “unmanned” spacecraft to bear part of it. Replenishment tasks. The Russian Space Agency is only responsible for the development of a multi-purpose cabin. The Canadian Space Agency continues its traditional strengths and provides the space robotic arm needed for the Moon Space Station.

If the United States unilaterally accelerates the process of landing on the moon, it is still unknown whether other countries can keep up, and NASA may have to rely on itself.