Today, the Lenovo Z6 Pro, which combines violent aesthetics and ultimate performance, is another answer that Lenovo brought to us. 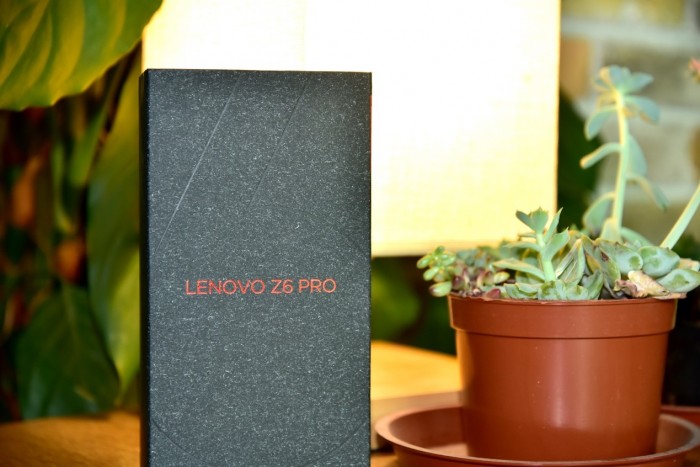 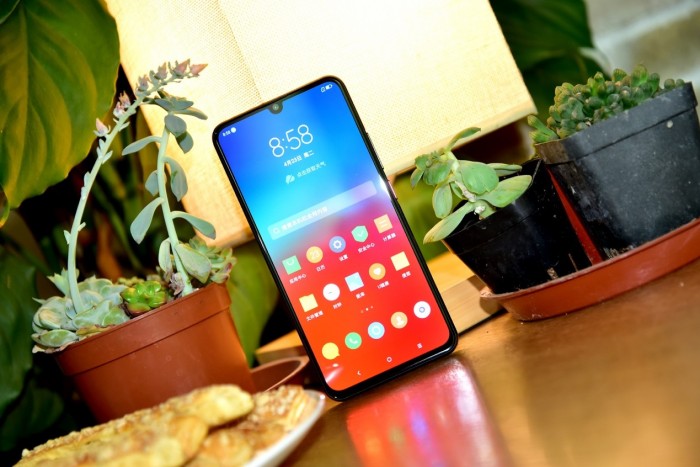 Lenovo Z6 Pro front is a 6.39 inch water drop full screen, the material is Samsung AMOLEDThe resolution reaches 2340*1080, and the ultra-narrow bezel design makes the viewing space wider. Compared with the Z5 Pro's comprehensive screen design with slide cover, the Lenovo Z6 Pro uses a full-screen screen of water droplets to achieve a good balance between the size and weight of the machine compared to the Z5 Pro. Not only is the body thinner and lighter, it gives the user a better feel. 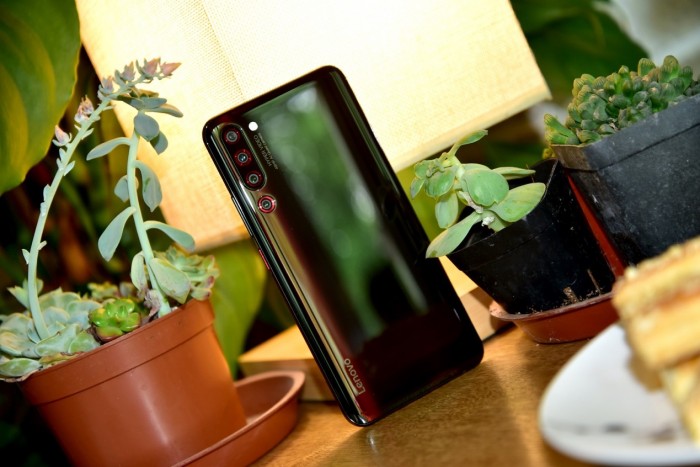 Now many brands like to introduce light color matching.Mobile phoneIntention to highlight the youthfulness and fashion sense of the mobile phone from the color, but from the author's own point of view, the total feeling of light color is slightly frivolous, or the darker system is more desirable for the author, this time the Lenovo Z6 Pro is black. On the back of the fuselage of the Lenovo Z6 Pro, the red and black color scheme of the inspiration source is used. The whole back is mainly black, and the left part of the lens from the back is a red streamer from top to bottom. In normal ordinary light. It can present a very dynamic picture. Color, light and shadow and 3D four through a special streamer process and 17 layers of 3D coating technologySurfaceThe fuselage is cleverly combined, and the force and speed are presented in the back cover of the fuselage through the color form. I like this. 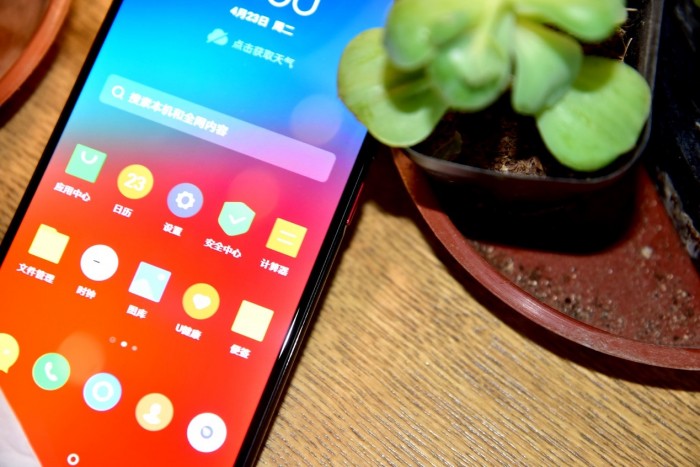 Lenovo Z6 Pro adopts a new patented innovative architecture design. The nano-level suspended spray glue technology can ensure that the narrow frame of the screen is not tilted. The four-shot lens on the back side is arranged vertically, and the sealing design of the camera can ensure no dust. Lenovo Z6 Pro supports the sixth generation of optical fingerprint technology, which can be unlocked instantly. This technology not only allows users to enter the mobile phone system faster, but also makes Lenovo Z6 Pro have a higher screen ratio. From the author's actual comparison test, compared to the Z5 Pro, Lenovo Z6 Pro unlock speed is indeed smoother and faster. 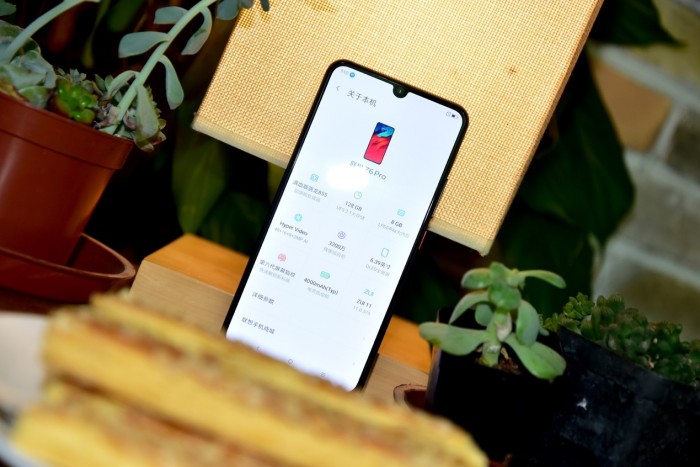 For some low-end and mid-range machines, sales slogans with balanced performance or performance can often be used, but from the author's point of view, these are nothing more than sales skills of insufficient mobile phone performance. As a main machine, the performance of mobile phones must be in place. Otherwise, it is not enough to support the needs of social, photography, games, multitasking and even mobile office. Lenovo Z6 Pro can be said to be equipped with "hard goods" - the new generation flagship platform Xiaolong 855, only such a high-end flagship platform is worthy of the title of the flagship mobile phone and the main machine.

Looking at the configuration parameters can only have a general feeling about the overall performance of the mobile phone. We use the Antu rabbit to run a point directly, and everyone is more intuitive. From the high score of 366621 in the running screenshot, we can see that the performance of this flagship is strong. 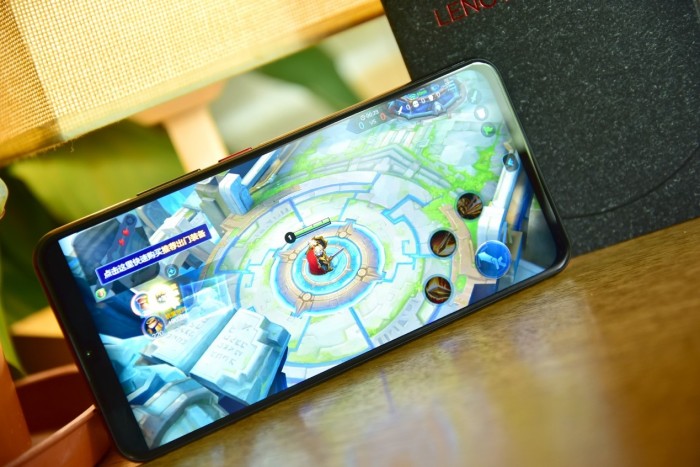 Usually playing large mobile games, in addition to the high requirements of the core processor, the mobile phone's running memory and storage memory are also higher requirements. The Lenovo Z6 Pro I got is 8GB running memory +128GB storage memory configuration, plus the blessing of Snapdragon 855 flagship platform, it can be said that the performance is wild enough, whether it is more open or random download storage, Lenovo Z6Pro can be easily handled. 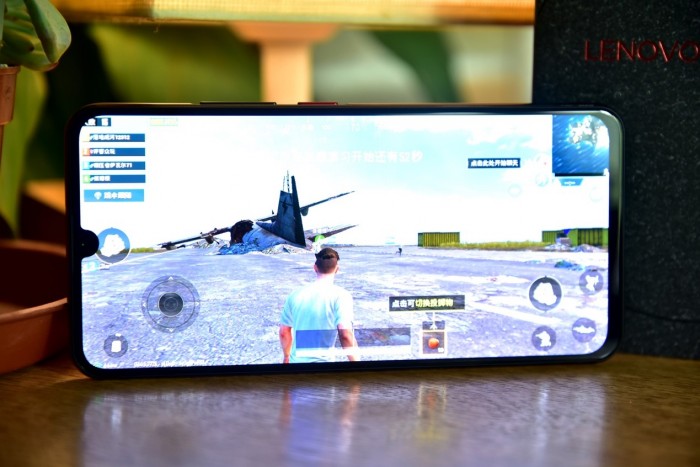 When it comes to playing games, everyone is definitely concerned about the heat dissipation problem of mobile phones. In the past, mobile games played a long time and it was very hot. Some mobile phones were even named as "warm hand treasures". This time, Lenovo Z6 Pro also adopts the popular PC-class liquid cooling heat, and has built-in the industry's largest 5mm heat-dissipating copper tube, which can keep the phone cool during long-time high-speed operation, such as long-time play and large-scale mobile games. ".

Endurance This issue Lenovo Z6 Pro also gave a good solution this time. Firstly, a 4000mAh large-capacity battery is built in, which guarantees the endurance ability from the hardware. In terms of software algorithms, Lenovo Z6 Pro has AI Extreme Power Saver 4.0 algorithm, with longevity charging 2.0 technology, which can fully extend the battery life. 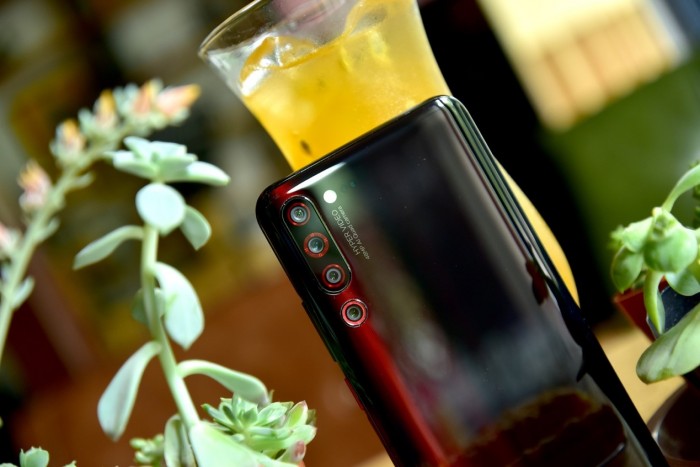 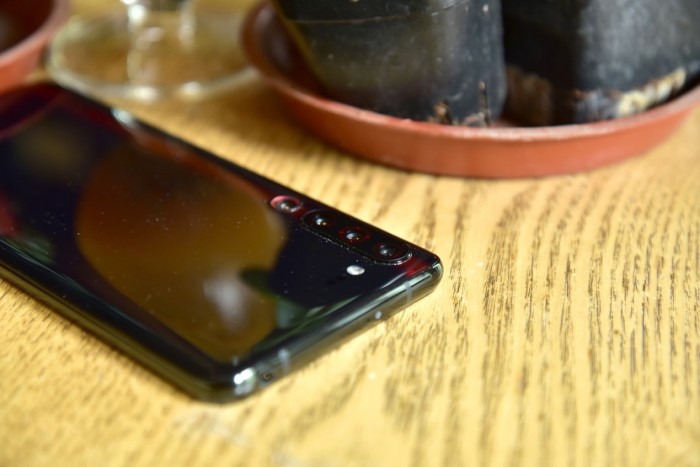 Lenovo Z6 Pro brought us a super video AI four shots this time, and claimed to be "the pathfinder of the 5G video era." Z6 Pro was defined by Lenovo as "the world's first computer vision ISP". In this definition, the Snapdragon 855 can be said to be indispensable. The Qualcomm Spectra 380 ISP built into the Qualcomm Spectra 380 ISP, integrated with a large number of hardware-accelerated computer vision (CV) capabilities, is the world's first CV-ISP to support state-of-the-art computing photography and video capture while reducing power consumption by up to 4 Times, it can be said that it sets a new standard for excellent photo and video shooting. 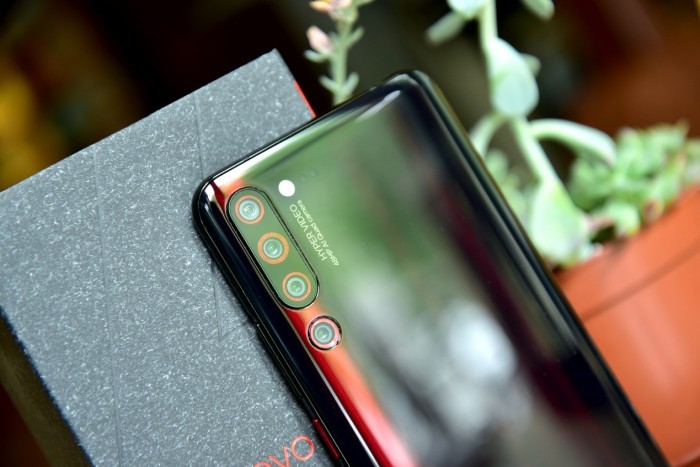 Seeing the above definition, I believe that everyone feels a bit confused, after all, is a terminology, the average user is still familiar with the following hardware configuration. The Lenovo Z6 Pro uses a four-camera solution on the rear camera. The four cameras are a 48-megapixel main camera + a 16-megapixel super wide-angle lens + an 8 megapixel telephoto lens + a 2 megapixel night-time shot lens. It is a 32-megapixel flagship lens. I remember that yesterday, the vice president of Lenovo Group and the general manager of the mobile phone division, exposed the core parameters of Lenovo Z6 Pro on Weibo, clearly indicating the pixel synthesis of the Lenovo Z6 Pro front and rear camera. More than one hundred million this point, it seems that it is really true. 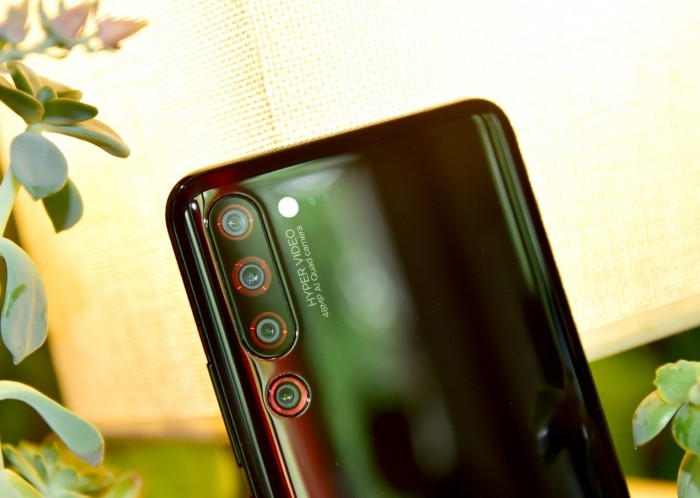 From the above two paragraphs about the Lenovo Z6 Pro rear camera and front camera parameters, I believe that ordinary users can also feel the Lenovo Z6 Pro in the camera. So simple summary, in fact, Lenovo Z6 Pro has more light, more wide field of view, clearer shots, and stronger nighttime sensitivity. It is said that light does not practice fake, so don’t light Looking at the parameters, it is more objective from the actual perception of the author's actual shooting sample.

Really making proofs often give people the feeling of being the most real, and also best reflects the true strength of a mobile phone in a variety of light environments. From the real proofs, it can be seen that the Lenovo Z6 Pro can be said to be worthy of the name. It is cloudy on the day of shooting. The focus is fast in the daylight environment, the color reproduction is real, the sharpness and detail of the picture are also in place, the resolution and white balance. All are good, and the progressive depth of field effect is obvious, not just a simple blurring of some mobile phones.

Here I still want to compare the wide-angle and macro photos so that everyone can feel the actual effect. The above two are wide-angle contrast, the upper is not wide angle, the lower is wide angle, you can see that in the same shooting distance, the camera lens has a wider viewfinder, and the field of view is more open.

Then the macro contrast, the upper is not open macro, the bottom is open macro, you can clearly see the same close-range shooting, open the macro to quickly focus to shoot, the macro is not blurred Cannot focus for clear shooting.

Earlier we mentioned that the Lenovo Z6 Pro has a larger amount of light and a stronger night light sensitivity. The author deliberately took a dark light environment (coffeeSamples in the library meeting room relying on only one warm dim light. From the sample analysis, Lenovo Z6 Pro is relatively in control of the noise reduction in the dark environment, and the overall night picture is relatively clean and clear. Compared with Z5Pro, Lenovo Z6 Pro can be said to have made a lot of effort in taking pictures, and it has improved a lot. 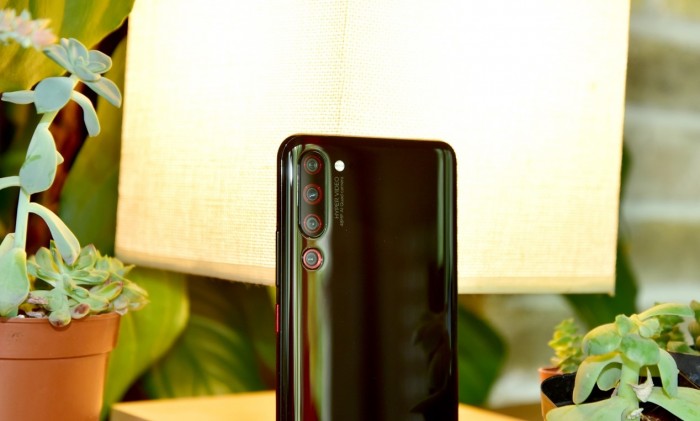 Since it is a super video AI four photos, then Lenovo Z6Pro naturally in addition to taking pictures in the video shooting is also a bitter work. Lenovo Z6 Pro this time provides a complete solution called HYPER VIDEO, from the super video AI four camera hardware + software algorithm optimization two-way to provide users with clearer, higher quality video capture capabilities. The night view, wide angle, macro and other functions on the camera function can also play a perfect role in video shooting. Here is a point, that is, for those who like to take selfies, Lenovo Z6 Pro also brings beauty and beauty functions, whether it is taking pictures or video, you can intelligently slim, face-lift, stovepipe, thin waist, increase is not a problem . 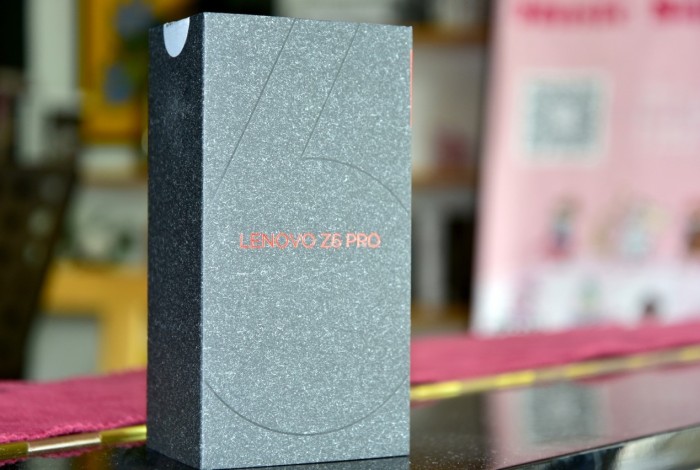 For the positioning and definition of Lenovo Z6 Pro, compared with the previous generation Lenovo Z5 Pro has a big difference, from the flagship core of the 骁 855 flagship platform to super video AI four photos, Lenovo Z6 Pro flagship mobile phone everywhere Positioning. As a flagship mobile phone, not only has a flagship processor, but also in the camera, battery life, user experience and other aspects of the Kung Fu optimization, enough to see the fullest sincerity of Lenovo. Compared with the previous generation, the thinner body, Snapdragon 855 flagship platform, super video AI four-shot, 4000mAh large-capacity battery, excellent industrial design, wild storage configuration, liquid cooling technology, etc., let the author Lenovo has re-established confidence. When I was thinking about it, when Lenovo launched the first generation of Music Phone, the author was a hardcore fan. At that time, Lenovo’s innovation could be said to have been concentrated. In the past few years, Lenovo’s silence has also made the author regret it. However, this time I saw the release of Lenovo Z6 Pro. After actually experiencing the mobile phone, I seem to see Lenovo regaining that innovation and vitality, although there is more room for innovation and improvement in technology. However, in the face of Lenovo Z6 Pro's sincere and full of innovative works, we have reason to believe that Lenovo can bring us a better flagship product.