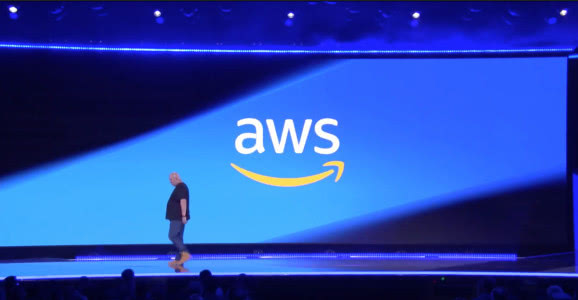 Tencent Technology News, April 25 news, according to foreign media reports, AWS is a subsidiary of Amazon, providing on-demand cloud computing platforms, applications and services to millions of customers around the world. The company announced today that it will launch a new regional data center —— AWS Asia Pacific Region in Hong Kong to accelerate its expansion in China.

Peter DeSantis, vice president of global infrastructure and customer support at Amazon, said: “Hong Kong is recognized as a leading financial technology center and one of the best places for start-ups to do business. Therefore, many customers require We set up an AWS region in Hong Kong so that they can build on the world's leading cloud computing platform, which requires the broadest and deepest feature set. By setting up an AWS region in Hong Kong, we hope this will enable more customers to change their end-user experience in a more flexible and innovative way in the coming decades. ”

Nicholas W. Yang, Director of the Hong Kong Innovation and Technology Bureau, said: "We are very pleased to see the official launch of AWS Asia Pacific (Hong Kong), and this work is at a time when we embrace digital transformation and become an international innovation and technology hub. Data has become a new currency in the digital economy and a new impetus for innovation. This infrastructure is an important part of promoting technological advancement, greater innovation and a faster digital transformation. The opening of AWS Asia Pacific (Hong Kong) has also strengthened our leadership as a data center and has placed Hong Kong in a position to lead the next wave of data-related technological innovations. ”

Amazon says customers in more than 190 countries and territories are using AWS, including hundreds of thousands of customers in the Asia Pacific region. Over the next few months, AWS plans to open 12 more Availability Zones and 4 AWS Zones in Bahrain, Cape Town, Jakarta and Milan. (Tencent Technology Review / Jinlu)

Related news
Amazon opens regional AWS data center in Hong Kong to accelerate expansion in China
Amazon AWS Chief Cloud Computing Enterprise Consultant: We are going through a technology shift period
Heavy! AWS China celebrates female coach: Zhang Wenzhao
Amazon launches the AWS quantum computing service brand
Netease game chooses AWS global infrastructure to accelerate overseas market development
Hot news this week
Apple is recruiting neurorendering research scientists to create immersive experiences for AR/VR products
Tesla China will take the initiative to significantly reduce production if it still fails to sell by 40,000 yuan
The Internet reported that the Shanghai factory would voluntarily cut production by 20%, Tesla responded
Hangzhou Internet Court: NFT digital collection belongs to the network virtual property, protected by law
Amazon has withdrawn a new offer from its retail division, cutting off new employees who were due to start early next year
You know what? Looking at your phone while driving is the equivalent of driving blind for about 50 meters, which is extremely dangerous
The United States has approved the first fecal transplant to treat disease by transplanting someone else's feces
Dalitsu, a lens supplier for Apple's iPhone 14, reported revenue of NT $5.231 billion in November, up 20 percent from a year earlier
Transsion Holdings: Established a global strategic partnership with Google to carry out in-depth cooperation in areas such as Android system
Do the most lightweight and smooth system! - MIUI 14 will come soon: The flagship will also be upgraded two years ago
The most popular news this week
Activision Blizzard CEO says Microsoft acquisition will go ahead, FTC allegations are factually incorrect
Experts: do not take ibuprofen if you eat Lianhua Qingdian, separate Chinese and Western medicines
Up to 56 cores! The new generation of Intel processors is coming.
Upgrade second regret! Serious problems after AirPods Pro 2 update
Apple got Sony's flagship sensor! iP15 is now more expected
Ibuprofen does not have to compete for the world's largest production capacity in China: one company is enough for 3.3 billion people.
QQ level first in the world! I responded to make netizens envious: the family opened the Internet cafe
Cook's "no" to Musk: cost Apple 4.4 trillion
AI paintings fetch a record price of 1.1 million! Baidu's AI painting was tested and the result was amazing
Burst! Tesla China discontinues Model Y production