Can you socialize after listening to music and reading reviews? Netease Cloud Music Wants to Trial with Small Programs 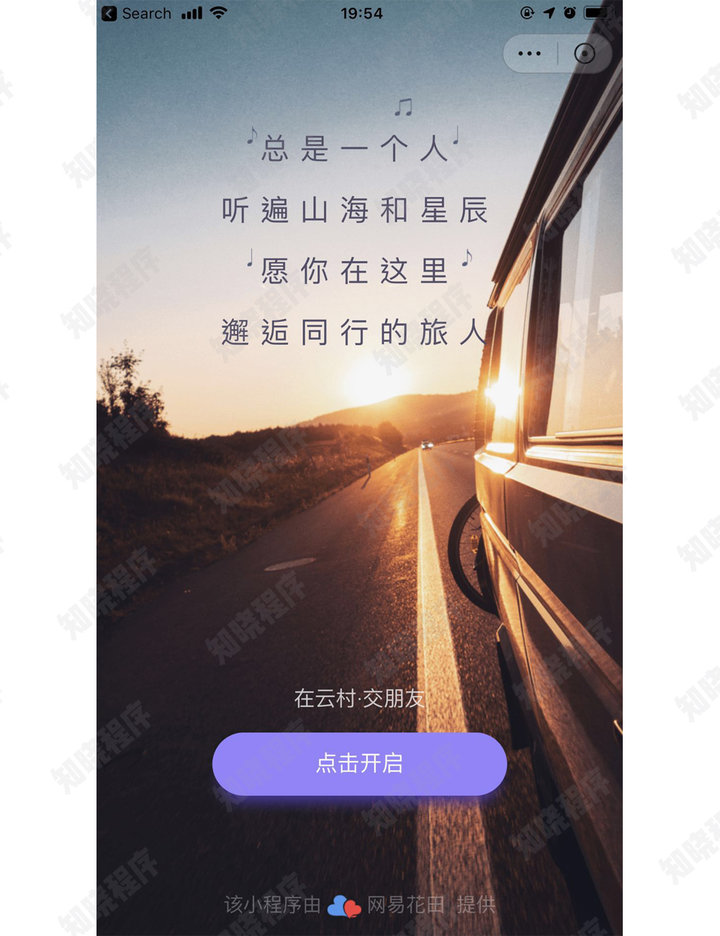 Comparing with the music recommendation mode of "private recommendation" which is the first small program of Netease cloud music, "making friends in Yuncun" seems to be more perfect and more like the extension of the platform's function.

In Yuncun, Make Friends with Music

"Yuncun Friendship" is an internal testing program. At present, only users who have received an invitation to make friends in Yuncun can enter the program through the notification board of "Yuncun Friendship". Knowing that Jun received an invitation to "make friends in Yuncun" after installing version 6.0.2 for iOS of NetEasy Cloud Music. After experiencing, we found that the two entries of the applet are the private mail entrance of the invitation for internal testing and the function entrance of "discovery" on the home page. 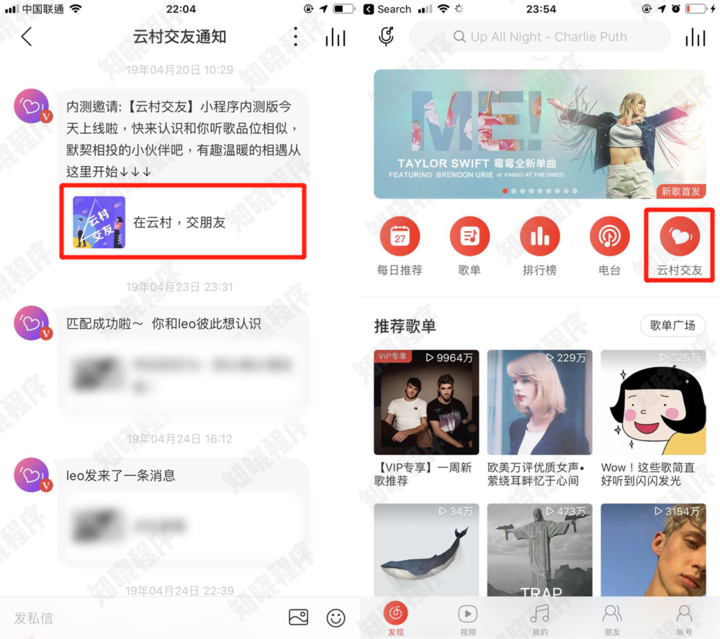 As a small program for making friends, left-slip and right-slip gestures are easy to associate with exploration. The biggest difference between "making friends in Yuncun" and "exploring" is the recommendation algorithm of artificial intelligence. Exploration is more about recommending applications based on geographical location, while "Yuncun Friendship" is an application that matches users according to music tastes. 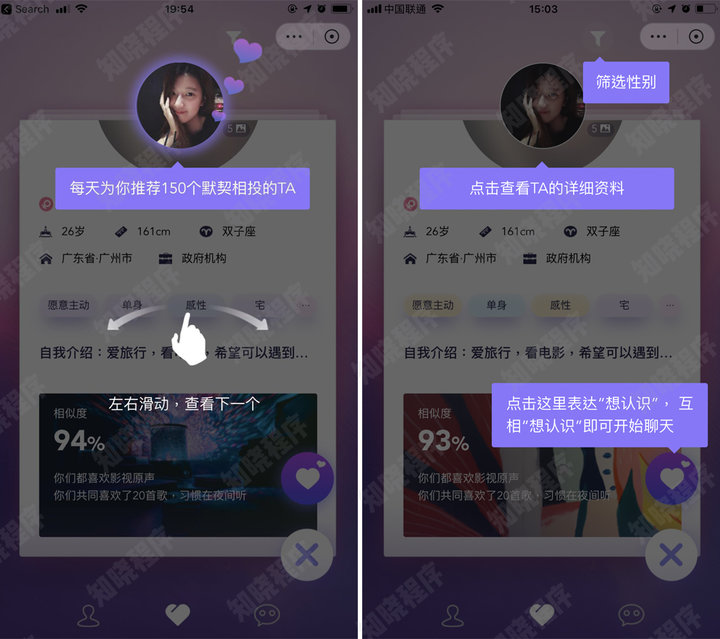 By entering small programs and choosing their own music preferences, users can help the system make more accurate recommendations. Recommended singers, favorite songs, favorite albums listening records in the past week are all music tastes information that will be displayed publicly. Users only need to complete the settings. 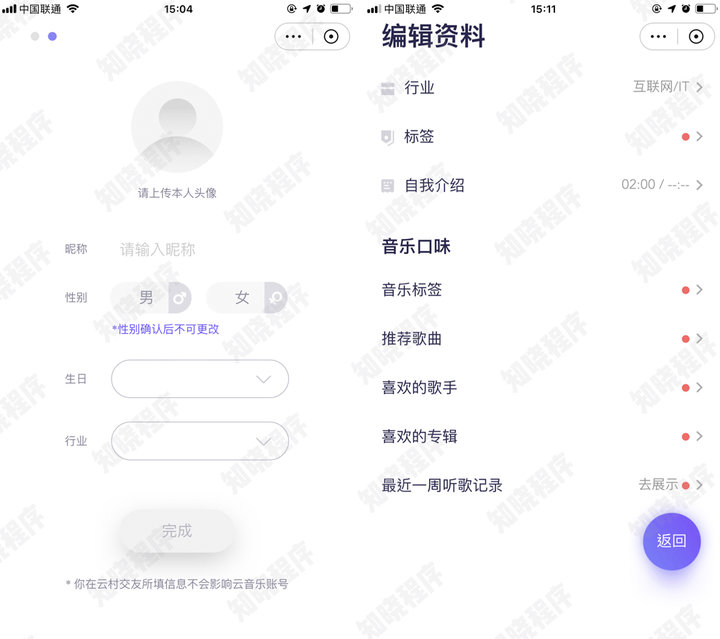 Mini Programs will recommend 150 similar users to you every day, the bottom will show the similarity between the user and you, and will also extend to show some relevant music content summary. "you all like the original sound of the movie." "he likes to listen to songs in the morning." you all live in XX. "you both work on the Internet / IT."

There are also some specific labels at the top of the information display page, such as age, height, industry, constellation, and area.

All in all, user text settings always try to catch your eye in the first place. If you are interested in a recommended user, you can click on the love in the lower right corner to express your desire to know and wait for the response from the other party. 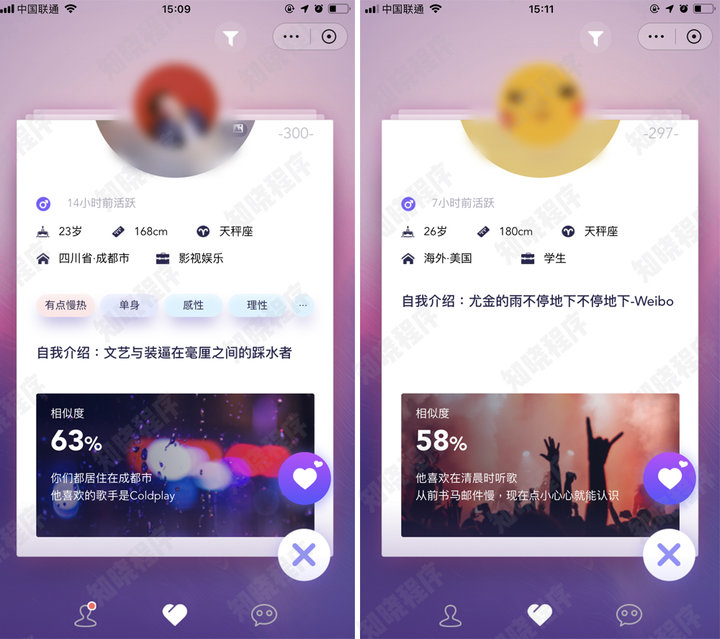 What should I do if I do not want to see same-sex/heterosexual recommendations for the purpose of dating/making friends? Click on the funnel pattern on the upper right to select "only see the opposite sex" or "gender-free".

We have also introduced many small programs like "Yuncun Make Friends" which use hobbies to connect users. One of them is Netease Snail Reading's small programs: "One week CP" can also play a new trick? Netease this small program allows you to read and love both right. 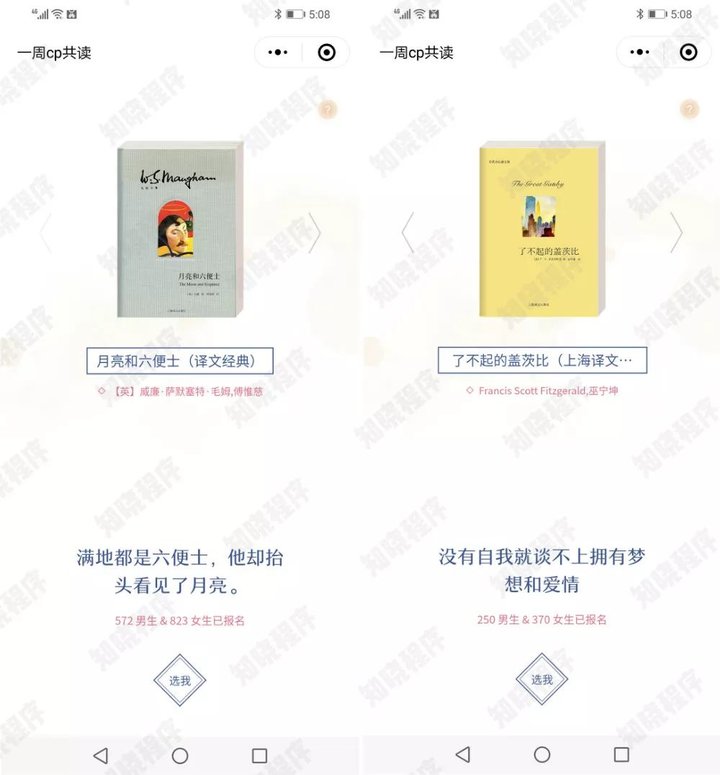 With aggregated social applications of interest, the "Yuncun Friendship" built in the NetEasy Cloud Music App will have more personal data reserves than the snail reading app. Information such as music listened to in a week, favorite albums and so on is like "circle of friends". It shows more personal characteristics and more personal information to friends, which is the basis of music social development.

In addition to the "Yuncun Friendship" program, we can also see that Netease's cloud music application itself has a certain community atmosphere. In Literary Life, it is said that social intercourse can be simply understood as finding friends with similar interests, thus forming an interactive circle. As a well-known music application, NetEase Cloud Music can use music as a social medium, bringing together people with common tastes.

When it comes to NetEasy Cloud music, most people think of the commentary area of NetEasy Cloud music for the first time as a part of it. With a huge user base and active comment area, users who have the same preference for specific content can basically find resonance from the high-quality UGC content of Netease cloud. The commentary area of every song of Netease cloud is the palace of communication. Users'self-made song lists also have natural social attributes. 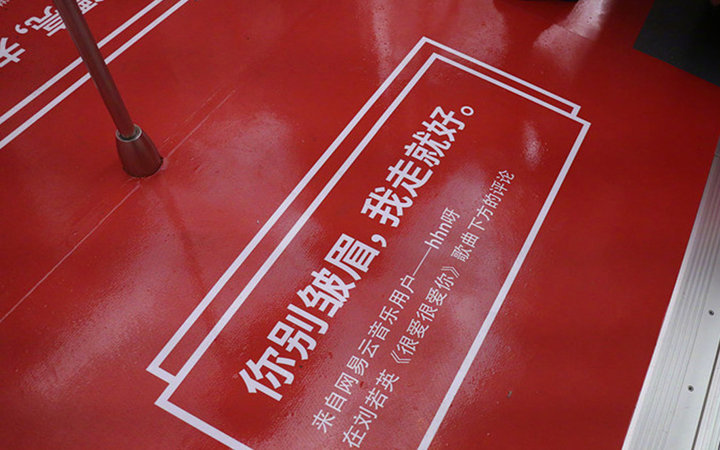 The attempt to transform the advantage of one's own application into a social one can not only help the application itself improve the activity of the community, but also further tap the business value of the user. It is also necessary to mention here the provider of Mini Programs's service of "making friends in Yuncun". 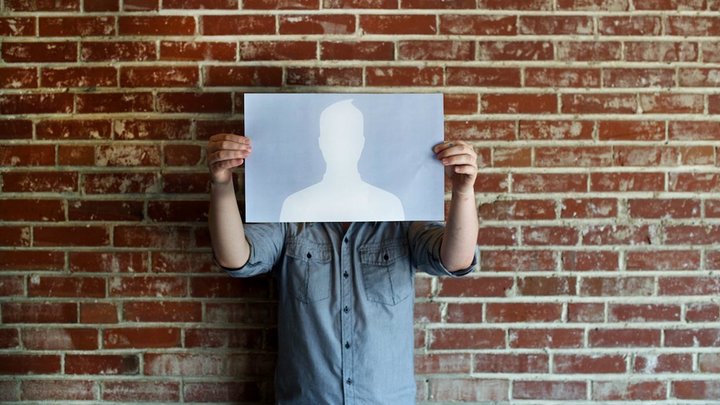 NetEasyCloud Music has an entrance to its own services on a platform with a huge user base. The entrance of this small program may be able to attract users to the platform, and the social foundation of the platform itself collides with the active users of Netease cloud music. It may also bring more opportunities to Netease cloud music. This opportunity may be a new direction or a new commercial value.

It is worth mentioning that this membership system seems to exist independently. Its price is higher than that of members of Netease Cloud Music, but lower than that of members of Netease Huatian, a small program service provider. That is to say, between Netease's cloud music and Huatian, "Yuncun Friends" not only makes social and music attempts, but also has a membership system in which prices are between them.

If Netease Huatian and Cloud Music together try to present in the form of app, then the cost of promotion will be better, and the path of user download will be longer.

We are in the "How long has it been since you downloaded the new App?》 As I have also written, the enthusiasm of smartphone users for new applications is fading. Trial with small programs in apps where users have formed their habits of use, which can not only get the first batch of users at low cost, but also complete more direct transformation and trial-and-error in a more efficient way.

Netease Huatian's "making friends in Yuncun" is only the second small program of Netease's cloud music app. Compared with the first small program "Private Recommendation", Yuncun Friendship may be more like a complete small program, which is another extension of the platform's own functions. It can be said to be a step outward, a social attempt with small programs.

The attempt to make friends in Yuncun may not be an example. Next time, there may be cross-border platforms such as Netease News, Netease Koala and Netease Snail Reading. Combined with music, the existing platform services of these brands can fully expand the boundaries of a single app and help the platform make further attempts. Even further, the small programs that we have seen in Weixin, Baidu and today's headlines that combine music also have the possibility of appearing in Netease's cloud music. It all depends on whether developers are willing to stay and whether Netease Cloud Music is willing to open its doors. 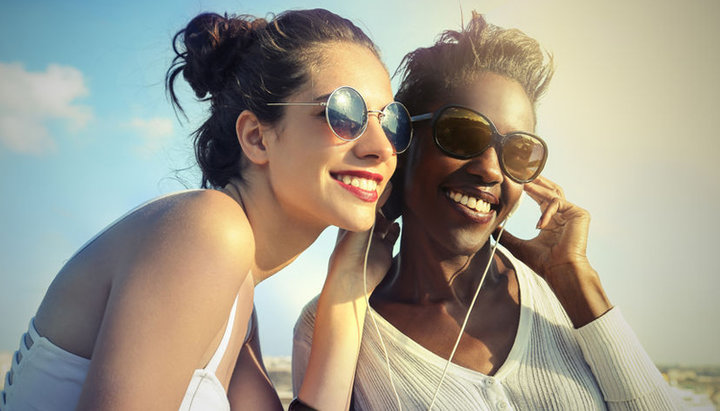 It's not just Netease Cloud concert to try with small programs. WeChat, Alipay and Baidu are pioneers in the exploration of small program expansion services. "Daily robbing" is an attempt by Taobao and Alipay to buy some small things directly in Alipay. "Tencent live broadcast" is an attempt made by the team on WeChat, which can see high-quality live content in WeChat. "Swiss" smart applet is an attempt by Baidu and a government in service, which directly brings users high-quality integrated information services.

As the number of small programs increases, a single app may do more. The applet is the moat of app. The development of the applet may eventually create a mature and dynamic ecosystem. 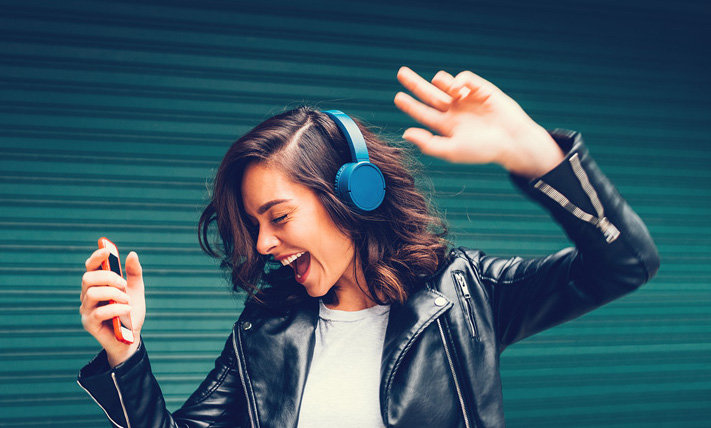 NetEase's musical social networking is also part of this attempt. However, during the experience, we also found some problems. For example, NetEase Mini Programs entrance is only a single entrance, whether it is "private recommendation" or "Yuncun make friends," NetEase Cloud Music has not yet a unified Mini Programs entrance. For users, the entrance to the service is single, which is not conducive to the formation of user habits and the exposure of Mini Programs.

User base is relatively small, it is difficult to attract high-quality developers without more traffic dividends; user habits are difficult to cultivate, and decentralized entrance is not conducive to the development of the platform; lack of iconic small programs and user awareness, Netease cloud music on the small program is still in a low-key stage of development.

We also need to continue to observe how this "Yuncun Friends" will perform in social exploration.

Related news
Can you socialize after listening to music and reading reviews? Netease Cloud Music Wants to Trial with Small Programs
How does Yiyun Music Continue its Social Dream?
You can generate the annual song list on Apple Music
Why do I suggest you switch to Apple Music
Hot news this week
Zhao Lijian responded to the British "blocking" Huawei: generalizing the concept of national security harms others and harms themselves
Zhao lijian said the UK's decision to block Huawei under PRESSURE from the US was damaging others and not benefiting itself
Tencent web drama "Beginning" Douban opening score 8.2: the male protagonist's mobile phone has become a highlight!
Samsung's new notebook patent publication: the keyboard is divided into two-quarters after two folds.
AsiaInfo Technology Announces Acquisition of iResearch Consulting to continue to increase digital operations and digital and intelligent transformation
Canon China plans to close some production lines in Zhuhai in response to the zhuhai company's suspension of production
Breakthrough: Chinese scientists have discovered and confirmed the boson exotic metal for the first time
Volkswagen's sales in China plummeted, a record low in 8 years! The CEO revealed the reason for the helplessness
Only 2 decisive headphones Class A Certification of the Ministry of Industry and Information Technology? Perhaps it is misunderstanding
1KW electric energy production 3KW heat Tesla hot pump low temperature hidden dangers were investigated
The most popular news this week
Can Jay Chou listen free? Look at 15 seconds, listen to 30 minutes song, QQ music internal test free listening song mode
Activision Blizzard employee: It's good that the company is being bought by Microsoft. Maybe it can be saved
The Hang Seng Technology Index is 0.95%: Netease has fallen over 3%, and the quick hand fell over 2%.
China's groundwater resources reserves are identified for the first time: the southern freshwater reserves account for only 5% of the country's total
Microsoft Gaming Executive: Had a friendly call with Sony management
The United States seeks to contain scientific giants Google 2021 year tour spending increased by 13 million yuan
QQ Music ranked third among the world's most popular music platforms
IPHONE open side load? The US Senate Group has approved the bill to vote
钛媒体科股早知道：价格创十年新高，需求占比或提升5倍以上，特斯拉全球出击疯狂抢占该资源；国家卫健委研究出台更多积极生育支持措施
Take stock of Microsoft's top ten acquisitions: 3 of the more than 10 billion US dollars Nokia is not in the top 5