The arrival of the mobile Internet tide, entering the baseband business

Intel officially entered the baseband market, which was already eight or nine years ago; the way it was adopted was simple – acquisition.

In August 2010, after announcing the acquisition of McAfee, the world's largest security technology vendor, for $7.68 billion in cash, Intel announced that it would acquire Infineon's wireless business for $1.4 billion in cash. In such an eager buying rhythm, Intel's ambition to enter the wireless communications market is evident.

It is worth mentioning that at the time,iPhoneIt has already led the industry trend, and the iPhone 4 has only been released for two months, but it has already attracted much attention. At the same time, the first three generations of iPhones use Infineon's baseband chips, and on the baseband of the iPhone 4, Apple began to use Qualcomm and English. Two suppliers from Feiling (but Infineon remains the main supplier). 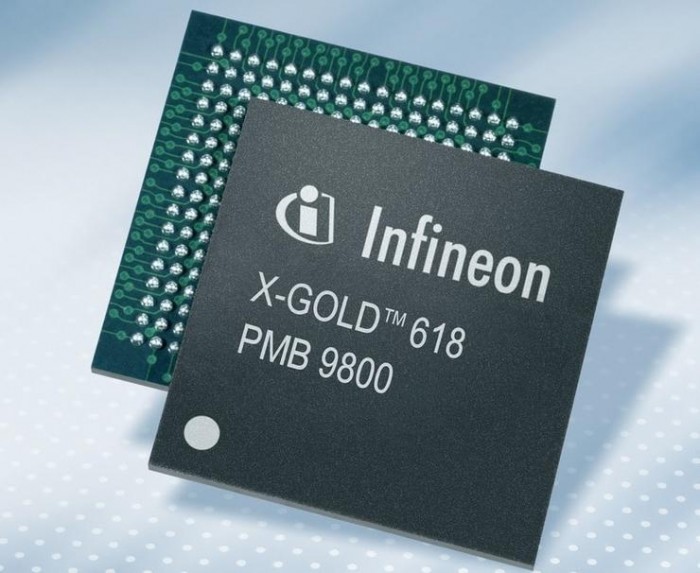 It can be seen that Intel's acquisition of Infineon's wireless business clearly takes into account the partnership between Apple and Infineon.

However, for this acquisition, Intel's then CEO Otellini said that the customer relationship between Apple and Infineon is not the main reason for this acquisition, because the long-term direction of technology is more important; Intel hopes that 3G and LTE technologies are integrated into the chip to protect its economy and market position.

Despite this, he also said in an interview that Apple’s CEO, Steve Jobs, was very happy with Intel’s acquisition.

Technology lags behind Qualcomm and falls into the baseband dilemma

I was hoping to continue the relationship with Apple, but it turns out that starting with the iPhone 4s in 2011, Apple began to use Qualcomm's baseband chips in all models; even if it acquired Infineon's wireless business, then Intel Also can't get on the iPhone Express.

Fortunately, Intel has inherited other customer relationships from Infineon, so after the acquisition, its 2G/3G baseband chips can still be used in some models of Nokia and Samsung. For example, in the models released in 2013, the baseband used by the Nokia 502 is the Intel XMM 2230, while the Nokia 503 uses the Intel XMM 6140 processor; Samsung is also in the international version of the Galaxy S4.Mobile phoneIntel also uses Intel's XMM 6260/6360 3G baseband.

Of course, the 2G and 3G basebands are only heritage, and 4G is the future.

In February 2013, at the MWC of the year, Intel released its first 4G baseband product XMM 7160, which supports 4G LTE, manufactured by TSMC 40nm CMOS process, and the supporting SMARTi 4G transceiver uses TSMC 65nm – although this A baseband has been certified by various first-line operators in North America, Europe, and Asia, but there are not many specific applications. The more famous products are the Samsung Galaxy Tab 3 10.1-inch version of the tablet, others are not well-known. The product has also been used.

However, compared with Qualcomm baseband, Intel is lagging behind in the 4G market cooperation and technical process.

From the partner's point of view, Qualcomm baseband won Apple, Samsung,MilletMajor customers such as OPPO and vivo are in full swing. Technically, Qualcomm introduced the MDM 9615 chip based on the 28nm process in 2012 and used it for the iPhone 5, while Intel still uses the 40nm process in 2013, naturally it is not. Will be favored by many customers. 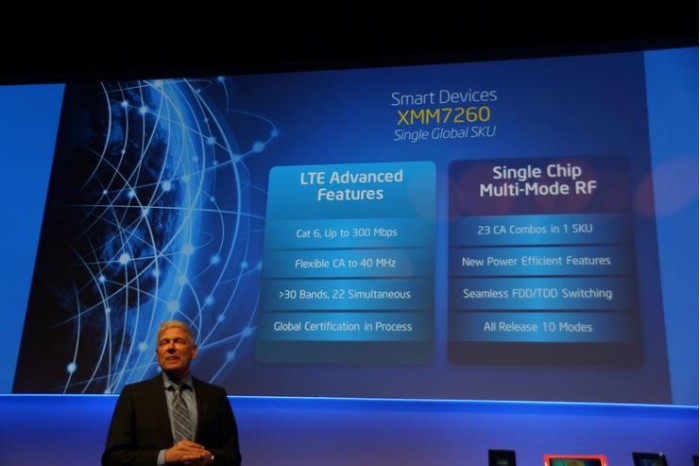 In 2014, Intel announced the 28nm XMM 7260 LTE-A baseband, and Samsung's Galaxy Alpha International Edition became the first smartphone to carry this baseband. Due to Qualcomm's monopoly on CDMA, this chip does not support CDMA networks, and it will not be able to achieve full Netcom. In 2014, under the blessing of Qualcomm's MDM9625 baseband, the iPhone 6 series was released, and Apple launched the full Netcom mobile phone in China.

In this case, Intel's mobile and communications division for the mobile market experienced a serious loss and experienced a restructuring. Despite this, Intel still did not give up, in the spring of 2015 released the 28nm XMM 7360 baseband chip, manufactured by TSMC.

And this is the XMM 7360 chip, so Intel finally got on Apple's express.

Take the Apple Express and greet the moment of high light

One of the big backgrounds between Intel and Apple at the baseband chip level is that Apple hopes to ease its reliance on Qualcomm's baseband and adopt a dual-vendor strategy; therefore, when Apple plans to launch a new iPhone in 2016, Intel finally finds an opportunity.

In the iPhone 8 era, Apple still adopted a dual baseband vendor strategy, the specific models are Qualcomm's Opteron X16 and Intel's XMM 7480; but from the test of Cellular Insights, Qualcomm's X16 is still faster than Intel's XMM 7480— - Of course, in the Chinese market, the Bank of China's iPhone still uses Qualcomm baseband.

In February 2017, Intel finally launched a XMM 7560 baseband that supports Full Netcom, the first LTE modem based on Intel's 14nm process technology. With the litigation between Apple and Qualcomm globally, Apple finally decided This baseband is fully used in the latest generation of three iPhones (iPhone XS/XR/XS Max) released in September 2018, including the Chinese market. 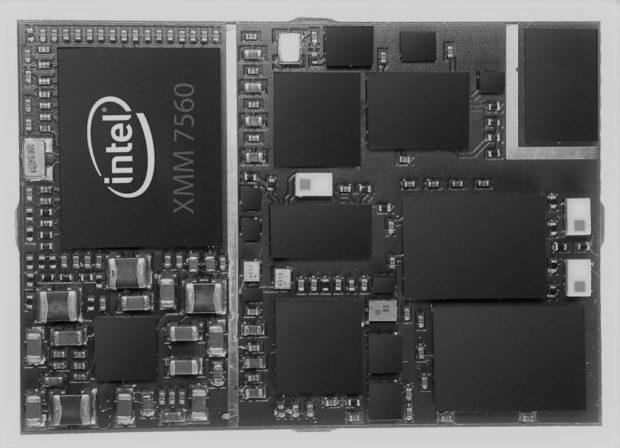 This cooperation can be said to be the highlight moment of the Intel baseband chip.

Of course, after the XMM 7560, Intel has also announced its successor XMM 7660; no accident, the new iPhone 2019 will use this chip (even if Apple and Qualcomm have resumed cooperation).

Exit the 5G baseband market and only seek to sell

At the time, Intel also announced that it would provide support for customers to launch 5G mobile phones in 2020 - now, of course, it will not work. 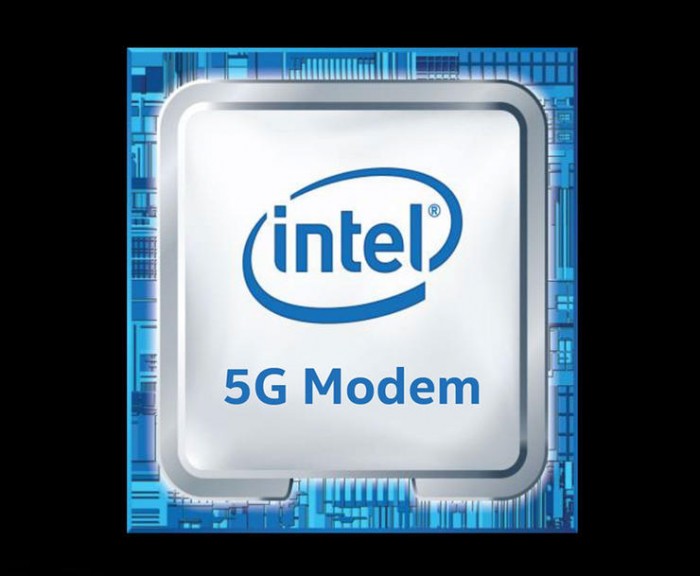 With the resumption of cooperation between Apple and Qualcomm, Intel officially announced its withdrawal from the 5G smartphone modem market – which basically gave Apple's 5G orders to Qualcomm. From the market situation, after losing Apple's big customer, despite the accumulation of people and technology, Intel's baseband business has become a drag.

Therefore, Intel is eager to sell the baseband business.

According to foreign media, Intel has received letters of intent from a number of companies and hired Goldman Sachs Group to manage the process, but it is still in its infancy. Some people familiar with the matter said that if a deal is reached, Intel may receive billions of dollars in revenue. Previously, when asked if they were considering selling a 5G mobile phone modem business, Intel CEO Bob Swan said the company was "evaluating what is the best option for our intellectual property and employees."

In the future of Intel's baseband business, Patrick Moorhead, head of Moor Insights & Strategy, believes that in addition to Apple, other potential buyers may include Broadcom, ON Semiconductor, Samsung Electronics or Violet. He also believes that for Apple, despite the stagnation of Apple and Intel negotiations, the acquisition of Intel's modem business is still the best choice for Apple's self-developed baseband, because it can save modem development time.

Of course, for Intel, time is not waiting for people, selling early can sell more money.