Take the example of Xiaobian, I have already got on the subway to go home after work. Suddenly I have to add one or two sentences to the manuscript. I can get things done in a few minutes. Because the computer can't connect to WiFi, I can only wait for it. Or on the high-speed rail, the files that can be passed in a few minutes, because the 4G hotspots are intermittent, it will drag on for an hour. Even more frustrating is that the computer used to work, "strike", but the phone can also receive real-time greetings from leaders and customers "friendly greetings" &helquo… 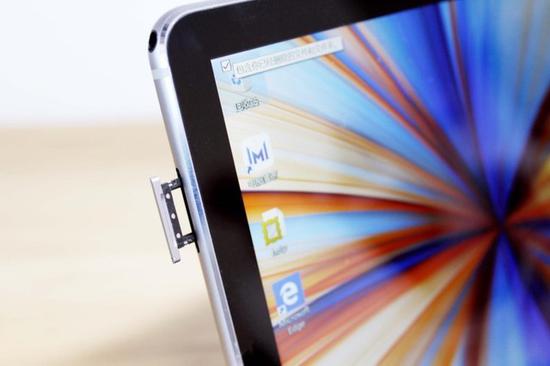 The feeling of crying and tears above, I believe that all of you have a deep understanding. So, is there a way to solve these small things that are as annoying as flies at work? Xiaobian I worked hard for thousands of years before the Buddha, and finally waited for this light and thin two-in-one notebook & mdash; — new HUAWEI MateBook E. The kind of work that is easy to work, easy to carry, and easy to use, “light” is a brand new version that slag will not tell you. 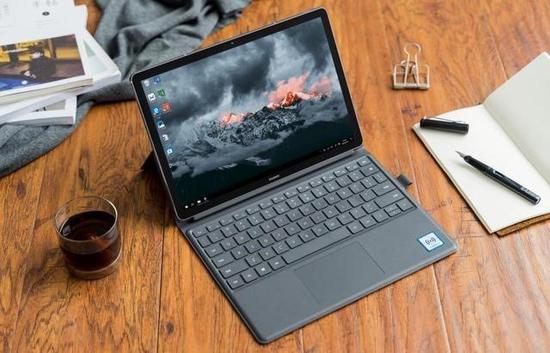 The new HUAWEI MateBook E is also equipped with 4*4 MIMO multi-antenna reception technology. In an environment with high signal strength, this technology can increase the signal speed, so that you can feel the crushing feeling in the office, and in the weak signal environment, you can improve the signal receiving ability, no matter you. Take the subway or the high-speed rail, take the elevator or the garage, even if you are in the middle of the deep forest, and beyond the five elements (this is purely for rhyme), the leadership of the work, customer feedback can respond in a timely manner, never drag. 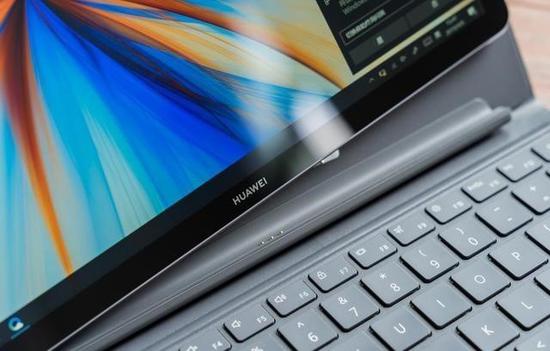 Moreover, compared to the many laptops that focus on white-collar biceps, the new HUAWEI Matebook E is really thin and light, as thin as 8.5mm and lightly only 698g. For the mobile office crowd, this is a go. The feeling of no stress is simply not too embarrassing.

In this age of beauty, looking good is also a kind of productivity. The new HUAWEI Matebook E has a textured back shell with a four-sided metal middle frame. When used in the flat mode, you can get a very comfortable grip. The diamond cut high-cut trimming design, combined with the delicate ceramic sandblasting process, plus There are two colors of charm sea blue and titanium gold gray. Seeing it has a pleasing feeling, and the working mood will naturally be much better. 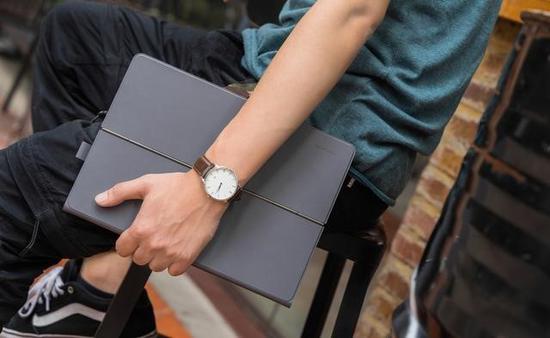 In order to let us see more on-screen content, the new HUAWEI Matebook E uses a 3:2 high-definition touch screen with a resolution of up to 2160*1440. In the actual experience process, whether it is PPT or PS Both get more display content than the traditional 16:9 aspect ratio screen, and the operation is full. 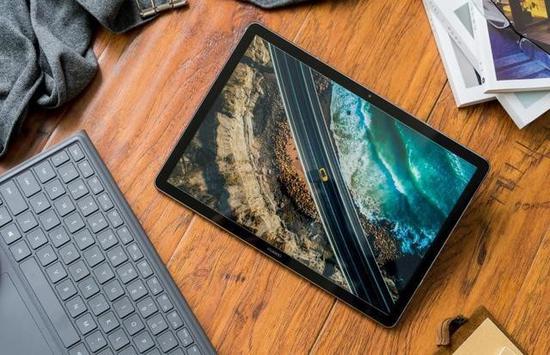 Since it is a two-in-one laptop, the new HUAWEI Matebook E naturally supports touch-screen operation, which is a big reason for grass-roots users who like to control their hands. Coupled with the optional M-Pen lite stylus, it supports 2048 high-precision pressure, giving you a smooth feel on paper.

At work, uploading a video photo of a mobile phone to a computer is a very common and cumbersome task. If you want to upload hundreds or thousands of content at a time, relying on third-party software alone will definitely crash you. At this time, Huawei Share, which has the ability to subvert traditional pictures and video sharing transmissions, is really a rescue.

As long as you have a Huawei or glory mobile phone with EMUI 9.0 and above and NFC support, you can use the Huawei Share one-touch function of the new HUAWEI Matebook E to achieve fast data-free and network-free transmission. 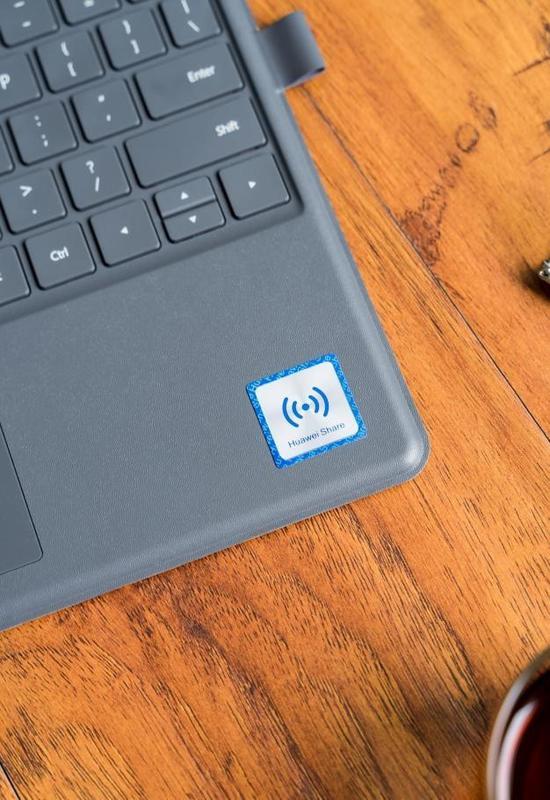 In order to further experience the transmission speed of a hit, Xiaobian uploaded nearly 500 photos at a time, and the result was transmitted in less than one minute. Compared with the data transmission or third-party software, it is fast and fast. Convenience, this efficient way of working will make you feel "light" to dark.

The power outage of the notebook is definitely a disaster in the work of destroying the earth. For better endurance, the new HUAWEI MateBook E has a built-in 36.3Wh (typical capacity) capacity battery. According to official data, it can achieve up to 10 hours of local 1080P video playback, or 8 hours of daily office needs. The standby time can reach 360 hours. In the actual experience, this value can basically be reached, so that you don't have to find WiFi or grab the power socket when you go out to work.

In short, the new HUAWEI MateBook E“boot-on-the-network, network not offline” full-time online feature allows you to respond to work anytime, anywhere, & ldquo; "Touch and pass" & rdquo; Huawei Share function to transfer between your phone and computer The file is extremely efficient, the light and convenient body and the two-in-one function make you lose a burden when you work in the office. The performance of other products is also tailored for the office crowd.

For everyone who wants to experience the “light” office age, the new HUAWEI MateBook E with 18 martial arts will be the best choice for your slim and light two-in-one notebook.

On April 30th, the new HUAWEI MateBook E started its first online sales. The official e-commerce platforms of official mall, Jingdong, Tmall and Suning were simultaneously sold, and mobile office tools are waiting for you!

Related news
The new HUAWEI MateBook E is coming with the support of Luan 850 platform.
The new HUAWEI MateBook E evaluation: light office era self-help green paper
16 GB Memory Windows HUAWEI Mate Book 13 Reel Dragon Edition Upgrade Time Limit in rush
In addition to 2K comprehensive screen, Huawei matebook 13 notebook upgrades touch screen
Excellent to excellent: looking at the future of high-end products from Huawei matebook x Pro 2020
Light and thin this performance limit! Huawei matebook 16 highlights summary
Huawei matebook's new product is equipped with windows upgraded version of Huawei application market and supports running mobile applications
Huawei's preheated MateBook E 2-in-1 laptop: Ultra-narrow bezels, released on November 17
The first Win11 two-in-one product! Huawei MateBook E opens pre-orders: Double the deposit
Hot news this week
Monkey acne cases have ranked first in the world that the United States has announced the emergency state of public health
Credit card points rule intensive adjustment online transaction points more "valuable"
High reserves and low cost experts: calcium ion batteries replace lithium batteries to stand up to the daily
Alibaba executives interpret financial results: the focus of the consumer side is no longer to attract new, but to do a good job in stratified operation
Losses in a single quarter of $ 23.4 billion a record, SoftBank did not carry the plunge of technology stocks and the devaluation of the yen
The prevention and control of the American Monkey epidemic has failed. What should I pay attention to?
Sources say Samsung's Galaxy Z Fold4 is going up in price: a 512GB top unit will cost more than 13,000
Is the micro -business headache? WeChat friends are suspected to have a big move: 7 can only be posted a week
Kuaishou launched a self-developed cloud intelligent video processing chip: The chip has been streamed successfully
The new product of Xiaomi MIX is coming: both internal and external dual -screen has been upgraded to make up for the previous generation.
The most popular news this week
Ali's largest shareholder sells 34.5 billion US dollars: completely losing the board seat
Meizu Pandaer Great: All products are reduced by 200 and 30 -containing mobile phone cases, heat dissipation back clamps
Domestic brands killed 5999 yuan folding screen phones this year bucked the trend: up 73%
Xiaomi House clerk was exposed to the official response of customers' mobile phone consumption
The laptop is almost burnt by the fire, but the hard disk data can be restored 500GB per day
China's first law bans mobile phones from schools: including children's phones and watches
The second China-led international standard for unmanned aerial vehicles has been officially released
Microsoft claims that Sony pays the developer to block the blockade to prevent the game from logging in to XGP
Chinese anchor accounts have a total of nearly 140 million, have you rewarded it?
Biden signed a chip and scientific bill, a video call of WeChat iOS internal test suspension window, the advanced CPU caused Win11 to be difficult to use, Huawei new machines enter...