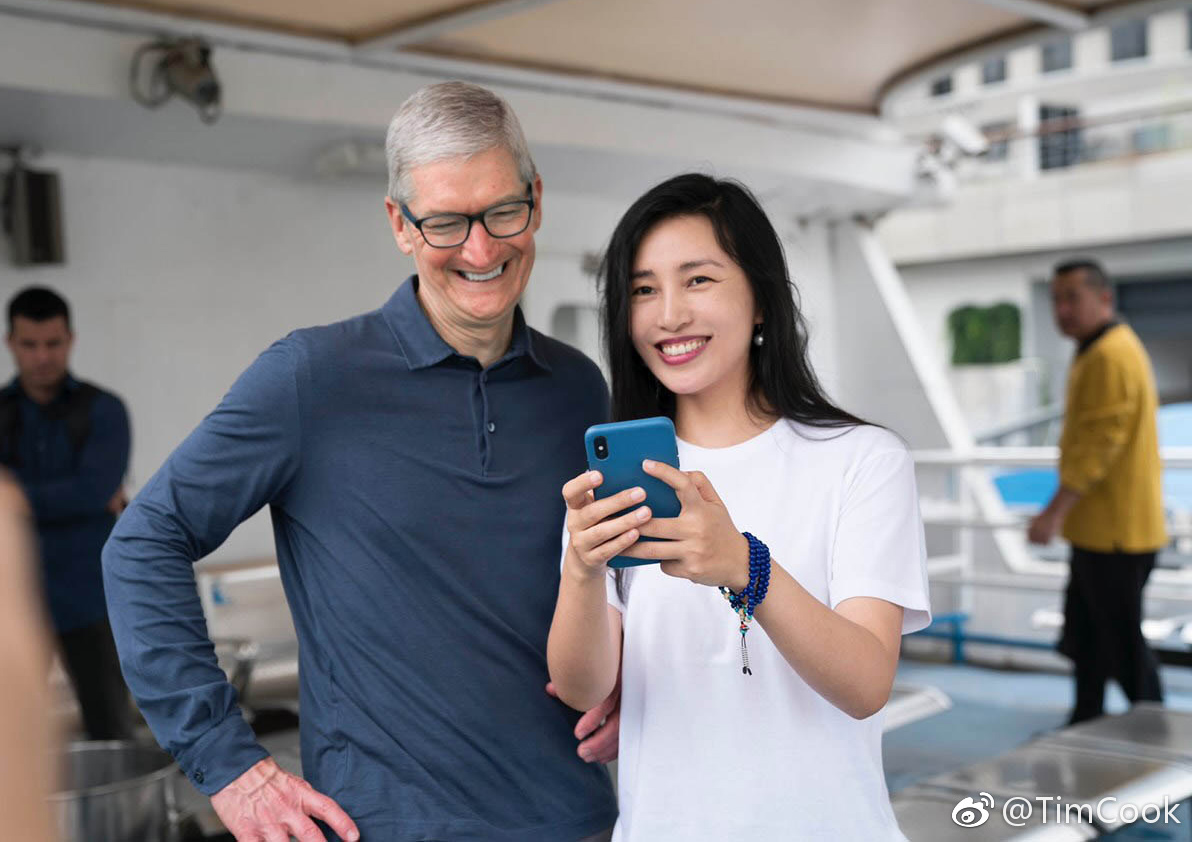 On April 30th, market research firm Canalys released the latest shipment statistics report on the Chinese smartphone market. According to the report, in the first quarter of 2019, Apple's iPhone shipments in China fell by 30% year-on-year. In contrast, Huawei has grown 41% against the trend and continues to dominate.

According to the report, in the first quarter of 2019, China's smartphone market shrank by 3% year-on-year, with total shipments of 88 million units, the worst market performance in six years. Huawei is still the market leader in China, and is the only mobile phone manufacturer among the top five mobile phone manufacturers to grow against the trend. Huawei (including glory) has shipped 29.9 million smartphones, and its market share has increased. 34% of the record, an increase of more than 10% over the same period last year. 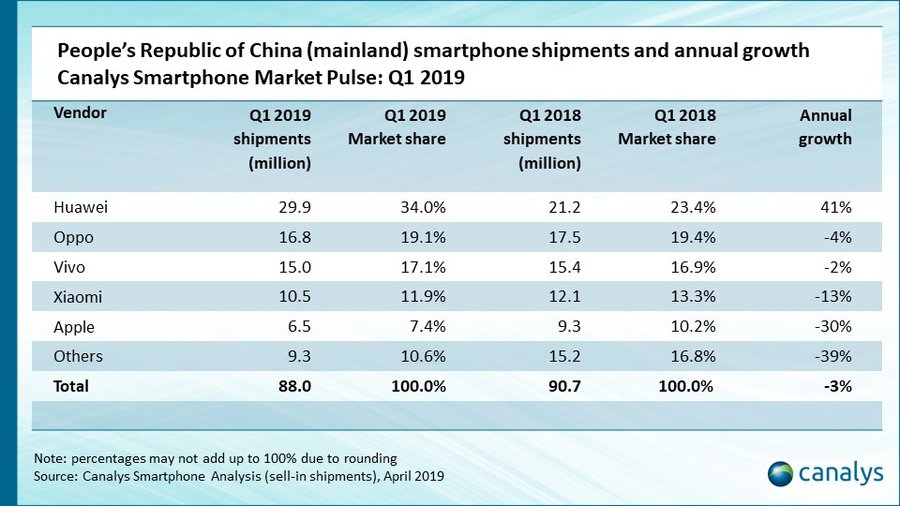 Canals analyst Mo Jia said: "Apple's performance in China is worrying, because the worst quarter of iPhone shipments is usually the second or third quarter, not the first quarter, after all, the new equipment is still fresh enough. As a result, Apple has taken steps to reduce the retail price of the iPhone, which has greatly eased the pressure from channel partners.

The analyst also said, "Although the iPhone has more than 300 million installation bases in China, how Apple is blocking users from giving up the iPhone and turning to the Android camp is crucial. Apple faces an important challenge in China, how to be in the Western market. The localization of software and services is so rapid, because the hardware of the iPhone is more competitive in China than in other markets. Therefore, if you can introduce the latest features such as 5G and localization software next year, it is very important to prevent the iPhone from shrinking further. ” 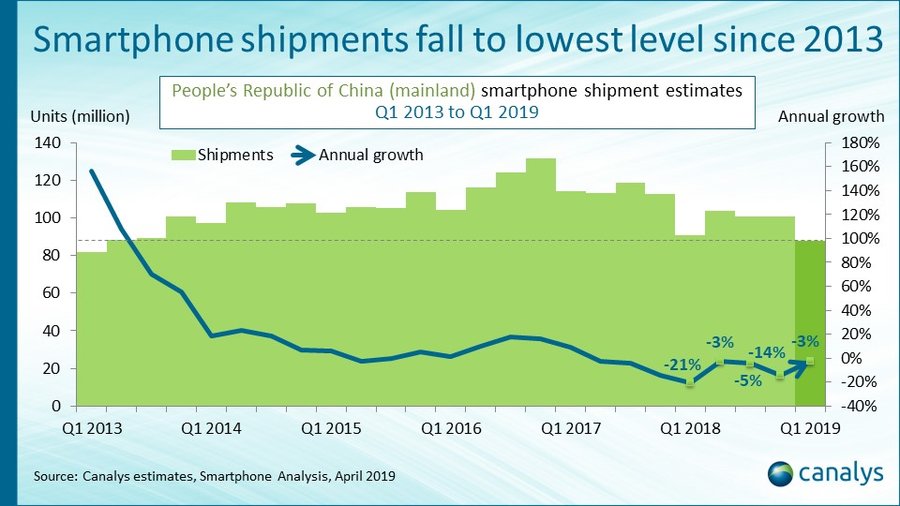 As far as the entire Chinese market is concerned, analyst Mo Jia said: "The decline in China's smartphones has slowed slightly, and it has finally eased after a bad year. In the face of the strongest competitor in history, Huawei, each major Vendors are moving at full speed, releasing new products and increasing marketing investment to maintain market share. During the quarter, Huawei increased its investment in physical stores and used its own size to beat smaller manufacturers in the competition. Huawei has already Go deep into rural areas of China."

Mo Jia added: "Huawei has also upgraded the design and experience of many retail stores and added a wider portfolio of consumer IoT devices and accessories to attract more traffic. These investments will help Huawei has gained more customers from other vendors, such as customers from OPPO and vivo, and in the past few years, the two mobile phone manufacturers have an absolute advantage in online channels."

According to Yiting Guan, another analyst at Canalys, “OPPO and vivo are changing their product strategies to establish a new brand. vivo is looking for a larger product portfolio in China to cover a wider consumer base than before. Up to seven product lines are currently available. OPPO has focused on the latest Reno series to regain its appeal in the mid to high-end market. More interestingly, OPPO's RealMe derivative product line has also been introduced to China from India. , and Xiaomi and Huawei compete in the low-end market, including glory." 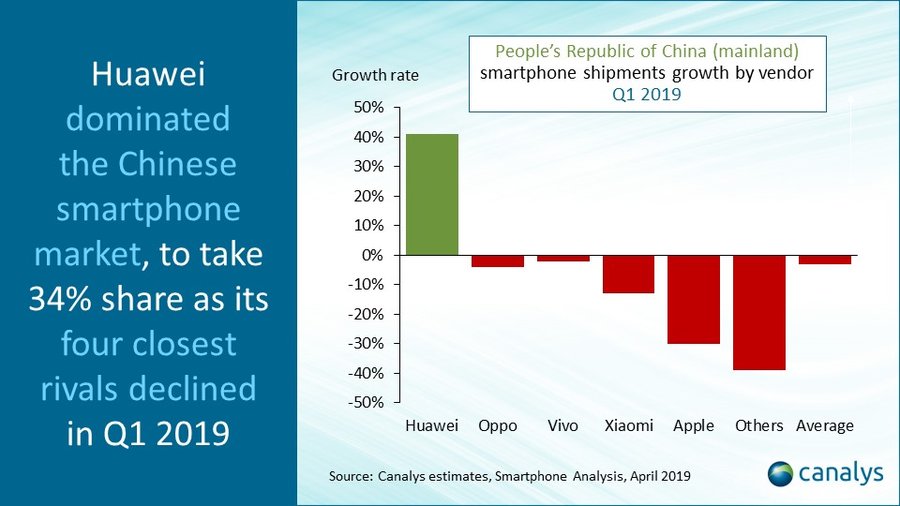 The performance of Xiaomi in the first quarter of this year has improved compared with the weakening of the fourth quarter of last year, because the channel inventory has improved, but the shipments and market share in the quarter still fell compared with the same period last year. Yiting Guan said: "Because of the efforts of major manufacturers, Xiaomi's original site has become more and more crowded, and giving the red rice brand more autonomy, allowing it to compete in the low-end market, will be more helpful to Xiaomi. Brands are welcoming new growth in the high-end market. Although Xiaomi's consumer IoT devices have achieved success in China, smartphones are still the core business, and maintaining the growth of smartphone market share will translate into a user base expansion. The overall strategy is crucial."
tommgoogle

Related news
Apple launched "Apple Support" Weibo users: Can the iPhone change Qualcomm baseband?
Apple card users can buy iPhones in installments with no interest and a 6% discount
Apple pay has been activated on 507 million iPhones, with bank and retailer adoption up 20%
Apple Doubles Clean Energy Suppliers in China
Hot news this week
With the NIL technology, Canon wants to provide China with a lithography machine comparable to the EUV
Genius hacker Geohot promised Musk 12 weeks to fix Twitter search, but posted for help because he wouldn't react
Google's parent company is planning to cut tens of thousands of jobs
The Long March 9 is basically confirmed: the low-orbit carrying capacity of 150 tons can carry the entire space station into space
A small plane in the US has crashed into a 30-metre high voltage power line and got stuck: 80,000 people affected
Alibaba launched a new cross-border e-commerce platform in Spain, aiming to operate independently in the middle and high-end market
Google is concerned that Microsoft's acquisition of Activision Blizzard will affect the ChromeOS experience
Can recording others' wechat chat records be used as evidence? The Beijing Internet Court has an answer
The second generation Snapdragon 8 flagship! Mi 13 toughened film appeared: four sides and other narrow screen accounted for a stable ratio
A Tesla crashed into two cars in Taizhou, Zhejiang province, killing two and injuring one, police said
The most popular news this week
Eggs don't fit in one basket: Some of the Snapdragon 8 Gen2 is manufactured by Samsung
128 core 256 threads! AMD Zen4c is here: Arm is cornered
Breaking the spell of "Android 3 year must card", the new Breguet mobile phone will be sold for the first time tomorrow: from RMB3499
Be careful with your phone for a long time! The aunt played with her mobile phone so much that her fingers got stuck
More conscientious than Google, the OnePlus promises a 4-year upgrade: Android 17 beckons
What do Chinese teenagers do online? It's comforting to be third and first in gaming
Tmall sought 500 million yuan in loans from ofo affiliates and Dai Wei
Tencent Holdings: bought back 36,200 shares at a total cost of HK $10.606 million
Tuniu's third-quarter revenue fell 32% from a year earlier to 7,790 yuan
Xiaomi 13 press conference new product summary: In addition to the phone there is a monster new