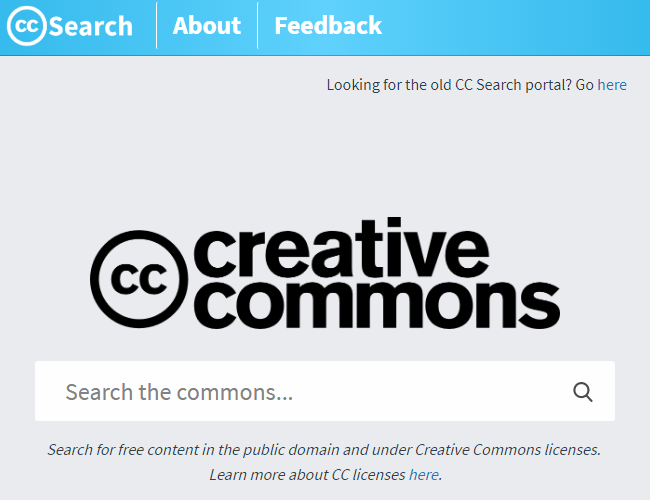 Compared to giants such as Google and Flickr, the Creative Commons website itself is not a small amount of traffic, although it already provides tool options for filtering CC-licensed images.

As early as February 2017, the organization revealed that it had nearly 60,000 monthly visits, which is a source of motivation for its search experience. When CC CEO Ryan Merkley announced the new plan, he said:

“There is no room for creative public domain, but people need a tool for managing, sharing, and remixing work. We want CC to become more practical and take a step in this direction.”

In the early days of the beta release, the CC search engine indexed approximately 9.5 million images from Flickr, 500px, Rijksmuseum, the New York Public Library, and the Metropolitan Museum of Art.

Today, CC Search has included more than 300 million images from 19 sources, including the Cleveland Museum of Art, Behance, DeviantArt, and even a series of CC0 3D designs from Thingiverse.

According to the organization, its image library will continue to grow and give high priority to photo collections from resource libraries such as Europeana and Wikimedia Commons.

From the current homepage UI, search engines are ushered in more changes, such as clearer homepages, improved navigation and filters, more consistent design with the creativecommons.org main site, more concise attribution options, and feedback. The channel is also clearer.

According to the organization, users can experience improvements in load time and phrase search relevance and have added analysis to help the team understand how it is being used. Looking ahead, CC Search is clearly not just a search engine for images, but it is expected to include more content.

Related news
Creative Commons search engine officially launched to retrieve over 300 million images
Adobe began introducing Creative Cloud components into Surface Pro X using ARM processors
Google transfers istio trademark to open usage Commons
Google announced the establishment of open usage commons, three open source trademarks
Hot news this week
Templates for creating new Twitter in the future? Musk's praise of WeChat has triggered a heated discussion on the whole network
Tencent Music's TME live will re-screen Jay Chou's concert on may 20 and 21
Sony's new LinkBuds S headset parameter exposure: only 4.8 grams of comprehensive battery life 20 hours
Weak demand in the mobile market! Domestic shipments of mobile phones fell 40.5% in March to a two-year low
Henan 4 village bank line cannot withdraw cash? CBRC responds! The public security organs have registered an investigation
Baidu: In 2021, an average of 56 billion malicious information of all kinds will be intercepted every year
"Chinese version of LV" is re -executed 680 million! Reporting the property clues of the chairman, up to 8.66 million yuan
Pig companies continue to increase technology, just launched the smart pig farm, another 100 million to set up a technology company
Still did it! Canada has banned Huawei and ZTE from participating in the country's 5G network on "national security" grounds
The Jingdong Express bulk order sent to Shanghai across the country is completely static? JD.com: Not true No such information has been published
The most popular news this week
The domestic screens are rolled to the 2K screen. Why don't Apple follow the roll?
Apple spends a lot of money to build dinosaurs! Prehistoric Planet trailer released: Airs on Monday
The country line had dropped nearly 2K no one to buy! Apple's most non-existent new version of the new revealed helpless
The average price of AMD graphics cards is infinitely close to the original price NVIDIA still has a long way to go
B station was exposed to layoffs: involving games, overseas business, OGV and other departments
Continuous business adjustment? Ali has been exposed to many sectors layoffs, and the scale of spring recruitment has shrunk sharply
Exposure of Tencent's game business or layoff 10 %: CSIG business group has previously layoffs 15 %
Meizu 19 series coming? Meizu mobile phone appearance patent disclosure: the return of secondary screen
Jingdong crowdfunding 10000mAh mobile power supply: with Apple Lightning and Type-c dual wires
Mobile phone chip CPU energy efficiency ranking: it is comparable to A14