Huawei is thinking about launchingTVMachine, mainly because it wants to build its own ecosystem around consumer electronics.

5G TV has an advantage in that it does not require fiber optic or cable set-top boxes, and traditional cable TV and satellite broadcast services require such components. 5G TV can be used as a routing center for other electronic devices. The ultra-high-definition 8K resolution screen is the highest-end TV screen on the market, with 16 times more pixels than a 1080p screen. 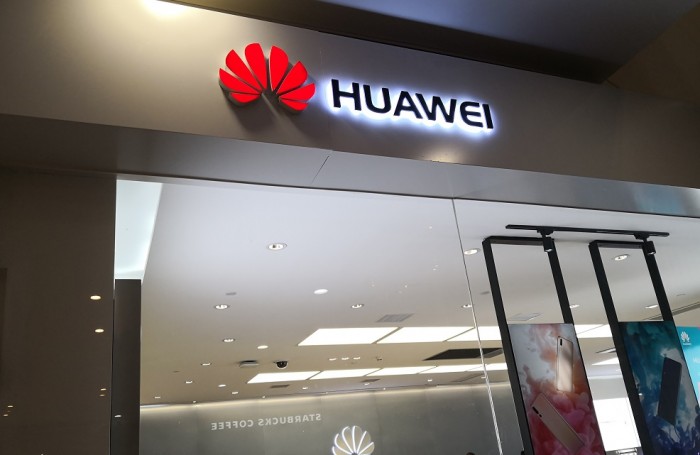 Huawei is the world's largest manufacturer of television equipment, surpassing Apple in the first quarter of this year, becoming the second largestMobile phonemanufacturer. It has hinted to the industry that it will take the lead in the 5G era. In addition to the 5G base station, Huawei also released a 5G folding screen mobile phone, in addition to several 5G homes.routerIt will be listed at the end of the year.

8K is also an important battlefield. Samsung is the world's largest TV manufacturer. It just launched 8K TV this spring, but it has no 5G function and starts at $4,999. Apple launched the Macintosh TV in 1993, and it was a success. After that, no TV was released. However, in 2006, Apple introduced a digital streaming set-top box, also known as Apple TV, which was upgraded several times and put many third-party applications, such as Netflix. In March of this year, Apple launched Apple TV Plus, a paid subscription service with original Apple content.

IHS Markit estimates that 8K TV shipments last year were less than 20,000 units, which will increase to 430,000 units this year and climb to 2 million units next year.

As far as TV is concerned, Huawei is not a newcomer. Huawei's HiSilicon is the world's second-largest TV chip provider, second only to MediaTek, and Haisi provides chips to Hisense, Skyworth, Changhong and Sharp. Haisi also develops a home 5G modem chip. The modem chip is very important, it can determine the data transmission speed, mobile phone call quality.

Eric Zhao (Eric Chiu), analyst at WitsView, said: "Huawei has the most resources and knowledge in 5G compared to existing TV manufacturers. At this moment, it is only natural that it wants to enter the market. Can Huawei win market share quickly? "We don't know, but this will certainly help Huawei expand its brand, move into new markets and further consolidate its own ecosystem," he said.

TrendForce analyst C.Y. Yao believes that 5G 8K TV has many challenges. He said: "In addition to 5G base stations, regional small base stations are needed, and 8K ecosystems are needed, including cameras, 8K TV processors, encoders and decoders for broadcasting 8K content, which are not yet mature." CY Yao believes that with telecommunications It is also necessary for operators to cooperate to support 5G services.

In addition to TV, Huawei also wants to become one of the top five PC manufacturers by 2021. In 2019, its goal is to increase PC shipments by a factor of two. At present, Huawei notebooks are highly dependent on Intel chips, but Huawei is developing its own CPU for computer products.

In the PC market, Huawei is late, and the first notebook was launched at the end of 2017. Last year, Huawei shipped about 1 million notebooks, and the entire market shipped 259 million units. Apple is the world's fourth-largest PC maker, with shipments of about 18 million units last year.

Linford Wang, president of the Tablet PC product line of Huawei Consumer Business Group, said in an interview with Japanese media that the reason for making computers is to supplement the consumer electronics ecosystem. He also said: "If we can expand market share, then of course it is a good thing."

Can Huawei challenge Apple's brand image? Joy won is less confident, talking about Huawei's operational strategy: "of course Huawei wants to have key consumer electronics, such as laptops, smart speakers, headphones, TVs, and so on." This allows consumers to stay in their ecosystems and be more loyal to Huawei phones. "

Related news
Huawei's fastest 5G 8K TV this year, rushed into the top 5 PCs in 3 years
Huawei plans to launch 5G+8K TVs, hiding huge business opportunities behind it.
Huawei shopping mall's 318th anniversary comes to Huawei VR glass to make your home feel the bright spring light
Disassembly report: Huawei 5g accompanied by WiFi Pro e6878-370
Disassembly report: Huawei WiFi 3
Hot news this week
The company announced the shipment data of 2021 Q1: the proportion of Huawei fell to the sixth place in the world at 4%
Sony's third generation noise reduction experience: comparable to the strongest combat power of real wireless noise reduction headphones
Henan satellite TV "Dragon Boat Festival wonderful tour" full version popular all over the network: netizens call content amazing
New people to do "new" business: preparing for the battle with Zhang Ying, a peach farmer in Yangshan
In depth cooperation with Huawei real hammer! BYD open recruitment of "Hongmeng development engineer"
An 18-year-old Japanese female painter is popular, and her painting level of mobile phone software is beyond imagination: beauty makes netizens sigh
In 618, big promotion came, beware of the trap of cheating by taking advantage of the official SMS of charging companies' platforms
Dragon Boat Festival colorful Luoshen amazing interpretation of underwater flying netizen: too beautiful, lost the language
Can you travel around the world without leaving home? Jingdong 618 Jingdong International gives you a fancy "flying" strategy
During the period of 618, Jingdong will issue a total of 10 billion consumption vouchers, which have benefited consumers in 14 places such as Beijing and Zhejiang
The most popular news this week
Yixin technology won the honor of "2020-2021 (4th) China IC unicorn"
Which brand of vacuum cleaner is better? Who should buy vacuum cleaners and floor sweeping robots at the same price?
Shenzhou Wentian wechat adds time limited status "rush"
A moment in history! The successful launch of Shenzhou 12
Airpods 3 will be launched this year! Apple executives hint: it may integrate the bracelet function
The first man after Bill Gates! Microsoft CEO NADELLA will also be chairman of the company: the first time in 20 years
Domestic mining fails Huaqing: the price of graphics card is falling
The couple's "love insurance" was refused when it was due
Good news! 360 government enterprise security group won the bid of 236 million yuan national network security industry base major infrastructure group project to build Zhengzhou security brain
Peng Xiaobo: China's rocket launch cost may be lower than SpaceX in 2025