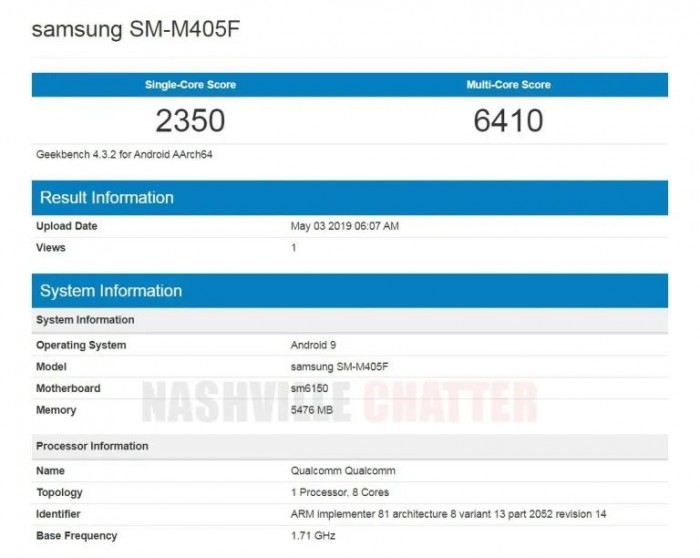 According to some specifications of the GeekBench running library, the Galaxy M40 model "SM-M405F" will be equipped with a 6150 SoC with a clock frequency of 1.71GHz, which is the code name of the Qualcomm Snapdragon 675 chipset. The Galaxy M40 comes pre-loaded with the Android 9 Pie system with 6GB of RAM. In fact, the same model of equipment has appeared on the Bluetooth SIG and WiFi Alliance website, rumored that there will be three cameras on the back of the machine, and there will be 128GB of storage space. In addition, it is said that the Galaxy M40 will be the first Galaxy M series with off-screen fingerprints.Mobile phone.