Google's first half of the past 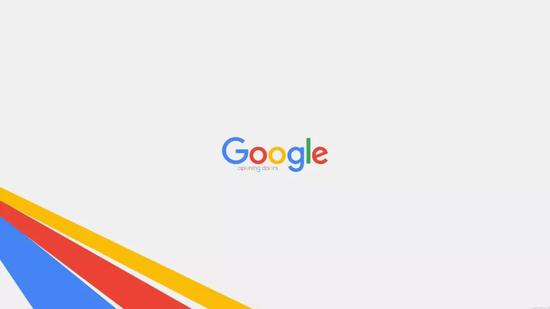 Eric · Schmidt plans to step down as Google's board of directors in June this year. It is a legendary curtain call. When Larry · Page and Sergey · Brin founded Google and started financing, investors I don't trust the management of the two hairy boys, forcibly asking them to have a babysitter, picking and picking up Schmidt, and the latter has become a key figure in the growth of Google's two founders.

Although the founders of Google will always be Larry · Page and Sergey · Brin, but in terms of ability, performance and actual status, Larry · Page is the more important person. Sergey · Brin was more like his assistant in the early days, and the power inside Google was far less than Larry · Page.

Larry · Page was asked to find a CEO for his company since 1999. He saw all the big fans in Silicon Valley and then returned to the investors, saying that I found the right person. He is Apple's Steve · Jobs.

The investor collapsed after listening to it, and had to comfort himself, saying that at least Page had this attitude, and then spent several months, centering on the line and letting Page and Schmidt, then the CEO of a software company, met. And Schmidt knows both the business and the code history, so that Peggy is very satisfied, think that such a person is suitable for the balance between profit and creation, and then invites Schmidt to lead. 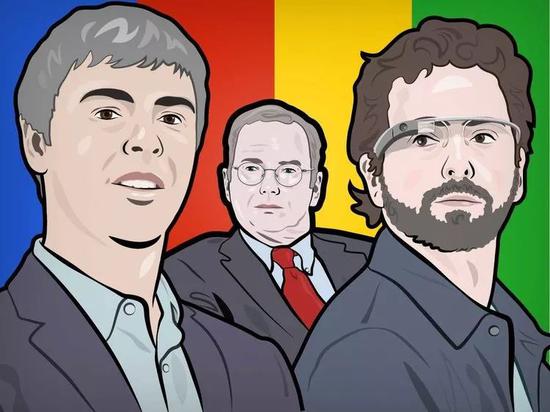 However, just as Steve Jobs used “You want to sell the syrup for a lifetime, or change the world with me”; this kind of rhetoric touched PepsiCo’s president John · Scully’s CEO as Apple was still the same as his story The founding culture and professional managers of Silicon Valley have always been in conflict, Larry · Page is still uncomfortable after Eric · Schmidt came over, he used the seemingly naive means to try Regaining power, such as suddenly dismissing all project managers, requires engineers to report directly to themselves, thinking that this can bypass Schmidt's management level.

After Schmidt led Google's successful listing, Business Insider described Larry ·'s subtle sentiment in a report saying that he no longer needs to drive the car himself because he has hired a skilled person. The driver drove for him, and he only had to sit in the soft leather seats in the back row to daydream.

Fairly speaking, Eric · Schmidt has a very positive value to Google. He made this startup a tens of thousands of technology giants, Google’s business that has been based on it so far. The model was completed by him, including the construction of the executive team and the shaping of corporate culture, even Larry · Page and Sergey · Brin did not forget to thank him for his efforts and dedication.

However, in the first generation of Google's history, it is still full of Larry · Page and Eric · Schmidt's mutual reconciliation and fierce struggle, Page each time in front of himself in the executive meeting The laptop screen speaks very little, until Schmidt can't see the sound reminder, he will express his opinion, but once Page's speech is not conducive to the company's strategic direction, Schmidt is the only one who owns and is willing Use power to interrupt him.

At the later stage of Google’s stable operation, Larry · Page and Eric · Schmidt reached a tacit understanding of the company’s day-to-day operations, reporting to the board of directors, and plans for the next quarter’s earnings. Things are all handled by Schmidt, and Page uses his founder position to slowly promote projects within Google that are not for the purpose of earning money, enough to carry his personal vision, and later succeeded like Google. Street view, book search, and too much — — such as balloon fiber, space energy, — & mdash; consume a lot of money.

To truly subvert the power relationship between the two people, it is still necessary to go to the beginning of the mobile Internet.

Eric · Schmidt has been a member of Apple’s board of directors for a long time, so Jobs is very wary of him. Every time Apple’s board talks about the iPhone project, he will let Schmidt leave before, maybe It is because of this isolation that Schmidt is not sensitive to the arrival of the mobile era.

But Larry · Page is different. He is at the forefront of product development and knows that the future of smartphones is huge. So in 2005, he used the company’s $50 million in cash to buy a name. Android startups, in later re-reports, the tech media were surprised to find that the deal did not inform Schmidt as CEO of the company at the time, he only said to Sergey · Brin But Brin is not interested, so Peggy has done it himself. The early Android was not regarded as one of Google's subsidiaries, and its employee card could not be opened by Google's office building. 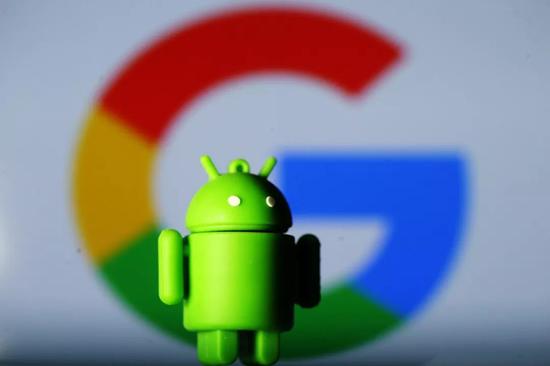 As a result, Android became Google's pen, and it was this acquisition layout that allowed Google to seize the most important and critical operating system location in the mobile Internet era, making it less anxious than other Internet companies to get tickets. And when Android became the world's largest mobile operating system, Larry · Page finally ended the days of hiding and doing what he wanted to do, while Schmidt proposed retirement in 2011. .

After Eric · Schmidt left, Larry · Page took over as CEO of Google. On the day of the handover, he sent a short message on Twitter: "No need for guardians anymore." ”

But Larry · Page has not been a CEO for too long, he seems to just want to prove that he has the ability to take charge of this big company, just after 4 years, that is, in 2015, he put Google CEO The position was given to the Indian Sandal · Picai, then retired to the leadership position of the parent company Alphabet, continue to stay away from the front line business, concentrate on the ideas that come out of his mind, such as X Lab, life sciences and large investment.

And he seems to be very grateful to the Android that made his own story, one proof is that Android's former head, Andy · when Rubin was forced to leave after being sexually harassed inside, Google gave him $90 million to leave. The compensation, many of Google’s employees were shocked, and I don’t know why it’s such a thing that hurts the company’s reputation and is absolutely superfluous, but Google has always been undecided.

Related news
How does Google recruit talent?
Hot news this week
During the quarter, we signed a multi-year intellectual property patent licensing agreement with a major licensee. This positive result enables us to obtain more 5G patent licensin...
Win10 digital version will be discontinued: free whitewash is still available Microsoft has not been under the dead hand for 7 years
Microsoft posted $17.4 billion in non-GAAP net income on revenue of $52.7 billion in the second quarter of fiscal 2023
YouTube complained about: using offline return-to-work policy to illegally block contract workers from unionizing
India receives Radio Signals from Galaxies 9 billion light-years Away Astronomers: Aliens not involved
Beautiful country semiconductor ushered in the winter, US high enterprises inverted, our country market doesn't buy it!
Cybertruck skipped tickets again! Mass production of Tesla electric pickup truck will not wait until 2024.
Apple will relax measures to deal with COVID-19 's epidemic and encourage employees to go back to work
Huawei P60 Pro latest configuration chart revealed: variable aperture and satellite communications are on the list
Intel: 14 generations of Core in the second half of the year, and build a new architecture from zero next year.
The most popular news this week
ChatGPT after global explosion: Baidu announces similar AI service to be launched in March
Lei Jun announced the first major event at the beginning of the year: it is critical to Xiaomi!
Carry the cauldron! Three out of ten divorces are linked to one partner's addiction to their mobile phone, research suggests
The iPhone is No. 1 in China! Why do people prefer Apple to Android?
China develops starch and protein synthesis technology for corn stover: Costs drop dramatically
Technology tree point crooked? Toyota's new patent: hold the door handle can be sterilized
Eight satellites in eight hours! China rushed to Venezuela's relief efforts
Apple bet on mixed reality, but the selling point of the product is not enough.
Baidu is reported to launch an AI chat robot service similar to ChatGPT in March this year.
The most powerful SSD becomes the last song Intel retired Aoteng hard disk: 6 years of performance is still leading