Even AirPods is perfectly compatible? Android Bluetooth headset must understand how to play

However, in fact, through the third-party tool "AirBattery" on Android, AirPods can also get an approximate iOS experience on Android. Let me introduce you to this tool today.

The function of AirBattery can be seen from its name. Its biggest use is to let Android also display the power of AirPods. AirBattery has free and premium versions, the free version is enough, there are ads, and the premium version includes the free version of the feature, removes the ads, and more features such as setting up the resident notification center, you can view the AirPods power anytime, anywhere. .

AirBattery's imitation of iOS functions is still quite in place. For example, after connecting AirPods, open the battery compartment cover, the APP will automatically activate and display the power at the bottom of the screen. When AirPods is charged in the box, it will display the power of the box and present the charging progress of AirPods. These experiences are not available on Android, AirBattery will definitely make Android use AirPods closer to iOS. 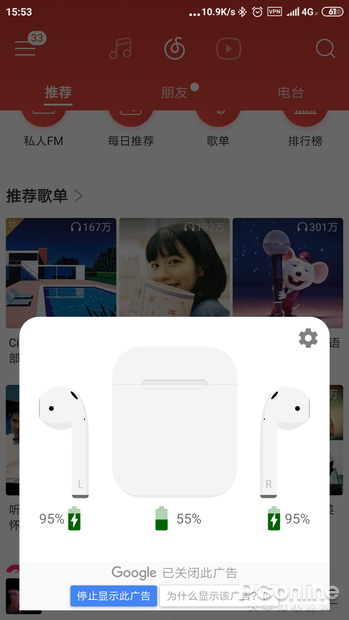 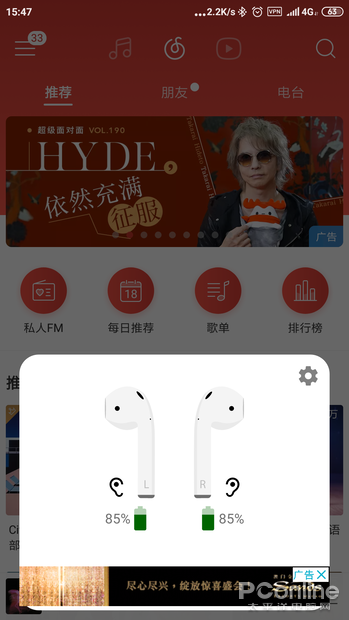 After AirPods is connected to Android, the AirBattery interface will pop up automatically, and you can see the battery and wearing status.

In addition to allowing Android to view the AirPods's power, AirBattery can also detect the status of AirPods and accurately identify whether AirPods are worn on the ear. If AirPods is worn, AirBattery will display a small logo for the ear next to the corresponding AirPods. At the same time, AirBattery also provides the ability to automatically remove Spotify playback from AirPods. It is worth mentioning that although the APP is written to support Spotify, it will also take effect in other music apps. For example, NetEase cloud music can be automatically paused and played. You can try it yourself. 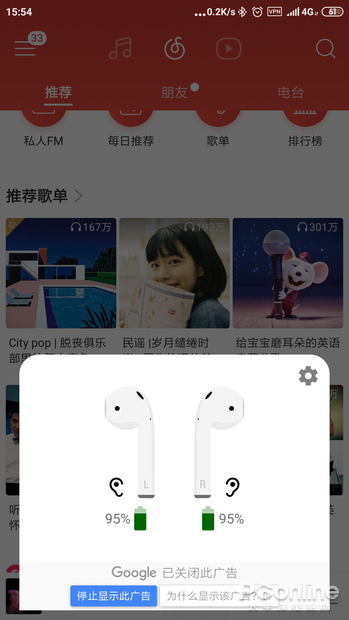 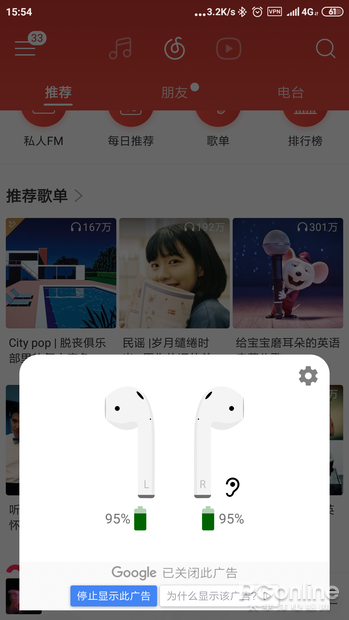 After detecting that AirPods is removed, the corresponding headset will not display the small ear logo, as shown on the right.

So is AirBattery perfect? Of course I can't talk about it. On the one hand, AirBattery can't transmit voice commands. It should be known that AirPods can use Siri with iOS. On the other hand, AirBattery supports AirPods 2 quite poorly. Although it can be activated automatically, it does not recognize whether AirPods 2 removes the box or recognizes it. The wearing state of AirPods 2, automatic suspension will not be discussed. 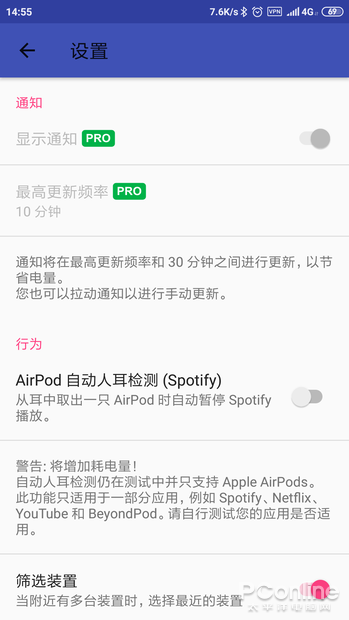 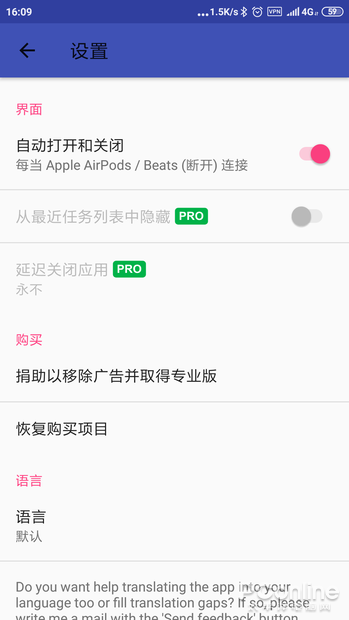 But in general, as a third-party app, the experience brought by AirBattery is still quite valuable, and it largely replies to the power of AirPods on the Android platform. Of course, in some details, there is still a gap between AirBattery and iOS integration into the system, and compatibility with AirPods 2 is not good. If you are buying an AirPods generation of Android users, this app is worth a try, I hope it will provide more complete support for AirPods 2 in subsequent versions.

Related news
Even AirPods is perfectly compatible? Android Bluetooth headset must understand how to play
Consumer Reports: Samsung Galaxy Buds outperformed Apple AirPods
Airpods Pro experience: a new breakthrough of airpods
Which is more suitable for you?
Seeing the apple airpods max, the beats headset on his neck said he was hurt
The new generation of Apple's airpods will be released as soon as next month!
Hot news this week
Announced real-fired people to change the news for four days, the chairman of Tianzhong semen was resigned for personal reasons.
Bank of East Asia (BEA) was fined 16.74 million yuan ($16.74 million) by the Shanghai branch of the People's Bank of China for illegal information collection
After the comprehensive suspension of "nurturance class" network comprehensive and indulgent drama, the audience deserves better
ByteDance invested in Sequencing Technology, which is an AI industrial SaaS software service provider
Former search president of Baidu xiang Hailong joins Transsion The company that sells mobile phones wants to do more Internet
2021 Global Patent List Released: Huawei ranked fourth in the top five in the world in the United States
It's hard to escape the monopoly sanctions American court dismissed Facebook against FTC counterattack
Rewrite history! The largest acquisition in the game industry was finalized: 80.9 billion yuan exceeded Tencent's record
Enterprise WeChat active users reached 180 million The new version is connected with the video number
The Shanghai Astronomical Observatory found a case of a galaxy "escaping" 12.1 billion light-years away
The most popular news this week
WeChat heavy update! This function is finally here.
China successfully launched satellite 13 in 2022
Coldest holiday ever! Tencent announced that minors can play games for up to 14 hours during the holidays
In 2021, public security organs cracked down on more than 6,000 illegal payment and settlement gangs in 134 problematic games
People's Daily: Promoting Express Packaging "Green Revolution"
Ali health online the first domestic helicobacter pylori self-testing product "you tube", 10 minutes out of the results
Xiaomi Youpin Youyu announced the termination of operations
JP GAMES and Alibaba Cloud reached a cooperation to develop a metaversic solution based on the cloud
The camera is lost to the mobile phone Japan Canon close Zhuhai factory: small part parts are still working
Baidu announced connectivity with more than a dozen companies, including Meituan and Xiaohongshu