Good financial results have helped Microsoft break through the trillion dollar mark-up and become the world's most valuable company at one time. Despite a slight drop in recent days, it remained at a high of $980 billion. 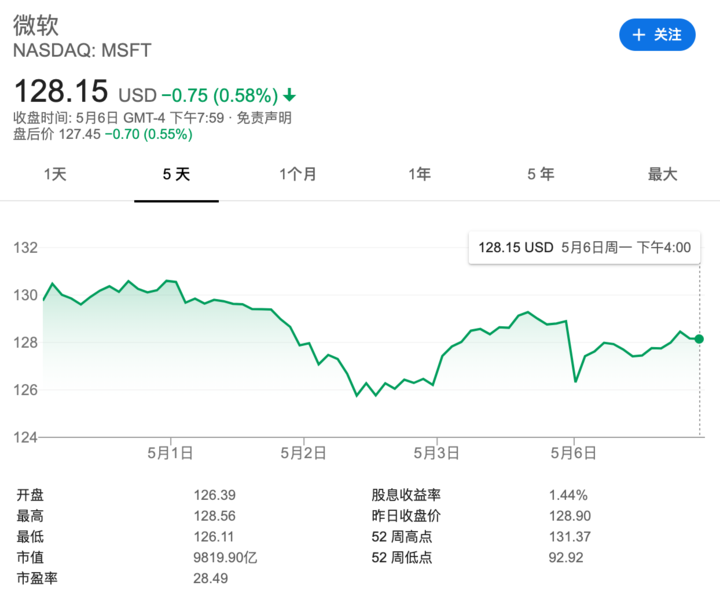 At the Build conference in 2019, Microsoft CEO Satya 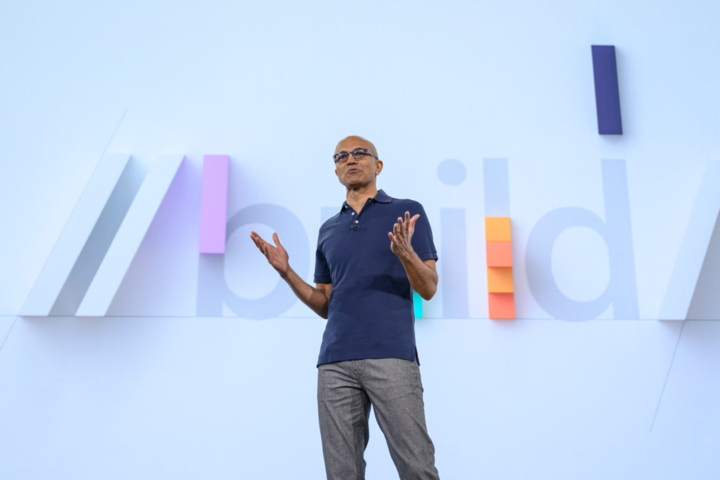 In the last quarter, revenue from Microsoft's Azure cloud services rose 73%, the fastest growing business for Microsoft. According to the data disclosed by Microsoft, 95% of Fortune 500 companies now use Azure. 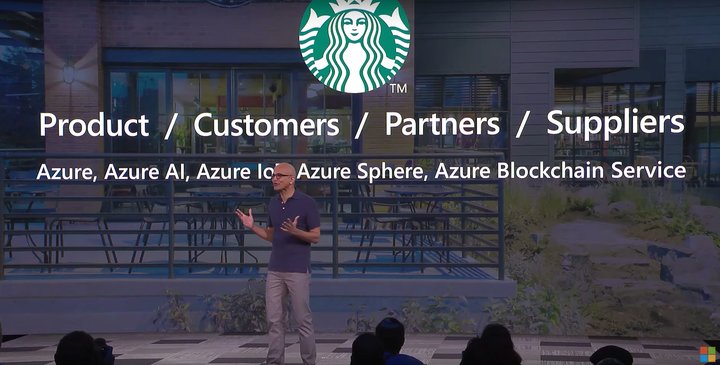 The ubiquitous AI is the core competitiveness of Azure cloud services in the future.

Thanks to Azure, Dynamics 365 can provide smarter services. At the scene, Microsoft displayed an AI coffee machine with Starbucks.

This coffee maker can match the food according to the local weather, time and other environmental factors, bringing different ordering schemes to the guests.

AI will help you get ready in advance.

This service can quickly identify people's dialogues and translate them into text in real time. It can also recognize the proper nouns in the conversation. It can even adjust the content of the conversation by identifying the area of the topic so that users can better understand it.

From the effect of the on-site display, we can see that Azure's recognition ability and response are fairly good, and it can clearly identify the content and spokesperson in the three-person dialogue environment. It's just that there's still a few seconds of delay in the service, but it's enough to make stenographers shudder.

As the best carrier of AI technology, the update of voice assistant Cortana is also the focus.

In May 2018, Microsoft acquired Semantic Machines, a company that develops a conversation engine for building natural languages between voice and text. The engine can extract semantic intentions from text or voice input, and then generate natural languages for dialogue.

This way of dialogue is called "dialogical AI".

Microsoft builds on the conversation engine through Semantic Machines and integrates this capability with the environment into Cortana. In the future, Cortana will have a better understanding. Like a secretary, she will remind you of your daily schedule and help you organize complex multi-person meetings.

While setting up a reminder of the meeting schedule, Cortana will automatically contact other participants for you, and it's no problem to help you communicate several meetings at a time. 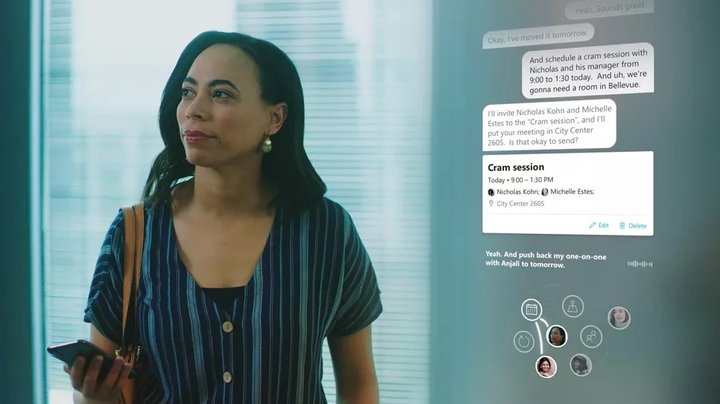 In Microsoft's blueprint, Cortana is no longer a voice assistant that you can't remember your name, but an intelligent service solution that coordinates individuals and businesses.

For Microsoft, Cortana apparently has far less phones than Siri and Google Assistant. It would be better to integrate Cortana into this scenario by taking advantage of Microsoft's advantages in the office field, or in exchange for better development.

In fact, the engine that drives Microsoft's share price was determined by Nadela when he took office. After becoming CEO of Seattle's giant, the lean and skilled Microsoft veteran steadfastly promoted the development of cloud service business, opened up a completely different development path from Apple and Google, shook hands with former rivals all the way, and made rapid progress in market value and praise.

It's hard to believe that one day I'm going to open a IE browser on a Mac computer.

At the Microsoft Developers Conference in 2019, Microsoft released its latest Microsoft Edge browser.

The interface design of the new Edge is somewhat similar to that of Chrome. It uses the Chromium kernel and is compatible with plug-ins on Google Chrome, providing browsers with more new functions.

In addition, Microsoft has added an "IE mode" to the browser. Faced with old websites that are incompatible with the Chromium kernel (such as the official websites of some organizations), users can start IE mode in the new version of the address bar to achieve normal browsing function.

The new Edge also has a more customized tab where users can add functions related to Microsoft Office 365 and Microsoft Search, or fix the required applications and functions in the modules below the address bar.

This time, Microsoft also enhanced the content collection feature of the Edge browser.

After the update, there will be a dedicated collection edit page on the right side of the Edge browser. The user simply drags the desired item onto the edit bar on the right to create a collection. Users can share these collections by email, or export them to Office documents such as Word and Excel for easy working.

The new Edge browser will have a special privacy protection setting, and users can adjust different control ratings to limit the network trackers such as other ads to capture information.

Now that the latest Edge browser is logged into the Edge Insider home page, you can now download the beta for the experience, and Microsoft will also provide the version of macOS.

Qiao Beifeng, vice president of Microsoft, who is in charge of Edge and design department, mentioned in an interview after the press conference:

On the new Edge browser, we want to emphasize "seamless connection."

Yes, this is a browser developed by Microsoft that uses the Google Chrome kernel and runs on Apple's macOS —— from IE to Edge, behind an increasingly open Microsoft.

In recent years, Microsoft has a tendency to move its services out. — Office has finally got on the Mac's App Store, and the Xbox exclusive game "Tea Cup" was also ported to the Nintendo Switch with the help of Microsoft. 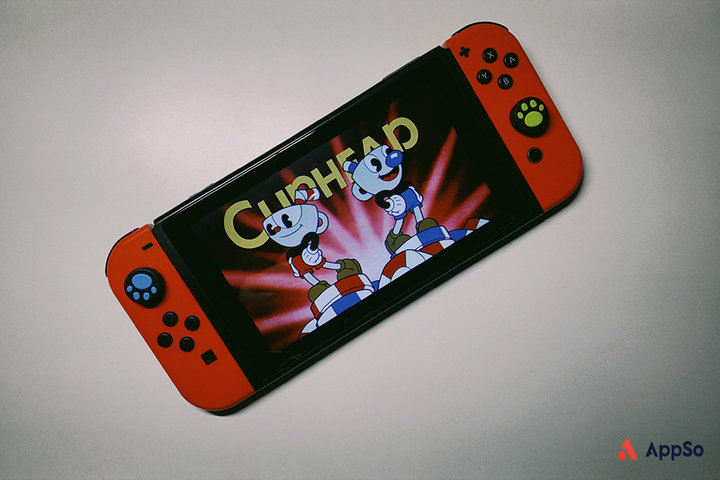 If software services are the key to breaking device isolation and breaking ecological isolation, then AR / MR technology is Microsoft's bridge between the digital world and the real world.

Before the official start of the conference, Microsoft is preparing to reproduce the Apollo moon landing scene with HoloLens 2.

In the demonstration, the hologram displayed by HoloLens 2 is actually transmitted to the glasses via PC. With the image processing capabilities of the Epic Unreal Engine, remote PC devices can stream images to HoloLens 2 after processing complex images.

Unfortunately, at the conference site, this demonstration was not successful. Andrew ·, the developer responsible for the demonstration; Cha Jin had a regret and sighed:

It seems that the live demonstration is even more difficult than actually logging into the moon.

Despite demonstrating a rollover on the moon, it does not hinder Microsoft's determination to advance mixed reality.

At the scene, the little brother who participated in the demonstration wore HoloLens 2, and met another lady who was in a different place. — — what they saw was actually the avatar projection of the other party. It can be seen that HoloLens 2 wants to try to restore the appearance of the other party, but obviously the technology is still immature, and the rendered portrait looks a bit strange.

However, the fact that the two can interact in the same space is still very exciting.

Not only can you lay out your own desktop, but you can also add various items to the virtual space and make video calls. Even if you don't have HoloLens, you can use the phone to view what is happening in the virtual space.

Microsoft has helped you think about the pastimes of office work.

At the end of the conference, Microsoft unveiled a brand new "My World" game trailer. The intimate pixel creatures in "My World" are invading our real world —— yes, this is a Poké ;mon GO's AR mobile game.

However, Microsoft has not announced too many game details, but the May 17th prompt on the screen is enough to make people excited —— that is the 10th anniversary of the release of Alpha version of My World, obviously there will be big events happening .

From basic cloud services to versatile enterprise applications, from cross-platform software services to cross-dimensional mixed reality, at this Build conference, we saw an open Microsoft, a technology Microsoft, and a nowhere. Microsoft is not there, Microsoft is surrounded by Microsoft's ecological services in a pervasive way.

This is the choice Microsoft made for the next generation, and Windows, which has the closest connection with mass consumers, is Microsoft's past and cornerstone, not the future.

This article was completed by Xiao Qinpeng and Liang Menglin.

Related news
Microsoft Search opens to Office 365/Microsoft 365 users at the end of May (video)
Microsoft Build Conference: Windows Retreat, Microsoft Rebirth
MacOS version Microsoft Edge official download leaked ahead of time
Amazon launches Kendra enterprise search service to call Microsoft Search
Hot news this week
During the quarter, we signed a multi-year intellectual property patent licensing agreement with a major licensee. This positive result enables us to obtain more 5G patent licensin...
Win10 digital version will be discontinued: free whitewash is still available Microsoft has not been under the dead hand for 7 years
Microsoft posted $17.4 billion in non-GAAP net income on revenue of $52.7 billion in the second quarter of fiscal 2023
YouTube complained about: using offline return-to-work policy to illegally block contract workers from unionizing
India receives Radio Signals from Galaxies 9 billion light-years Away Astronomers: Aliens not involved
Beautiful country semiconductor ushered in the winter, US high enterprises inverted, our country market doesn't buy it!
Cybertruck skipped tickets again! Mass production of Tesla electric pickup truck will not wait until 2024.
Apple will relax measures to deal with COVID-19 's epidemic and encourage employees to go back to work
Huawei P60 Pro latest configuration chart revealed: variable aperture and satellite communications are on the list
Intel: 14 generations of Core in the second half of the year, and build a new architecture from zero next year.
The most popular news this week
ChatGPT after global explosion: Baidu announces similar AI service to be launched in March
Lei Jun announced the first major event at the beginning of the year: it is critical to Xiaomi!
Carry the cauldron! Three out of ten divorces are linked to one partner's addiction to their mobile phone, research suggests
The iPhone is No. 1 in China! Why do people prefer Apple to Android?
China develops starch and protein synthesis technology for corn stover: Costs drop dramatically
Technology tree point crooked? Toyota's new patent: hold the door handle can be sterilized
Eight satellites in eight hours! China rushed to Venezuela's relief efforts
Apple bet on mixed reality, but the selling point of the product is not enough.
Baidu is reported to launch an AI chat robot service similar to ChatGPT in March this year.
The most powerful SSD becomes the last song Intel retired Aoteng hard disk: 6 years of performance is still leading