Next AirPower? Samsung Galaxy Fold has a lot of fate

Pre-purchased users obviously hope that Samsung can make corrective solutions in time and launch qualified products as soon as possible. Samsung certainly thinks so. Otherwise, the company will not promise that the users will give more specifics within two weeks after the bad screen incidents are exposed. Release date. The reason why the ultimate loss of trust in the user, it should be that Samsung did not expect the quality problems of Galaxy Fold to be serious enough to be remedied in the short term.

If you have time to see the Galaxy Fold Dismantling Report released by the disassemble website iFixit (should be removed by Samsung as soon as it is released), you will be impressed with the gaps in the device that the report shows. 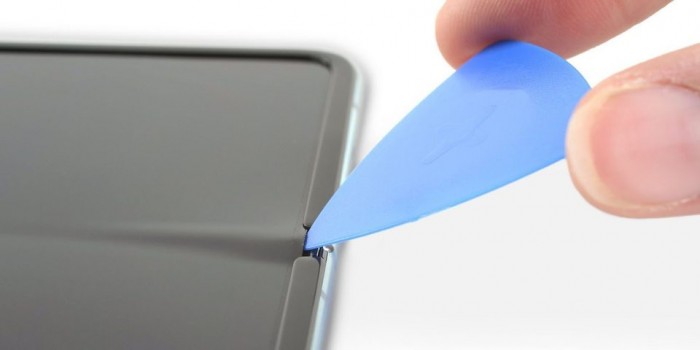 According to iFixit, these gaps are likely to be the key to the problem with the Galaxy Fold's central core hinge - extremely easy access to impurities that cause hinge failure and cause screen problems.

We all know intelligenceMobile phoneIt is already a must for modern people, wallet bank cards can be without, and mobile phones can't leave. So I can imagine how many "bad" living environments the mobile phone has to face, and which users can guarantee that Galaxy Fold will be immune to these "crisis".

The public statement given by Samsung two weeks ago is to blame the bad screen problem on the evaluators to remove the plastic film. However, I believe that the media people who can evaluate Galaxy Fold must be "numerous readings". It is definitely because it can tear off the plastic film.

Therefore, this is not the responsibility of the reviewer at all, but the designer's problem.

Of course, Samsung has admitted this and said that it will eventually let users manage their hands. It's easy to let users hold their hands, but it's not easy to manage the gaps in a folding screen phone.

I remember that after watching the Galaxy Fold, the media said, "It has been seen for a long time that there are so many mobile phones with so many gaps", because the straight-type smart phones have already made dustproof and waterproof products into industry standards. Samsung will obviously redesign the sealing of the Galaxy Fold. Waterproof is expected, at least to a certain extent.

If you really modify the design, it can be achieved in a month. The question is, even if you really "get it" all the questions in a month, would you dare to buy it? You know this is a mobile phone that sells for nearly $2,000.

Having said that, since Samsung is confident that the prototype will be handed over to the media for evaluation one week before the Galaxy Fold is released, don't they know that there will be such a problem? Didn't you go through all kinds of rigorous real-world tests before handing them over to the media?

Two possibilities, one is that Samsung clearly knows this problem, but there is luck; one does not know at all until the evaluation is wrong. Either way, it makes people feel a little scared.

Let's talk about the first situation. Samsung understands this situation, but the top decision-making layer is selectively neglected, or thinks that this is more important than the title of “becoming the first manufacturer to introduce a foldable screen smartphone”. . The result now must not be what Samsung executives hope to see.

The second case is even more terrible. If the Samsung executives are completely unaware of this low-level problem, it means that the company must have a problem at some point. Whether it is design, production, or quality control, in the final analysis, there are problems in management.

Will Galaxy Fold be Samsung's AirPower?

Apple accompanied in September 2017iPhoneX pre-released the AirPower wireless charging pillow, which described the user as an innovation that can simultaneously charge three Apple products wirelessly.AccessoriesIt is also an important part of Apple's wireless future ecology, and it has been widely expected after its release. 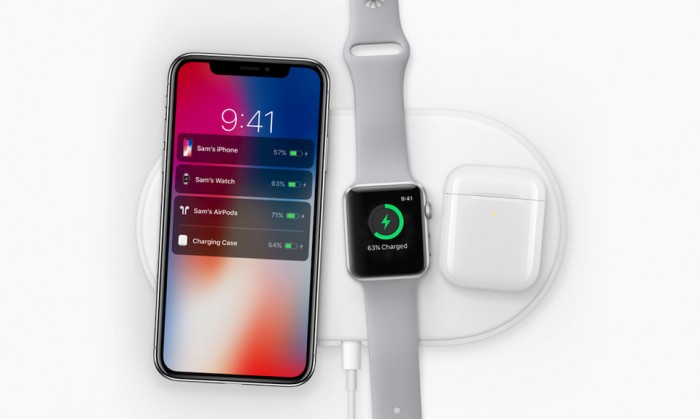 But what is embarrassing is that it has not been officially released for nearly two years. Apple was once questioned and learned to introduce PPT products. Apple suddenly announced the termination of the AirPower project on March 30 this year, given the reason that the product could not meet Apple's strict hardware standards.

Apple released an immature product ahead of time, confidently thinking that it can overcome the design problems in the next few months. I didn't expect that it would be two years, and the iPhone XI will soon be born and not settled. I believe that there are more than one choice in front of Apple's top management, but Apple's final choice is to give up, would rather live up to the expectations of users and will not force the introduction of substandard products.

This is responsible for the company itself and for the user. (I believe Apple will not pre-release the product anymore soon)

Some people will say that Samsung is investing heavily in Galaxy Fold, which is a strategic product that the company plans to lead the development of smartphones in the next decade. AirPower is only an accessory for the iPhone, and the two are not comparable.

Yes, Galaxy Fold is huge, but its price close to $2,000 is also destined to be not a general consumer electronics product. Even Samsung said it will only mass produce 1 million units in the first year. Doubt), but this is not an order of magnitude compared to Samsung's flagship model shipments.

AirPower is positioned as an iPhone accessory. Based on the iPhone user base, AirPower's potential users are also in the tens of millions. So from the scale of revenue, the two are similar. In terms of innovation, one is the pioneering of the foldable screen smartphone, and the other is the pioneer of the three-device wireless charging seamless experience. The foundation for real wireless charging in the future is the technology representing the future.

Apple's problems on AirPower are now in front of Samsung.

Unlike Apple's original belief that it was confident to get AirPower, Samsung does not have enough confidence now, otherwise it will not say "still unsure". But the company doesn't want to give up, otherwise it won't be scheduled for this special time node on May 31 (probably forced byHuaweiMate X will be available in June.

It can be seen that Samsung is still making the final effort to become the first manufacturer to sell folding screen machines. It should not be given up at the last minute. Perhaps this title is really important for Samsung, because the era of smartphones was created by Apple using the iPhone, and Samsung has always been regarded as a follower. If you can get the best in the field of folding screen smartphones (if you can create an era better), it is a great opportunity for Samsung to achieve a historic turnaround.

But the time left for Samsung is really not much.

In addition to the successful implementation of the remedy, we must also let users believe that the problems that have not been discovered for many years of research and development can be successfully solved within one month, otherwise there will be no more people paying for the sale on May 31.

Making Galaxy Fold the second AirPower is not a shame (after all, there can be Fold 2), becoming the second Note 7.

Related news
What should Apple learn from the failure of Samsung Galaxy Fold?
Next AirPower? Samsung Galaxy Fold has a lot of fate
Refurbishment! Samsung's new Galaxy Fold fold-screen mobile phone
From huanzhugge to street overlord: the nostalgic artifact of the post-80s Samsung Galaxy fold alternative experience
Is Xiaomi making airpower that apple can't mass produce?
Apple took 4 years to give up! The airpower prototype works normally
Apple is still working on wireless charging pads after terminating the AirPower program in 2019
Hot news this week
Young people can't change their mobile phones one brother pressure in the channel inventory up to 50 million
Chinese mysterious female rich 560 million buy European luxury homes: the full amount of cash is paid at a time
Criminal gang candid courier list takes the money 8 people to be arrested
Do you make feed after Yi Lord? Zhenghong Technology M & A has mystery
Internal personnel have caused players to contradict? Netease "Yin Yang Shi": Impossible!
The first pop -up shop in the United States opened, Bubble Mart opened the North American expansion plan
The goose factory is finally making a move on the metasverse?
With this charging treasure that can legal "stealing electricity", I don’t worry about the mobile phone out of power
Tesla has lost nearly $600 million after the richest Chinese lost 89% of his net worth in the bitcoin crash
Son's bet that ARM's listing will boost SoftBank's stock price?
The most popular news this week
The U.S. Supreme Court abolished abortion rights and caused uproar and big waves of technology leaders to oppose them
Ali Sports changed its name to Orange Lion Sports, and stadium operation became its key business
Alisports responded to the change of name of "Orange Lion Sports" : "The situation is true and the change process is in progress
Physical plug -in! Huawei Nova 10 is expected to be equipped with 5G mobile phone case
Huawei's new phone outlook: Snapdragon Chip image enhancement is huge
Qinling Yang's figurine found fingerprint marks netizens directly called strong: experts revealed the secrets
Intel custom special EDITION DDR5 12 Generation Core memory overcaged by 61.7MHz
U disk artifact upgrade Crack Microsoft Win11 22H2 forced requirements
SMIC: firmly supports the domestic chip industry chain
Small screen flagship and Android 13: In the future, it can still be promoted to Android 16