With only four months to go before the launch of the 2019 iPhone product line, rumors about Apple's new mobile phone are beginning to grow. Some media have seen the rendering of the mobile phone case adapted to the new iPhone from the mobile phone shell manufacturer. Some of the design features of Apple's new generation flagship can be seen more or less from the side. 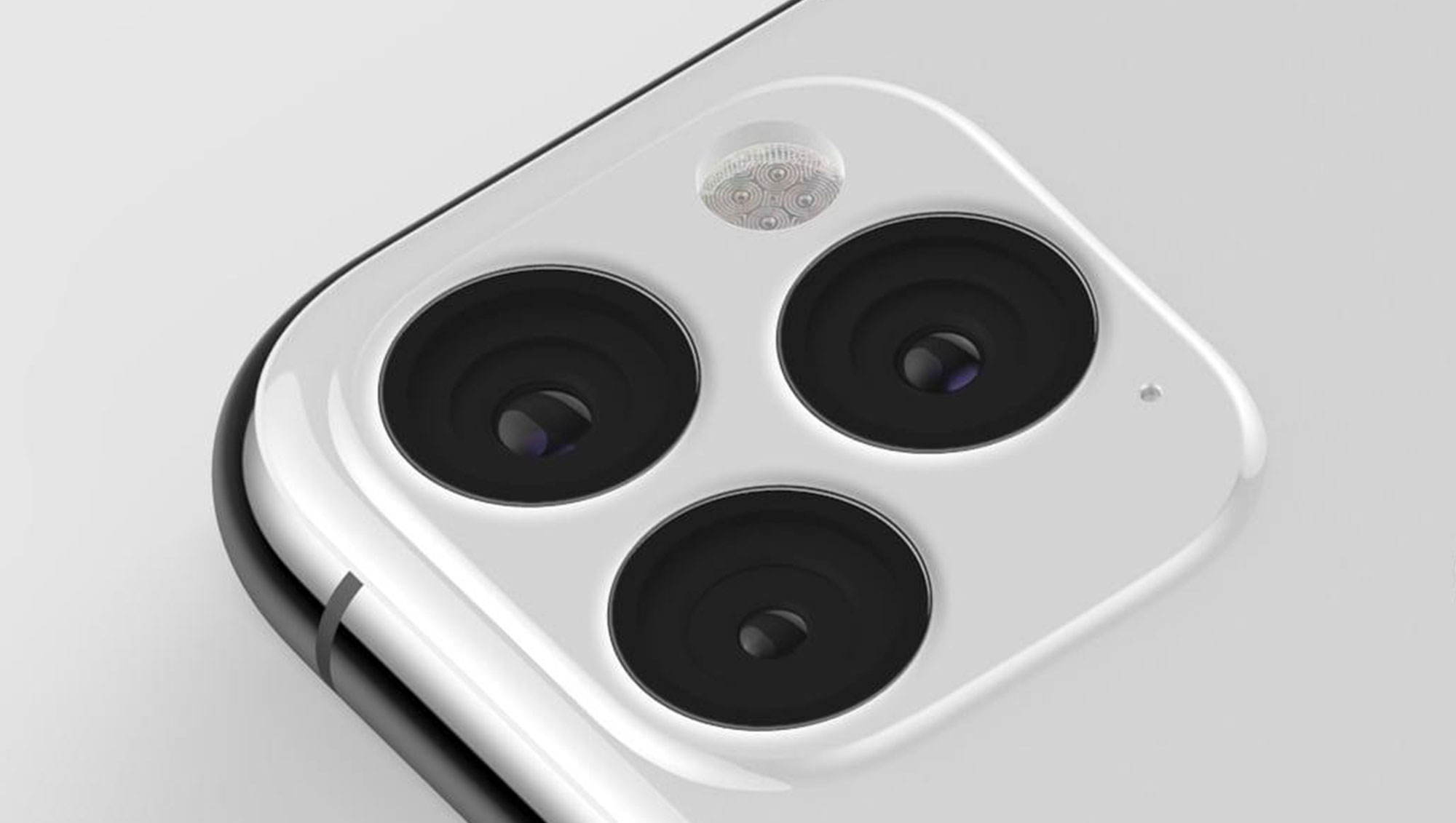 The report comes from Sonny Dickson, Apple's leak god, whose rendering maps of mobile phone shells are believed to be reliable sources of information from China, which are used by the latter to produce mobile phone shells. Dickson said the reliability of the design was very high. 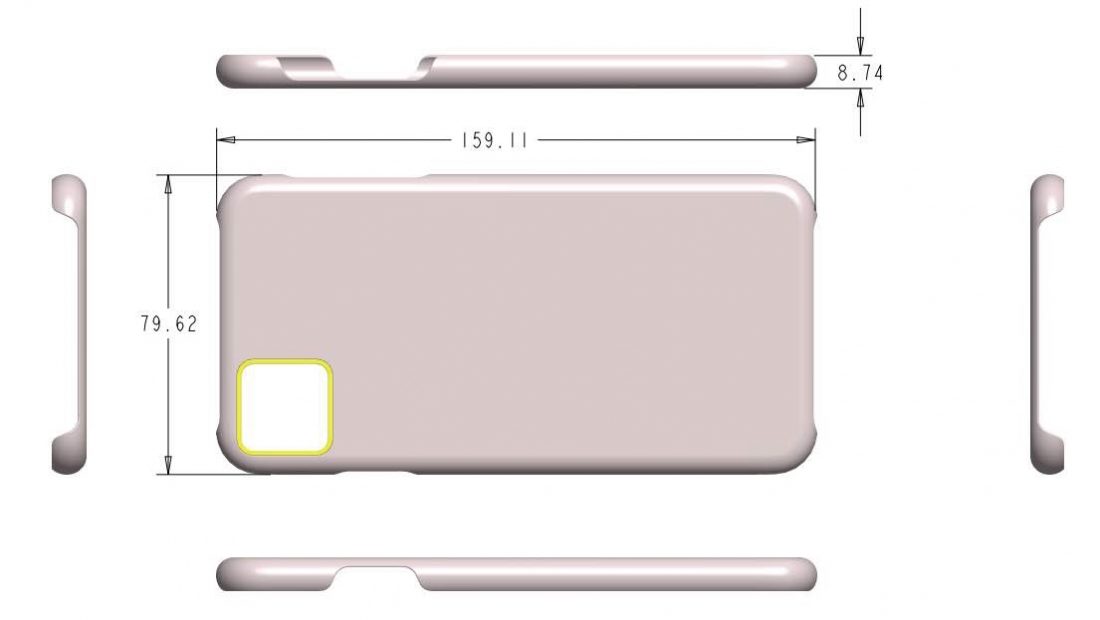 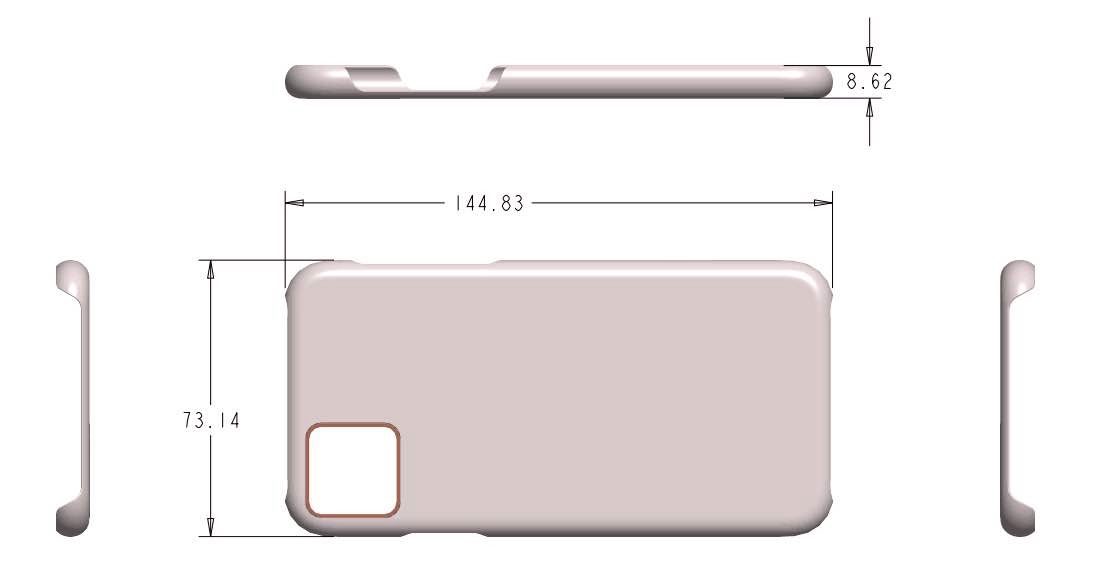 From the rendering image, we can see that the opening of the camera on the back of the protective case is square and large, suggesting that the new generation of flagship iPhone may use the square rear camera module, because it will increase the number of lenses.

The latest rumor about the new iPhone is that Apple will increase the number of rear cameras across the board, with high-end models from two liters to three and low-end models from one liter to two. For this reason, the arrangement of cameras will be readjusted, for example, the three lenses will be triangular. The new iPhone will also bring a "unique" 3D glass backplane, which integrates a huge square camera unit into the backplane design to make the module bulge look less conspicuous. Otherwise, the new aircraft will be equipped with A13 chip and will continue to use Lightning port, but will add reverse wireless charging function (which can charge AirPods, etc.). The mute switch will borrow from the early design of the iPad.

Related news
Is this really the case this year? iPhone XI multiple renderings
Design of Exposure Confirmation Bath Lens for Rendering Image of iPhone XI Protective Shell
Similar to the iPhone VK XI Max: 6999 yuan
Hot news this week
Templates for creating new Twitter in the future? Musk's praise of WeChat has triggered a heated discussion on the whole network
Tencent Music's TME live will re-screen Jay Chou's concert on may 20 and 21
Sony's new LinkBuds S headset parameter exposure: only 4.8 grams of comprehensive battery life 20 hours
Weak demand in the mobile market! Domestic shipments of mobile phones fell 40.5% in March to a two-year low
Henan 4 village bank line cannot withdraw cash? CBRC responds! The public security organs have registered an investigation
Baidu: In 2021, an average of 56 billion malicious information of all kinds will be intercepted every year
"Chinese version of LV" is re -executed 680 million! Reporting the property clues of the chairman, up to 8.66 million yuan
Still did it! Canada has banned Huawei and ZTE from participating in the country's 5G network on "national security" grounds
Pig companies continue to increase technology, just launched the smart pig farm, another 100 million to set up a technology company
The Jingdong Express bulk order sent to Shanghai across the country is completely static? JD.com: Not true No such information has been published
The most popular news this week
The domestic screens are rolled to the 2K screen. Why don't Apple follow the roll?
B station was exposed to layoffs: involving games, overseas business, OGV and other departments
Continuous business adjustment? Ali has been exposed to many sectors layoffs, and the scale of spring recruitment has shrunk sharply
Exposure of Tencent's game business or layoff 10 %: CSIG business group has previously layoffs 15 %
Meizu 19 series coming? Meizu mobile phone appearance patent disclosure: the return of secondary screen
Jingdong crowdfunding 10000mAh mobile power supply: with Apple Lightning and Type-c dual wires
Mobile phone chip CPU energy efficiency ranking: it is comparable to A14
What can we learn about m& # 111nkeypox cases in many countries around the world?
Alibaba Daniel Zhang connects 300 platform merchants: do more practical things for merchants
At the age of 58, he was elected as the chairman of Everbright Bank! Former President of Bank of China and Construction Bank