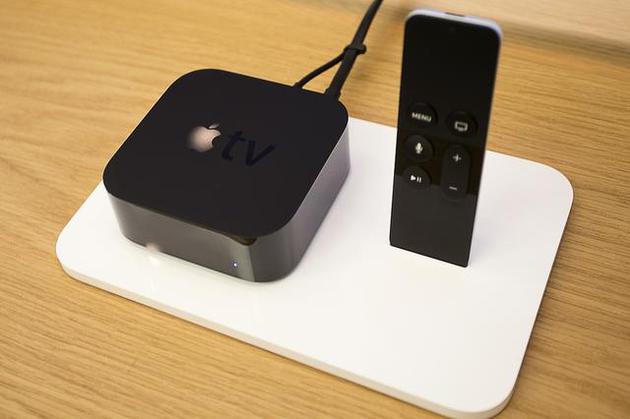 Sina Technology News, Beijing time on May 14 morning news, Apple on Monday launched a new TV application for its devices and some Internet TV, aimed at reselling other companies' programs and launching them later this year. Programs to get more income.

The revised Apple TV app is designed to address some of the headaches that have arisen in the streaming age. For example, programs from the past few seasons may appear on Hulu, Netflix, or iTunes, while current episodes need to be viewed over cable or purchased separately, causing viewers to operate multiple remotes.

Apple's new app will be available in more than 100 markets, combining many services to allow viewers to watch live or on-demand movies, TV shows, news and sports through a single search or personalized recommendations.

Prior to Apple, cable providers Comcast and other companies have taken steps to simplify the modern TV viewing experience.

More important to Apple’s profits, the app also allows users to sign up and buy channels they have not subscribed to without having to create new passwords or download other apps. Apple said that early cooperation channels include HBO, Starz, Showtime and Tastemade, and more partners will join in the future.

Apple executives declined to comment on the economics of these channels, but according to people familiar with the matter, when users sign up for a channel using the Apple TV app, Apple will collect the share.

Apple’s service business sales (including iCloud, App Store and other businesses) reached $11.45 billion in the most recent fiscal quarter, and according to FactSet, analysts’ average estimate was $11.32 billion.

The app will be available on Apple devices as well as 2019 Samsung Smart TVs and some 2018 models. Later this year, customers with certain Vizio, LG and Sony TVs will be able to use the TV app with AirPlay 2.

Apple's TV app also wants users to search for multiple services at once, including using the company's voice assistant Siri. The app will make recommendations based on recommendations from human editors and viewers' viewing habits.

But there are also some restrictions. Netflix said the company's show will not be included in Apple's channel, which means that programs on Netflix will appear in search results, but viewers will need to opt out of the Apple TV app to watch. So far, the Apple TV app only supports three pay-TV providers, including Charter Communications' Spectrum, AT&T's DirecTV Now, and Sony's Playstation Vue.

The Apple TV+ subscription service launched this fall will be based on this app, including original programs by Steven · Steven Spielberg and Oprah · Oprah Winfrey. (woodcutter)

Related news
IBM launches video streaming mobile app, which makes it easy for enterprises to contact employees from all over the world
How do you collect Apple TV's free wool for a year?
What's the year free "wool" for Apple TV?
Captain America can't save Apple TV, should Apple abandon it?
Hot news this week
Titanium Media Publish Assesum: People's Bank: Digital RMB Winter Olympics pilot has entered the sprint phase; Tesla announced that 250,000 Powerwall energy storage power stations have been installed
Close to the apple millet, two weeks of consecutive weeks, China Smartphone second: 3 years, the world's first
Alibaba and Tencent have received more than half of the 43 antitrust fines, and lawyers say the penalties are likely to increase
Study on the sequelae of COVID-19 in the Chinese team: Shortness of breath, depression and other problems still existed nearly one year after discharge
Capital does not love SAIC, "flying" subsidiary, Jet Hydrogen Technology intends to go to science and technology board
Huawei redefines one of the three major communication networks of the underground communication network
Tencent responded to "APP to get ridiculous": Upgrade APP is now downloaded for user rights protection
Gree announced the implementation of the double-holiday work system Dong Mingzhu from the media voice netizen God reply
The approval of Sensetime's IPO gives the metasurverse concept another ride
Netease Cloud Music will soon be listed on the back of 200 million monthly live users how to make money
The most popular news this week
Huawei Heavy Machinery is re-incorporated! Generators except logo exactly
Samsung PCIe 4.0 hard drive upgrade: more heat sinks fully support PS5
New crown latest variament has emerged in early November: New York, USA has a bad feeling
Black Friday us stores face embarrassing situation! Got stuck in the neck
Vehicle positioning signal weak puzzle! To be completely solved by Huawei
Apple resumed sales of the iPhone and iPad in the country after an emergency removal, with prices rising by 25%
In the first 10 months of the year, China's software business revenue increased 19.2%
Guangming Daily: Bid farewell to disorderly competition, platform economic development to tighten the bottom line
Can WeChat transfer borrowed money?
Sources say Huawei has begun mass production of a generation of foldable phone price surprise