After Cambridge's analysis of the company's data scandal, Facebook is hard to recruit. 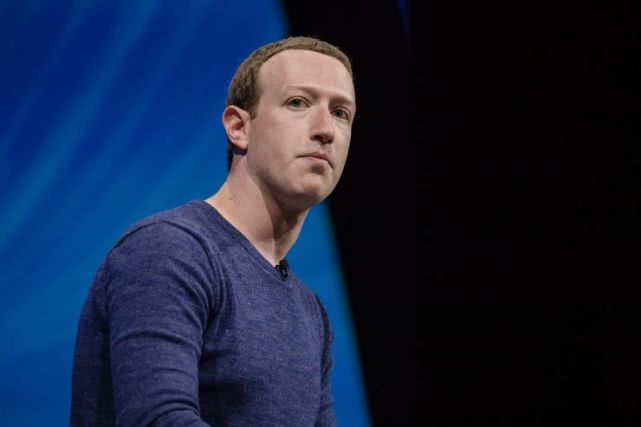 Tencent Technology News, according to foreign media reports, social networking giant Facebook is still affected by the Cambridge analysis company data scandal more than a year ago, because many former recruiters said that many job seekers refused to be considered the best workplace in the United States. Facebook job opportunities.

The six recruiters who left Facebook in recent months said the company’s hire rate fell sharply after the Cambridge analyst’s data scandal in March 2018. In the scandal, Cambridge Analytics of the United Kingdom improperly used data from 87 million Facebook users and used the data in the 2016 US presidential election to create targeted advertising for Donald Trump.

This has a huge impact on Facebook recruitment because the company recruits thousands of new employees every year. These new employees are key to the company's ability to innovate and improve existing products. The company faces fierce competition from other top technology companies such as Google, Apple, Amazon and Microsoft, as well as countless start-ups.

Most notably, the number of college students who have rejected Facebook jobs at top universities has increased dramatically.

The company also encountered this situation during the recruitment process elsewhere.

The company found that in the software engineer job seekers of its product team, the admission rate also declined. A recently recruited recruiter said that the admission rate for these teams has fallen from nearly 90% at the end of 2016 to nearly 50% at the beginning of 2019.

Harrison said in a statement: "On the list of the most attractive employers in the technology industry, Facebook is often among the best. For example, in the past Indeed's Best Workplace leaderboard, we ranked first, ranked second in LinkedIn's top company rankings, and seventh in the GlassDoor leaderboard. Our annual intern survey shows that they have a strong confidence and willingness to return to our company, and we see that the admission rate in the college recruitment process is very high. ”

Recruiters say the decline in job seekers' interest has put pressure on Facebook recruiters, which has made it harder for them to fill the backlog of vacancies.

A recruiter who left in 2019 said: “Many of us have to do our best to ensure that the best candidates don’t slip away. ”

Before the candidate's interest declines, there are other signs that more tech employees are rethinking whether to work for Facebook. In December last year, former Facebook employees said they received more letters from current Facebook employees who are looking for jobs elsewhere. In April, executives at a health technology startup found that it was easier to dig out employees from the company after the Facebook data scandal was exposed.

These data scandals have affected the interest of job seekers and have hurt the morale of recruiters.

One of the most recent recruiters said: “The biggest thing that affects Facebook employees is that we know the data scandal at the same time as the public. It’s like, & lsquo; Wait a minute, shouldn’t our leaders tell us about this first? Instead of waiting for our parents or friends to see the relevant information and then contact us? & rsquo; This is shocking. ”

Recruiters say that Facebook has lost to other top companies like Google, Microsoft and Amazon in terms of competing for talent. These companies can offer the same salary and signing bonuses as Facebook, and the scandals are much less.

Former recruiters said that many of Facebook's candidates have also flown to start-ups that are ready to go public or just listed, such as online travel rental services Airbnb, office communication applications Slack, taxi services Uber and Lyft. Some candidates have also chosen high-growth start-ups, including Robinhood and Stripe.

Recruiters say the company’s scandal is not the only reason Facebook’s new recruiting job is in trouble. There are other reasons, including the soaring cost of living in the San Francisco Bay Area and the brutal competition for talent among top technology companies.

Other candidates, especially students, are also rejecting Facebook invitations because they use Facebook apps less than their predecessors, so they don't want to work for the company.

Related news
Facebook Platform Suspends Tens of Thousands of Applications to Enhance User Privacy Protection
Meta Company slams Facebook to change the name in the open letter
Hot news this week
At least 29000 facilities were affected, and WeiUnicom announced that there were serious loopholes in QTS and QuTS hero.
The source code of the official website shows that the Microsoft Build 2023 developer Conference will be held on May 23-25.
The rendered picture of Meizu experience Center is exposed: there are cars and mobile phones to build 1000 stores.
Musk, the richest man in the world, also suffered a huge loss when he bought bitcoin by Tesla, who "cut leeks".
256G is not enough! Bloggers bought Xiaomi phone 512G has used up more than 300G: WeChat accounted for 70G
Xiaomi tablet 6 key specifications steal run: high brush domestic screen Snapdragon 870 can also play!
Regret that the medicine is gone! Apple closes downgrade channels for multiple versions such as iOS on 16-15-12.
Beihang Professor unveils FIG Leaf, consumer anger, Why is advanced technology difficult to win user recognition?
Only high-end models have? The exposure of the periscope camera lens is limited to the iPhone 16 Pro Max
Meta earnings release analysts: Snap turning profit into loss in the fourth quarter is good news for it and Google
The most popular news this week
Microsoft's new version of Bing appears briefly: full access to ChatGPT
Bill Gates: the history of ChatGPT is as significant as "PC or the birth of the Internet"
Why does the United States keep cracking down on Huawei, but we don't do anything to Apple?
Samsung promises firmware update to solve the problem of plummeting Pro SSD health value
AI such as CEO:ChatGPT, parent company of "GTA5", will raise standards in the game industry.
Huawei's entry into the electric bicycle Tailing official announced that the combination of strong and powerful forces will open a new era.
Huawei P60 appeared and ran: it was quite unexpected to carry the processor.
Yingchi set foot in the game display for the first time: 27-inch 2K screen, 165Hz high brush
Who says Jixian can't play games? Evaluation of Lenovo's new Pro 16 2022 sharp dragon version
Domestic version of ChatGPT! Baidu version has successfully registered ERNIE trademark: opened in March