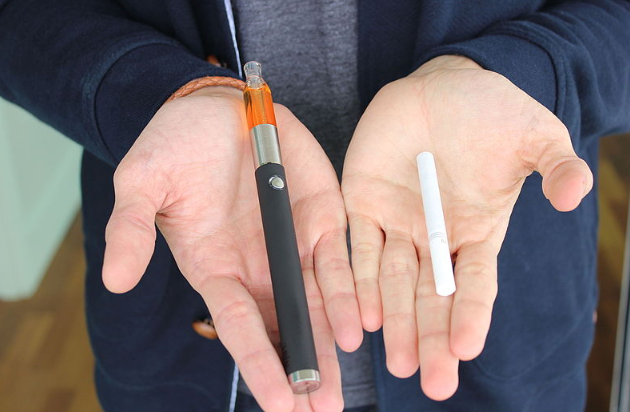 Electronic smoke is a product that produces aerosol by heating a special solution for users to use. Some are shaped like traditional tobacco products, others like daily necessities, such as pens, or U-disk (such as JUUL). The World Health Organization (WHO) has previously expressed the view that the aerosols produced by the use of electronic smoke usually contain toxic substances and pollutants, which can lead to a series of human diseases.

Organizations such as the American Academy of Pediatrics (AAP) believe that e-cigarettes are the most commonly used tobacco products among young people. From 2017 to 2018, the number of young people using e-cigarettes in the United States increased by 1.5 million. The absence of FDA regulation has led to the proliferation of electronic cigarettes among adolescents, threatening the health of the next generation.

The order of the Federal Court can be seen as a further tightening of U.S. policy on the teenager e-cigarette market. According to the official FDA website, as early as 2014, electronic cigarettes have surpassed traditional flammable cigarettes and become the most commonly used tobacco products for middle school students in the United States. By 2017, 2 million teenagers were using electronic cigarettes.

To cope with this situation, the FDA launched a Youth E-Cigarette Prevention Campaign in September 2018 called "The Real Cost", which aims to protect adolescents from smoking through the introduction of intra-campus promotional materials and digital public service advertisements. This is also the fourth Youth Tobacco Prevention Campaign launched by the FDA after 2014.

However, due to the lack of clear policy signals, the youth anti-smoking campaign with a strong public welfare nature does not seem to be effective in saving American addicts. According to a survey released by the Center for Disease Control and Prevention (CDC) in February this year, the number of teenagers who smoked in 2018 increased by only 4.9 million, 38.3% compared with the number of high school students who smoked last year, and the "culprit" of this increase was electronic cigarettes.

According to the report, 20.8% of high school students smoke electronic cigarettes, which is several times more than traditional tobacco products such as packed cigarettes (8.1%) and cigars (7.6%).

In addition, the report further points out that the increasing use of e-cigarettes by adolescents is closely related to the growth of sales of JUUL, a local brand of e-cigarettes in the United States.

In contrast, at the beginning of this year, Stanford University published a survey of JUUL's autumn advertising campaign from 2015 to 2018, which showed that 75% of the e-cigarette company in the market, through its social media accounts (Instagram, Facebook and Twitter) information launch, obviously marketing adolescents as consumer groups.

In addition to federal judges'requirements for censorship of e-cigarettes, state governments in the United States have also taken legal measures against e-cigarettes, which are popular with teenagers. May 15, American CabletelevisionNews Network (CNN) quoted North Carolina Attorney General Josestan (Josh Stein) as saying the state had filed a lawsuit against e-cigarette maker JUUL, saying it sold its products to teenagers and misled the public about the risks of the products. "thousands of North Carolina teenagers are likely to be addicted to nicotine because of JUUL's deceptive and unfair practices," Stan said. "JUUL must be stopped and made to pay for violations."

This is the first lawsuit in the United States against the company on suspicion of marketing to teenagers.

The World Health Organization (WHO) has released information that studies have shown that the second-hand aerosol (the second-hand smoke of electronic cigarettes) produced by the heating solution of electronic cigarettes is a new source of air pollution, which is more harmful than traditional cigarettes. These include particulate matter (including fine and ultrafine particles), 1,2-propanediol, some volatile organic compounds, some heavy metals and nicotine. It's not just "water vapor" as many marketing campaigns do. Compared with smokeless fresh air, second-hand aerosols can cause PM1.0 values to be 14-40 times higher and PM2.5 values to be 6-86 times higher. Nicotine content is 10-115 times higher. The content of acetaldehyde is 2-8 times higher and that of formaldehyde is 20%. Some of the metals produced, such as nickel and chromium, are even higher than the second-hand smoke produced by traditional cigarettes.

Related news
Electronic cigarettes have been challenged again. The U.S. Federal Court has ordered the FDA to speed up the review of electronic cigarettes.
FDA ordered 44 electronic cigarette products to be removed from the U.S. Market
Why are e-cigarettes surrounded from San Francisco to Shenzhen?
Slow growth in U.S. e-cigarette sales: a concentrated outbreak of negative news or a rise in flammable cigarette sales
The report says the number of American high school students using e-cigarettes is still on the rise
The latest FDA report: there is no relationship between cell phone radiation and cancer
Electronic cigarette giant Juul filed an application with FDA: it hopes to continue to sell in the United States
The FDA is expected to withdraw Juul e-cigarettes from the U.S. market
Hot news this week
China has found 35 known cases of the new zoonotic virus Langya
Losses in a single quarter of $ 23.4 billion a record, SoftBank did not carry the plunge of technology stocks and the devaluation of the yen
The prevention and control of the American Monkey epidemic has failed. What should I pay attention to?
Kuaishou launched a self-developed cloud intelligent video processing chip: The chip has been streamed successfully
The new product of Xiaomi MIX is coming: both internal and external dual -screen has been upgraded to make up for the previous generation.
Ministry of Public Security: Single telecommunications network fraud continues to cause 40 % of all electrical fraud cases
A new zoonotic virus, Langya, found in China has not yet been confirmed to be transmitted from person to person
A tech company in Shanghai has been fined 220,000 yuan for swiping orders to improve its ranking on Yelp
Special price "kill ripe"? Bike-sharing platforms have different prices for the same package for different users
Alibaba: Shareholders SoftBank will settle in advance for advanced payment in advance involving a maximum of about 242 million ADR
The most popular news this week
Google Fiber's home has been silent for many years and continues to expand after many years
Gurman: Apple is going to expand advertising into the new iPhone/iPad area
Studies have shown that the attacks by the game company have doubled in the past year
Apple's new iPad does not support 3.5mm headphone hole, Baidu map big update, anchor adopted two protected plants were checked, Rui Dragon 7000 series price stolen, these are the o...
A proposed ban on Internet addiction in California has failed
Industrial star attraction strategy to cope with the American semiconductor strangulation strategy
"Mother of the Chip" suffers! The United States blocked EDA to China: not so simple
8K Super Clear screen records Lingyue of China Space Station! Only 0.72 seconds
Sell to Tencent less than a year Sogou by the big purge: three major businesses are gone
After being suppressed by the United States, why did Ren Zhengfei thank you?