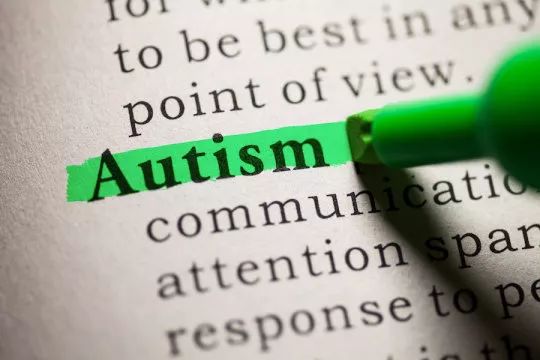 Human brain research links gene activity to the severity of disease and points out the goal for future treatment.

According to UCSF's study of human brain tissue after death, changes in gene activity in specific brain cells were found to be associated with the severity of autism in children. The authors believe that by understanding the contribution of specific changes in cell gene expression to the symptoms of disease and changing the function of brain circuits, it provides an important basis for treatment.

In recent years, scientists have learned that autism spectrum disorders (ASDs) are usually caused by changes in genetic instructions for self-connection in the developing brain, starting in the second trimester of pregnancy and continuing into early childhood. For autistic patients, it is unclear how these disordered instructions produce different mature brain circuits, or how these changes lead to social communication difficulties, limited repetitive behavior, and other symptoms that define this disorder. The authors of the new study say this is one of the reasons why there are no drugs available to reverse or treat these symptoms.

In the new study, published in Science on May 17, 2019, researchers led by Dr. Dmitry Velmeshev, a postdoctoral scholar at Kriegstein Laboratory, used new technologies to look for differences in gene activity to see how the brains of autistic patients differ from specific types of brain cells of non-autistic patients at the level of neural circuits.

Velmeshev and his colleagues used a new version of the technology to extract RNA from nuclei isolated from brain tissue samples, and then identified the cell types from which genetic material originated according to the pattern characteristics of gene expression. This allows researchers to successfully find biological differences in specific cell types and circuit components in the brains of autistic patients.

Using this single-nuclei sequencing method, researchers quickly captured and screened frozen autopsy samples from the NIH NeuroBioBank and the University of Maryland Medical School (Brain and Tissue Bank) (in previous studies, the two brain regions of autistic patients exhibited different behaviors) They compared brain samples from 15 people who died of autism between the ages of 4 and 22 with those from 16 people who died of non-neurological causes at the same age. Since many autistic patients also suffer from epilepsy, researchers also examined brain samples from epileptic patients to differentiate between brain changes that are more likely to be caused by epilepsy than autism itself.

Based on the analysis of more than 100,000 nuclei in these brain samples, it was found that the brains of autistic patients contain a common set of genetic changes that are related to synaptic communication between neurons. These changes were found in the cells at the top of the neocortex responsible for local information processing. They also found changes in non-neuronal brain cells (glia), which may affect their role in pruning and maintaining healthy nerve circuits.

Researchers have found that many differentially expressed genes are widely expressed throughout the brain in autistic patients, but only in specific cell types do these genes show significant changes in disease. It is noteworthy that the degree of gene expression in these specific cell populations is closely related to the severity of behavioral symptoms.

Researchers have long feared that a disease with so many symptoms and genetic causes, such as autism, is so variable at the nervous system level that everyone needs a unique treatment. In fact, researchers have identified a common set of circuit changes among patients of different ages and genetic backgrounds, which brings a new hope that one day there will be a common treatment strategy for many people with the disease.

On the other hand, Velmeshev and Kriegstein point out that these common genetic changes are highly specific to certain cell types in the brain, a finding that poses a major challenge because any treatment must accurately target these affected cell types.

In order to better understand how the specific cell changes they found in this study affect the function of neural circuits in autistic patients, the researchers plan to use 3D

Related news
Science: Mononuclear sequencing accurately captures the type of human brain cells that are potentially "pathogenic"
AI has captured many people and has re-entered Science, training costs $150, and wins 1,000 knives per hour.
Science: How the brain encodes visual information about color and shape
Science Advances publishes flexible electronic patches that allow two-way communication with robots
Science Supplement: Inspired by Viper! Ultra-fast and painless patch syringe has been successfully debuted
Hot news this week
Behind the exposed layoffs, China has praised the loss growth, and the stock price has fallen 67% in three months.
The news said that the Wi-Fi7 chip uses a 7/6nm process to stimulate QFN packaging and aging testing needs
Alipay life channel 20 million people see Wufu Sheng Xiaoka lottery live, fans: difficult for the public
The U.S. government is introducing new policies to attract international students in fields like science and technology
The U.S. Senate Committee passed the tech antitrust bill, and giants such as Apple and Google rose to the challenge
It has been exposed that it will be acquired by Tencent: the Black Shark 5 game mobile phone is officially announced!
China has successfully developed the world's lowest power phase change memory: a thousand times lower than mainstream products
Microsoft Apple Meta seizes the XR market, the Samsung of the fillet folding screen mobile phone or wants to catch up
K50 e-sports edition opponent is coming! A new Chinese phone released in February: it claims to be the best gaming phone
Station B Bilibili 2021 Top 100 UP Main Selection: 63% of new entrants, double the proportion of scientific and technological knowledge
The most popular news this week
7 years! The classic control panel doesn't die: Windows 11 takes another step back
All color renderings of the Samsung Galaxy S22/Plus/Ultra flow out
Indian smartphone shipments increased by 12% of China's reputation points near 68% share Samsung plans to add code
Three months after launch, Microsoft is "happy" with Windows 11: more successful than previous systems
Google announces the abandonment of FLoC: launches a new Topics API to replace third-party cookies
Reveal the "land Probe 1 A star" space autopilot: "time and space revisit" to predict geological disasters
Circle of friends can send more than 9 pictures weChat iOS version 8.0.18 official version of the new content public
Douyin push incentive plan: carry forward China's excellent traditional culture
Common software is spitted in an amazing: mobile phone app memory
A rocket launched by the United States 7 years ago was about to hit the moon and self-destruct: the speed was staggering