According to Reuters, Google's business interruptions include the need to transfer hardware, software and technology services. Huawei will immediately lose its ability to get Android system updates. It can only use the Android Open Source Program (AOSP) to access proprietary applications and services from Google.

However, a Google spokesman said the Huawei smartphone with Google applications will now be able to continue to use and download the Google-provided application updates: 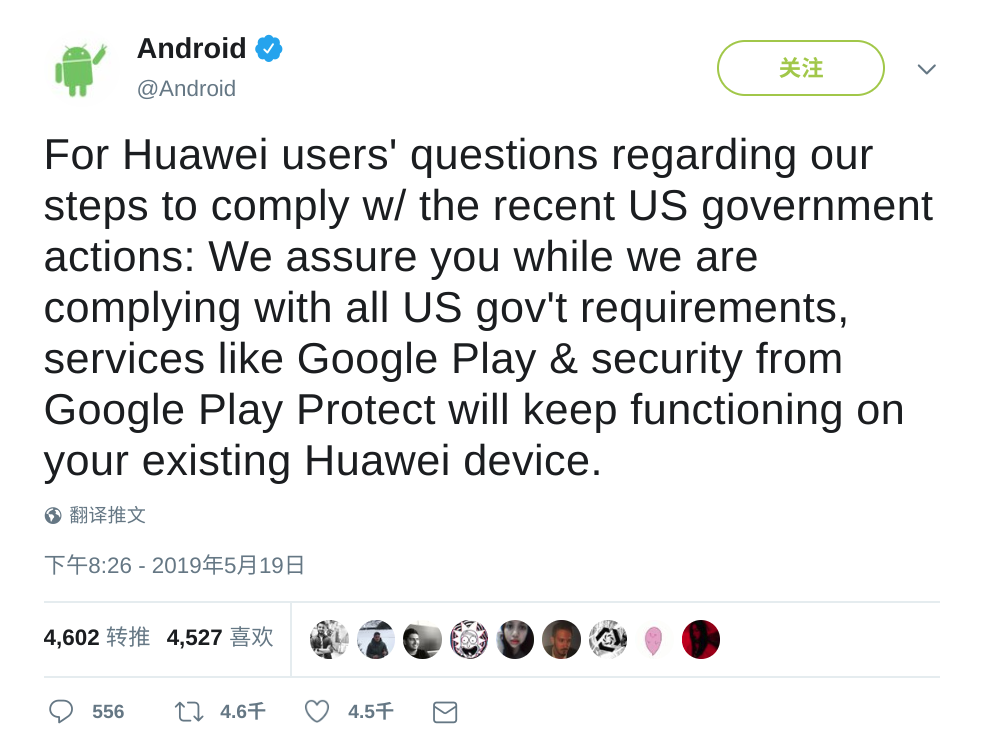 At noon, Android officially confirmed the news. Android Twitter account released a dynamic (pictured above) that responded positively to the incident: in response to Huawei users'questions about our compliance with the recent actions of the U.S. government, we assure you that while we comply with all the requirements of the U.S. government, Google Play and security services of Google Play Protect will continue to be available to you. The existing Huawei equipment is running.

This means that Huawei users can still update their applications through Google Play Store and download new applications at any time. In addition, some of the most important Google services, such as Gmail, Google Maps, Search and Google Smart Assistant, will continue to run on Huawei smartphones.

Android's official Twitter also confirms that Google has complied with the U.S. government's demands on Huawei and has indeed limited Huawei's ability to update its Android operating system.

Note: AOSP, that is, Android Open Source Project, can be simply understood as the one referred to in this article.