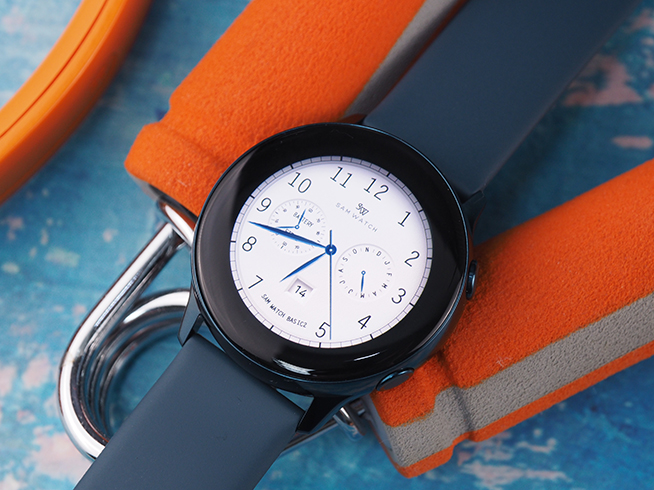 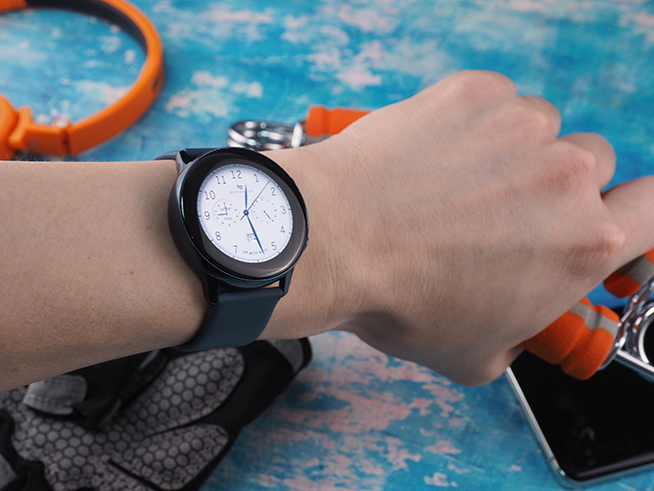 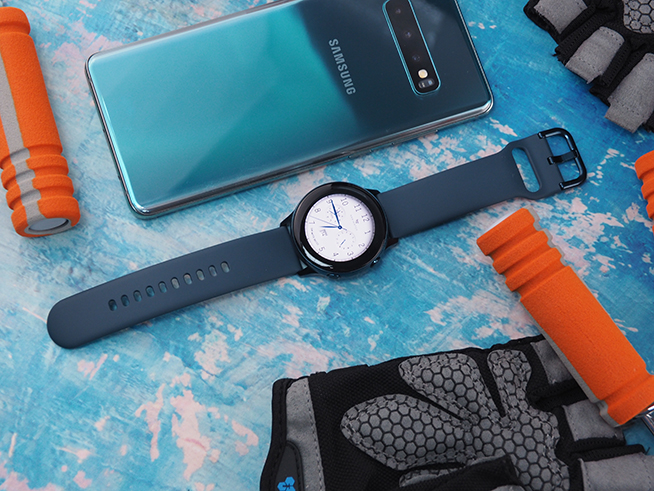 Samsung Galaxy Watch Active has only two circular physical keys on its watch, with the Home key below the return key at the top. In fact, the design of these two physical keys has some special features, that is, the height of the return key protrudes slightly more than that of the Home key. Although it does not seem obvious, the touch of the hand can clearly feel the difference in height, which also facilitates the daily operation. 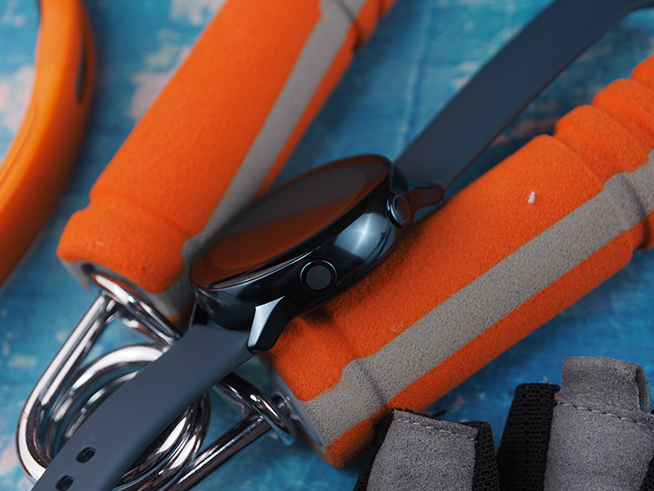 Samsung Galaxy Watch ActivepartsThere is an extended watch strap, which is easy to disassemble and install, and Samsung also has different colors of watch straps to choose from. 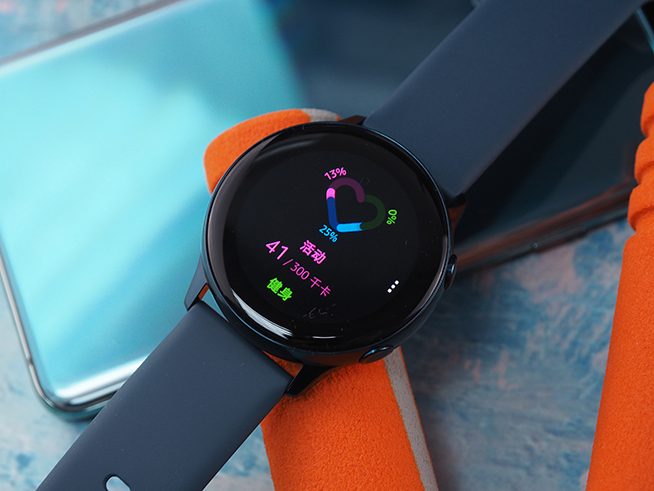 Samsung Galaxy Watch Active needs to be matchedMobile phoneUse the Galaxy Wearble for pairing. If you are paired with a Samsung Galaxy, the process is simple. Taking Samsung S10 as an example, we first started to use the Galaxy Watch Active and entered the system for pairing, so long as the watch is close to Samsung S10, the mobile phone will pop up the pairing prompt with the watch, and then according to the prompt of the mobile phone, the pairing can be completed without entering the pairing identification code. It's not necessary to have other operations on the watch, that's so simple and convenient. 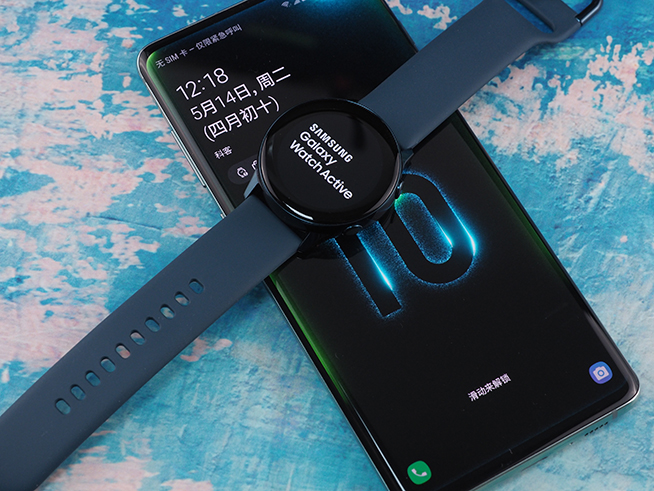 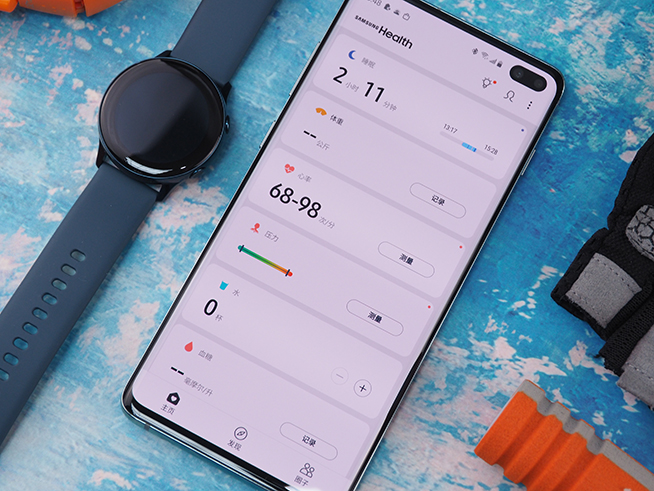 One thing to note about Galaxy Watch Active is that when you press Home to enter the main page, you need to click on the same icon twice to enter different functions. Although this logic is different from most smart watches or smartphones, if you consider that the screen of Galaxy Watch Active is relatively small, then 2 In fact, the second click operation can play a role in preventing mistake, thus improving the accuracy of the operation. 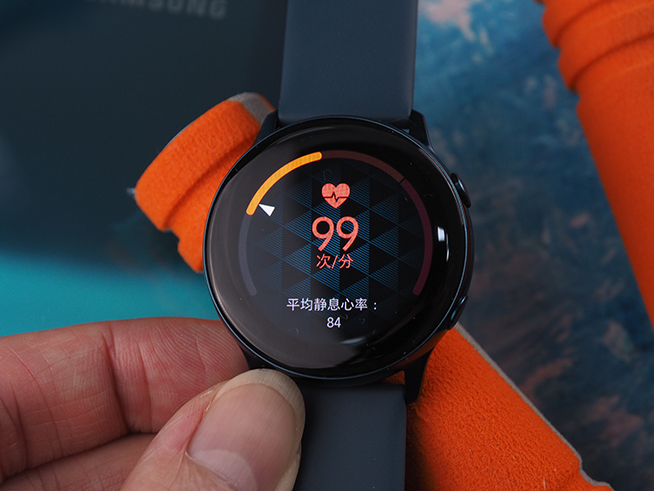 The Galaxy Watch Active, which appears to be very elegant in all its aspects, can only use 230 mAh lithium battery on the battery, with the official data for about 45 hours for normal use, about 15 hours of GPS standby time and about 8 hours for music playback. The Galaxy Watch Active battery may be more difficult to meet if you want to implement a two-day charge in the case of a motion mode, but if it is used as a watch, it's OK to use it normally for 1-2 days. In the aspect of charging, the Galaxy Watch Active is equipped with a wireless charging base, and it can also be charged with the reverse wireless charging function of Samsung S10. 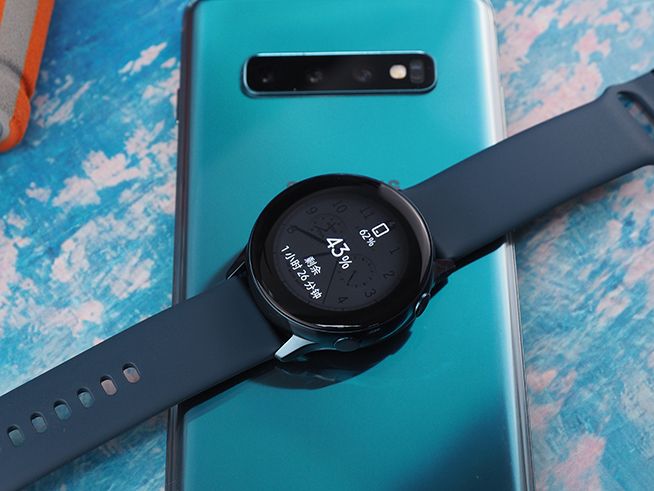 Samsung Galaxy Watch Active has a variety of motion modes, but we can also monitor health numbers through "daily activity" monitoring. Because Galaxy Watch Active's built-in motion sensors support automatic tracking of seven types of activities, so the watch can monitor and feed back relevant data at any time without entering a special motion mode. For example, after turning on the all-weather heart rate monitoring function, when abnormal heart rate is detected, the watch will alarm in time. It can also turn on the function of continuous pressure level detection. If the pressure level is too high, there will be corresponding prompts, and the pressure difference before and after breathing can be seen intuitively. 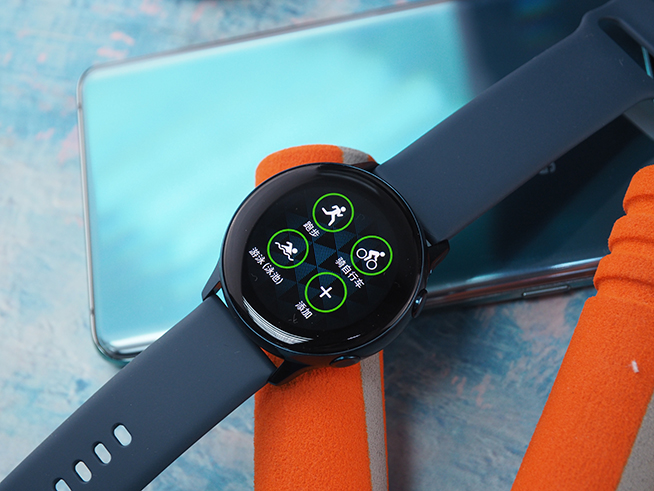 In fact, Galaxy Watch Active in Samsung's smart watch series products, its positioning is to belong to the pioneer, its beautiful appearance design for users will be easier to match, and there are different body color options, making Galaxy Watch Active suitable for boys or girls to use. Although the watch body limits the size of battery capacity, but through the "daily activities" monitoring function, you can understand a lot of key health data, but also very convenient. Samsung Galaxy Watch Active will be a good choice if you want a smart watch with a slightly more elegant appearance. 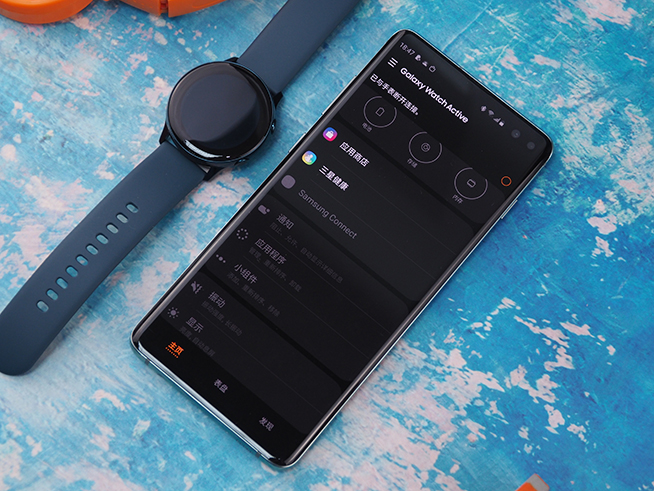 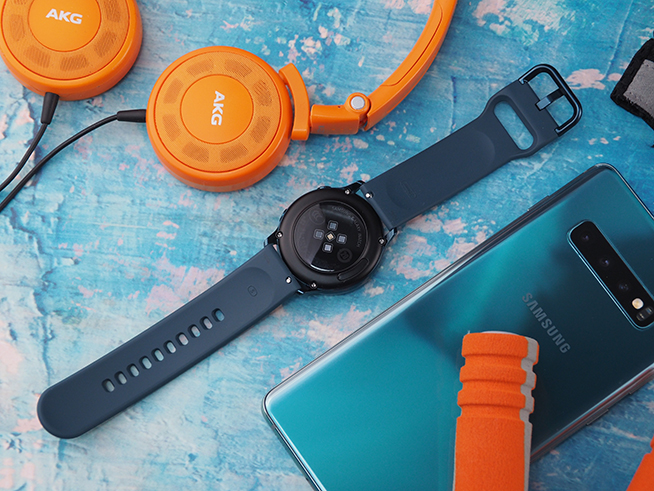 Related news
Samsung Galaxy Watch Active Experience Evaluation: Beautiful Appearance Love at First Sight
Samsung Galaxy Watch Active 2 will "copy" Apple Watch's three health features
Samsung Galaxy Watch Active 2 confirmed that there are three models without ECG
Samsung Galaxy Watch Active 2 promotional materials renderings exposure
Samsung launches Galaxy Watch Active 2 smartwatch with digital rotating border and LTE support
Samsung Galaxy watch active 2 is certified: your blood pressure will be measured soon
It is reported that Samsung may release Galaxy watch 4 and watch active 4 in the second quarter
Hot news this week
With the NIL technology, Canon wants to provide China with a lithography machine comparable to the EUV
Genius hacker Geohot promised Musk 12 weeks to fix Twitter search, but posted for help because he wouldn't react
Google's parent company is planning to cut tens of thousands of jobs
The Long March 9 is basically confirmed: the low-orbit carrying capacity of 150 tons can carry the entire space station into space
A small plane in the US has crashed into a 30-metre high voltage power line and got stuck: 80,000 people affected
Can recording others' wechat chat records be used as evidence? The Beijing Internet Court has an answer
Alibaba launched a new cross-border e-commerce platform in Spain, aiming to operate independently in the middle and high-end market
Google is concerned that Microsoft's acquisition of Activision Blizzard will affect the ChromeOS experience
The second generation Snapdragon 8 flagship! Mi 13 toughened film appeared: four sides and other narrow screen accounted for a stable ratio
A Tesla crashed into two cars in Taizhou, Zhejiang province, killing two and injuring one, police said
The most popular news this week
QQ membership via SMS has become a thing of the past: Tencent officials said the relevant business functions have been offline
Two men ransacked an Apple store and made off with more than 200,000 products: a textbook move by the employees
South Korea 2-1 Portugal repeat Asian miracle: Lei Jun with Xiaomi 13 thumbs up
The standard version is unbeatable and sells for 3,999 yuan for Mi fans
Two new Huawei devices are ready to launch: one is more creative
For the first time ever! NVIDIA graphics card to play the game flash screen must refresh the BIOS
Samsung Galaxy Z Flip5 exposure: Larger screen, fewer creases
What is this picture? Intel next generation Fever U also has 6 cores!
1W less than 40 cents 550W gold medal full module power 199 yuan RTX 3060 are enough
Viral 'Coronavirus Medicine Sequence' : Reliable? Experts guide the way