Waiting for Radeon RX 5700 Series: AMD Navi GPU will be launched on PC platform in July

Although in the mainframe market?Microsoft Xbox/ Sony PlayStation is very mixed, but AMD has been lacking in recent years to compete effectively with Nvidia GeForce PC game graphics cards.

But a few hours ago, AMD announced through its official Twitter account.——As a member of the GPU family of AMD's first Navi games, the AMD RX 5700 series GPU based on the new RDNA game architecture will soon meet with you. 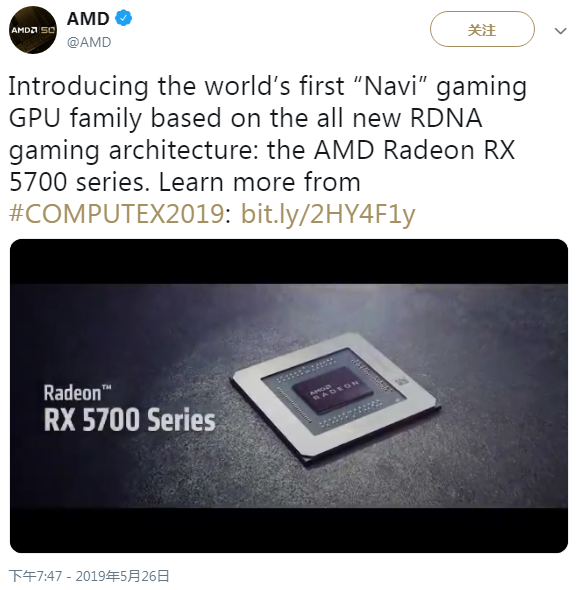 In addition to renaming Navi as RDNA Architecture, AMD will hold a special presentation on June 10, when more details will be released.

AMD said that the new architecture could provide up to 1.25x performance and 1.5x per watt energy efficiency improvements, and the Radeon RX 5700 series would match GDDR6 memory and support PCIe 4.0.

Period,Taking Strange Brigade as an example, AMD shows that the RX 5700 GPU series has a unique advantage over Nvidia RTX 2070 (about 10%).As for the performance of other games, it is not known yet.