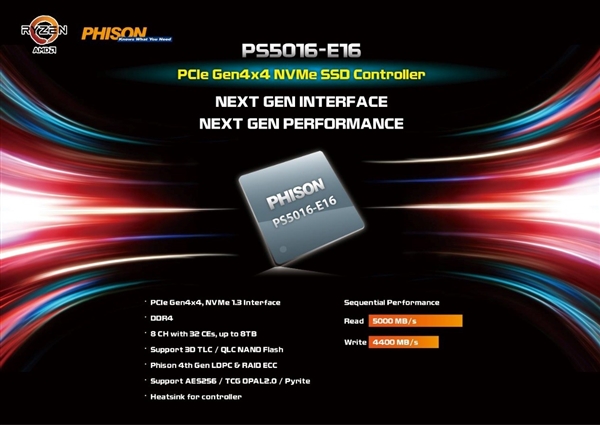 Grouplink Electronics revealed thatIn the third quarter of 2018, the company discussed the PCIe 4.0 ecosystem with AMD and invested a lot of resources to develop the first master chip "PS5016-E16" that supports the PCIe 4.0 x4 specification.

It adopts28nm process manufacturingSupports the latest 96-layer 3D TLC/QLC flash, eight channels,Maximum capacity 8TBIntegrated with the fourth-generation RAID ECC and LDPC error correction engine, with an exclusive patented hardware accelerator design.The theoretical read and write speeds are up to 5GB/s and 4.4GB/s, respectively, but they must be paired with heat sinks.

The new master will start sampling this quarter and begin mass production import. 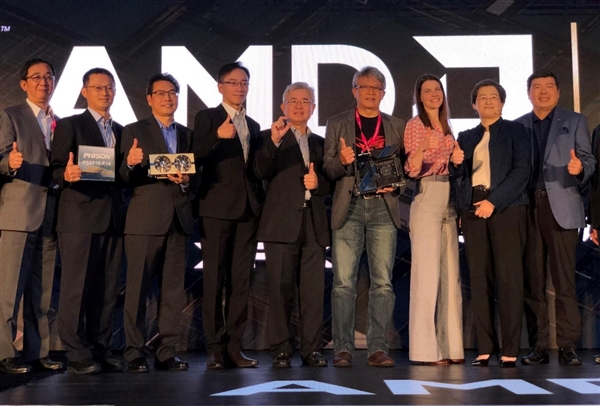 The appearance continues the design aesthetic of the HOS Hall of Fame HOF Hall of Fame.White PCB, silver heat sink is based on the god of the wind and snow, CNC process cutting high-performance aluminum, adding ultra-long pure copper tube, keep running for a long time without slowing down.

GALAXY said that the HOF Pro PCIe 4.0 SSD will be available soon. 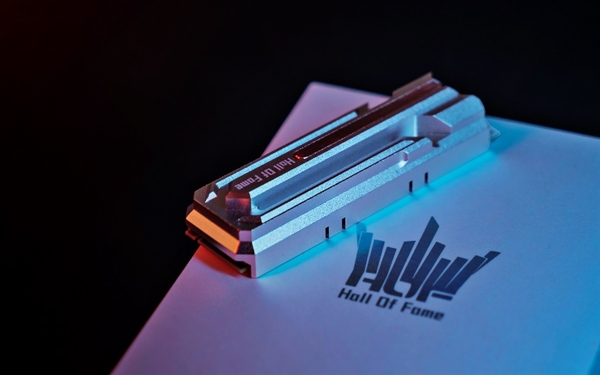 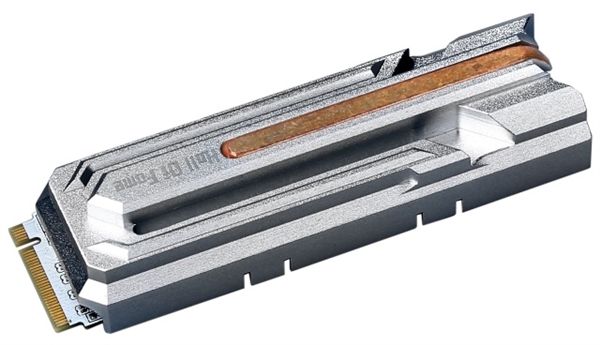