Made in China Tesla Model Open Reservation on May 31 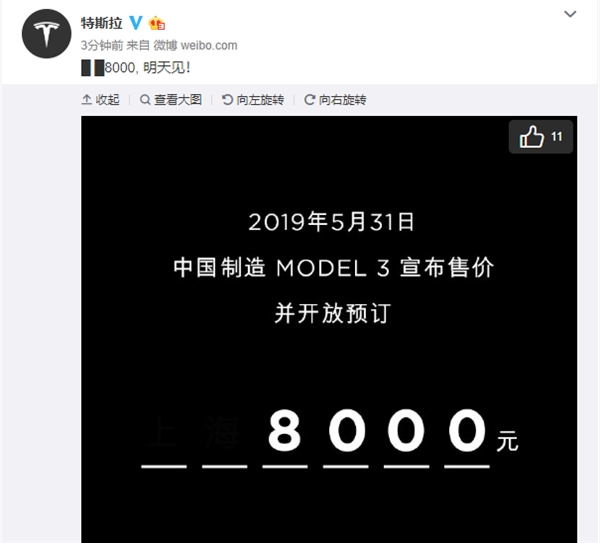 In fact, microbloggers have analyzed this before. At present,Tesla China's official website sells an updated version of Model 3, which starts at 377,000 yuan (including Autopilots). At present, the unit price of Autopilots is 27800 yuan.

Domestic Model 3 has no tariff on imported vehicles, but imported batteries and motors still have corresponding tariffs, so the price can't be lowered to the end naturally.Therefore, it is reasonable to maintain a gap of about 50,000 between 328,000 and imported editions. 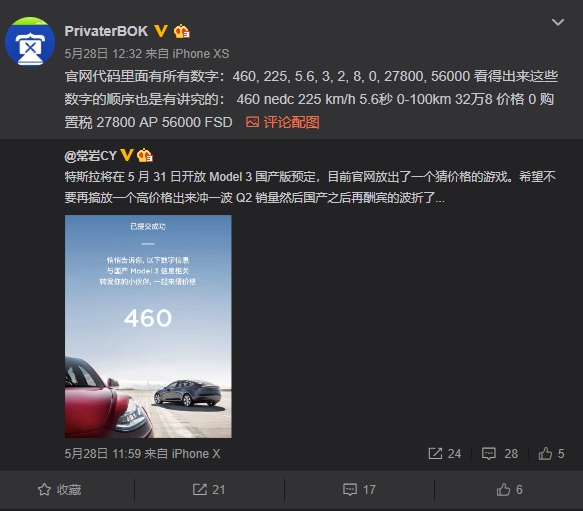 On May 22, Tesla China announced that owners of Model S/X upgraded models ordered and picked up by now until 2019.06.30 (inclusive) will enjoy both standard loan interest rates and insurance subsidies worth 16,000 yuan; owners of existing models S/X cars without upgrades will be given a lifetime free overcharge (which will expire when they resell).

Tesla said that the mileage-enhanced upgrades of Model S and Model X are equipped with a new powertrain and adaptive suspension, allowing longer mileage and more comfortable driving.

It is understood that the upgraded version of Model S and Model X introduced permanent magnet synchronous reluctance motor on Model 3, which increased the range by more than 10%. In addition, power and torque increased.