Will Apple and Intel support the popularity of Thunderbolt? 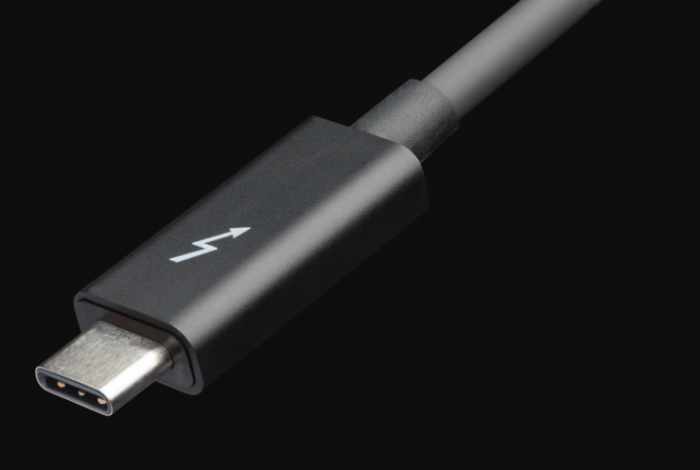 In 2011, Intel-led Thunderbolt first appeared inMacBookOn the Pro laptop, as a universal interface for displays, storage systems and other high-end peripherals, it has since expandedWindowson the computer.

By 2019, Intel's new Ice Lake processor will build direct support inside the chip rather than relying on a separate processor; this will undoubtedly make Thunderbolt more common. (Of course, with the injection of Thunderbolt technology, USB will also get better in 2020).

So the question is: Will Thunderbolt become a true mainstream technology when USB is everywhere and faster? Whether Thunderbolt will give a new answer to this question is still unclear.

But Endpiont technical analyst Roger Kay thinks it won't. He said that Thunderbolt reminded him of IEEE 1394 (also known as FireWire interface). At the time, IEEE 1394 had technical advantages and was supported by Apple, but it was not standard and eventually lost to USB. Thunderbolt will be difficult to gain, except for special uses.

What are the advantages of Thunderbolt?

On Mac computers and some Windows computers, Thunderbolt ports can be used to connect peripherals such as monitors, high-speed network adapters, regular hard drives, and larger storage arrays. On a laptop, a Thunderbolt docking station allows your computer to access a flash memory card reader, power cable, HDMI display, Ethernet, and USB mouse and keyboard. Gamers and video editors can use Thunderbolt to plug in an external graphics card, which is more powerful than a graphics card built into a laptop.

In addition to its superior connectivity, Thunderbolt's transfer speed is fast, and it can transfer data at 40 Gigabits per second. This speed is enough to replicate the 2.5-hour Avengers 3: Infinite Wars in 1.7 seconds - 8.4 GB Full HD files.

Just as important as Thunderbolt's speed is that it can handle many types of data, for example, it can retrieve photos from the hard drive without causing any problems with 5K resolution displays.

Thunderbolt was Intel proprietary for a long time, and Intel chose to open it; this way, others could use it to do things like make controller chips.

In fact, this is why Intel is optimistic about this technology. In a statement, Intel said that the processor integration on the Ice Lake chip, coupled with the release of the protocol specification, is expected to allow Thunderbolt 3 to be adopted on a large scale, allowing it to move toward the mainstream. 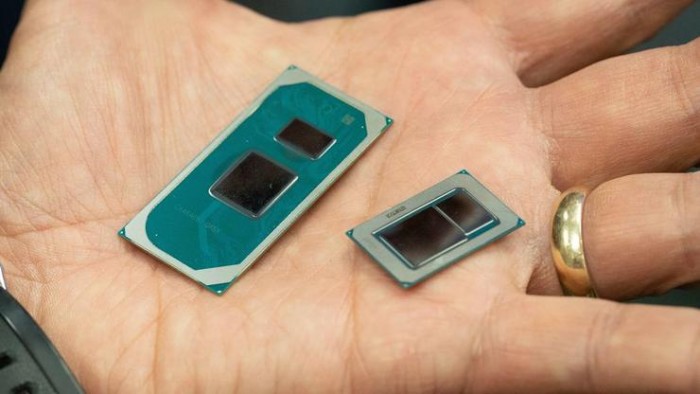 Thunderbolt's debut was at the 2009 Intel Technology Forum, and although Thunderbolt has been around for a long time, it wasn't until this year that Thunderbolt was so tightly integrated with Intel's Core chips. Although the production of the chip was a few years late due to Intel's manufacturing difficulties, Ice Lake still helped a lot. Ice Lake's circuit miniaturization allows Intel to package more capabilities directly onto the chip. It is worth mentioning that Thunderbolt takes up a lot of chip area.

About Thunderbolt integration, Intel senior lead engineer Ophir Edlis said at a press conference in May that historically, after integrating graphics on Sandy Bridge, we have never experienced such a large-scale integration. The engineer said that we will see more and more platforms adopting Thunderbolt, and the user experience will become better and better.

In addition, Edlis said that building Thunderbolt in Ice Lake means it will use less power than a single controller chip now—up to 300 milliwatts per port. If there are 4 ports, then save 1.2 W. In contrast, the configuration of the Ice Lake chip will consume 9 W, 15 W or 28 W.

Not only that, Thunderbolt integration also means that it is easier for PC manufacturers to install two Thunderbolt ports on both sides of the notebook, which also means less board wiring.

It can be said that the biggest beneficiary of the opening Thunderbolt is its biggest competitor, which is the ubiquitous USB.

USB 4 is currently in the final stages of standardization, using Thunderbolt 3 technology and is expected to be available around 2020. Not only does it double its original maximum speed to 40 Gbps, but it also has the flexibility that USB 3 does not have, such as the ability to mix time-sensitive video data from displays with other information. In addition, it will also increase the utility of USB hubs and docking stations.

Currently, one of the challenges faced by Thunderbolt is the higher amount. While Thunderbolt devices offer more advanced performance, you may spend more. For example, the Seagate 1TB external USB drive is priced at $45 on Amazon, while the 1TB Thunderbolt model from Seagate subsidiary LaCie is priced at $70.

It can be seen that although Thunderbolt is getting better and better, but USB is also improving, it is destined that Thunderbolt can only focus on the market segment, and USB is the mainstream.

Related news
Will Apple and Intel support the popularity of Thunderbolt?
Rest assured: Apple confirms arm Mac will still support thunderbolt interface
ARM version of Mac computer is closing down: Thunderbolt 4 left out
Intel will remain open to other platforms such as thunderbolt
Intel clarification Thunderbolt 4 interface for AMD platforms
Intel releases first thunderbolt 4 independent control chip Maple Ridge
Hot news this week
Behind the exposed layoffs, China has praised the loss growth, and the stock price has fallen 67% in three months.
The news said that the Wi-Fi7 chip uses a 7/6nm process to stimulate QFN packaging and aging testing needs
Alipay life channel 20 million people see Wufu Sheng Xiaoka lottery live, fans: difficult for the public
The U.S. government is introducing new policies to attract international students in fields like science and technology
The U.S. Senate Committee passed the tech antitrust bill, and giants such as Apple and Google rose to the challenge
It has been exposed that it will be acquired by Tencent: the Black Shark 5 game mobile phone is officially announced!
China has successfully developed the world's lowest power phase change memory: a thousand times lower than mainstream products
Microsoft Apple Meta seizes the XR market, the Samsung of the fillet folding screen mobile phone or wants to catch up
K50 e-sports edition opponent is coming! A new Chinese phone released in February: it claims to be the best gaming phone
Station B Bilibili 2021 Top 100 UP Main Selection: 63% of new entrants, double the proportion of scientific and technological knowledge
The most popular news this week
7 years! The classic control panel doesn't die: Windows 11 takes another step back
All color renderings of the Samsung Galaxy S22/Plus/Ultra flow out
Indian smartphone shipments increased by 12% of China's reputation points near 68% share Samsung plans to add code
Three months after launch, Microsoft is "happy" with Windows 11: more successful than previous systems
Google announces the abandonment of FLoC: launches a new Topics API to replace third-party cookies
Reveal the "land Probe 1 A star" space autopilot: "time and space revisit" to predict geological disasters
Circle of friends can send more than 9 pictures weChat iOS version 8.0.18 official version of the new content public
Douyin push incentive plan: carry forward China's excellent traditional culture
Common software is spitted in an amazing: mobile phone app memory
A rocket launched by the United States 7 years ago was about to hit the moon and self-destruct: the speed was staggering