The launch of the Windows 10 2019 update began last month, butMicrosoftA more cautious approach has been taken to reduce the likelihood of bugs touching a large number of devices.

Only a small number of devices provide May updates as an automated deployment on Windows Update, but Microsoft only allows a limited number of searchers to download updates, and uses a phased deployment that uses models to locate devices with the best update experience. Try to reduce the risk of upgrades. 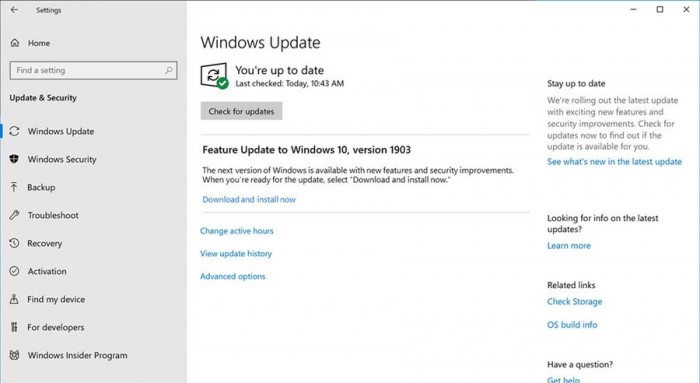 After a month of testing, Microsoft believes that there should be no problem. Starting today, everyone running Windows 10 can manually check for updates by setting >Update & Security> Windows Update> Check for updates to download the May 2019 update. .

In the future, Brandon LeBlanc, senior project manager for the Microsoft Windows internal program team, responded to recent concerns about Windows 10 19H2 and explained that there is enough time to test the version, which will be completed in September.

There are rumors that Windows 10 19H2 will not bring any major new features, only a few minor improvements, which means that this version is not necessarily a new feature update, but more like a service pack.