NASA: Opening the International Space Station to tourists as early as next year 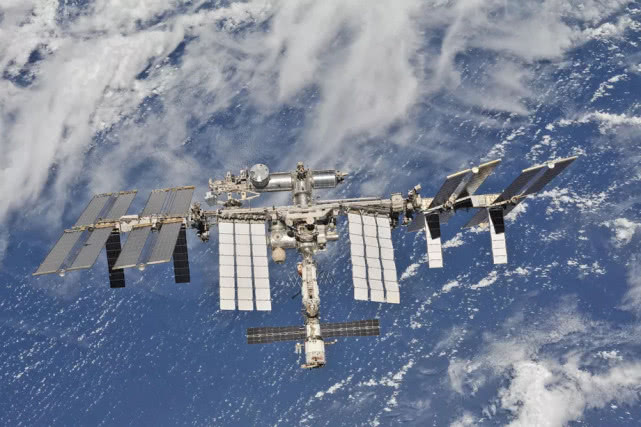 NASA also came up with the idea of ​​allowing private space companies to connect semi-permanently with the International Space Station in a modular fashion.

However, each space travel flight cost may exceed $50 million, with NASA charging a $35,000 fee per night from a private astronaut on the International Space Station.

NASA's new interim directive allows private companies to rent time and space on the International Space Station for the production, marketing or testing of their products.

If the private sector is willing, they can even send their astronauts to the International Space Station as early as 2020, but all of these activities have to pay a high price.

So far, any company wishing to ship products to the International Space Station must show that this task contains some educational content, or that it is built around a technical demonstration that does not allow pure commercial projects to be sent to the International Space Station. NASA has even forbidden astronauts to experiment with what might be used to make money.

But in August last year, NASA director Jim Bridenstine set up a committee to study how to commercialize the space agency because he believes that this can provide NASA with a new source of income, while To popularity.

“Do NASA have the potential to offset some of the costs by selling naming rights to spacecraft or selling naming rights to rockets? “Brindenstin told a group of NASA consultants last August. “I tell you, people are very interested in this. But the question is, is this possible? I don't know the answer to this question, but someone needs to give us some advice. ”

In addition, the NASA leadership has made it clear that it hopes to transfer control of the International Space Station and its orbital space (low Earth orbit and space) to the private sector one day. In this way, NASA can perform more ambitious tasks, such as building a new space station around the moon and sending humans back to the moon's surface.

In 2018, President Trump's budget called for direct funding of the International Space Station by 2025 and the operation of the orbital laboratory for private companies. Due to opposition from legislators, the White House is no longer pursuing the 2025 deadline, but NASA is still seeking to initiate the private space industry to take over low-Earth orbit.

To help achieve this goal, NASA commissioned 12 companies to study ways to build a large-scale, monetizable business model in this space region. Each company elaborates on its own vision of a new private space space that can be attached to the International Space Station or fly freely in low Earth orbit. According to NASA, these platforms can be used as research and even private visitors to “destination” to generate revenue and create new business models.

NASA acknowledges that the barriers to achieving this commercial vision remain high, as transporting people and cargo into space is a fairly expensive task, but the agency is still moving in this direction.

The analysis pointed out that after the opening of NASA, some companies may want to do even more, that is, send their space capsules to the International Space Station. Fortunately, NASA has ensured that they will have an available docking port in the future. That is, the agency is providing a docking station on the space station Harmony Node Cabin for commercial modules to use for a limited time. The commercial module that interfaces with this port will be able to use the utilities on the International Space Station, which may also be used by astronauts during their stay in space. NASA said that NASA will soon propose a module docking proposal related to the Harmonic Node Cabin and will make a final decision before the end of the current fiscal year. (Tencent Technology Review / Tom)

Related news
NASA: Opening the International Space Station to tourists as early as next year
NASA's first trip to the International Space Station can take the SpaceX "special train"
NASA tries to grow peppers on the International Space Station
Deep net|Successful launch of the thousand-day one. How far is China's commercial space flight from Space X?
NASA chooses Axiom Space to provide the ISS's commercial residence module module
In five years, can we really wait for China's space X?
Hot news this week
Behind the exposed layoffs, China has praised the loss growth, and the stock price has fallen 67% in three months.
The news said that the Wi-Fi7 chip uses a 7/6nm process to stimulate QFN packaging and aging testing needs
Alipay life channel 20 million people see Wufu Sheng Xiaoka lottery live, fans: difficult for the public
The U.S. government is introducing new policies to attract international students in fields like science and technology
The U.S. Senate Committee passed the tech antitrust bill, and giants such as Apple and Google rose to the challenge
It has been exposed that it will be acquired by Tencent: the Black Shark 5 game mobile phone is officially announced!
China has successfully developed the world's lowest power phase change memory: a thousand times lower than mainstream products
K50 e-sports edition opponent is coming! A new Chinese phone released in February: it claims to be the best gaming phone
Microsoft Apple Meta seizes the XR market, the Samsung of the fillet folding screen mobile phone or wants to catch up
Station B Bilibili 2021 Top 100 UP Main Selection: 63% of new entrants, double the proportion of scientific and technological knowledge
The most popular news this week
7 years! The classic control panel doesn't die: Windows 11 takes another step back
Quick upgrade! Apple release iOS 15.3: Repair iPhone, IPAD Important Vulnerability
Tesla's net profit in the fourth quarter increased by 760% year-on-year, and boss Musk is firmly on the throne of the world's richest man
Are you "socially afraid"? 70% of college students are afraid of becoming socially awkward Experts give advice
Samsung's fourth-quarter net profit of $8.86 billion increased 65% year-over-year
Oracle revealed its latest strategy in China: data center + service cross-border e-commerce
Netizens spoof "start": If Liu Yao puts photos in Baidu network disk
钛媒体科股早知道：库存不足5天！这些领域芯片成缺货“重灾区”；多点突破！11月至今该领域政策和事件密集发布
Masque: Sub-shaped robot business is more important in the future or Bitelsla
The circle of friends can send 20 photos! WeChat iOS version 8.0.18 released: WeChat keyboard online