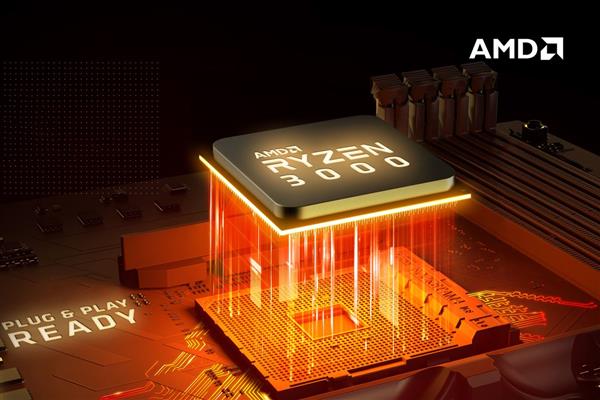 At the upcoming E3 Game Show, AMD will also hold Next Horizon Gaming to introduce in more detail the technical features of 7-nm Revlon and Navi graphics cards. In addition to the performance, IPC, technology and light pursuit, another important feature of AMD's new generation game platform is that it supports PCIe 4.0 technology for the first time on the consumer platform. 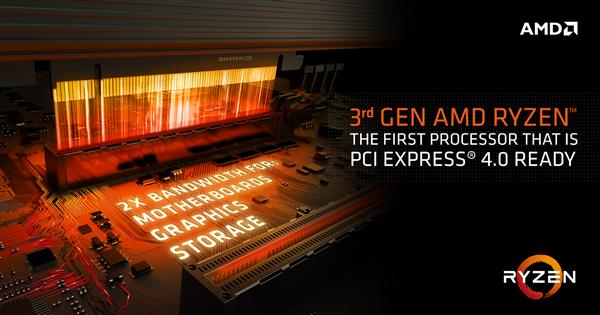 The specification for PCIe 4.0 has been released for several years, and it was mainly used in the past.The serverEnterprise products, but in the consumer market, PCIe 3.0 is still used. This is the first bus technology supported by AMD when HD 7970 graphics card was released in 2011. The speed is 8GT/s, the bandwidth of X1 channel is 1GB/s, while the rate of PCIe 4.0 is increased to 16GT/s, and the bandwidth of X1 is about 2GB/s, which doubles the speed.

In terms of PCIe 4.0 support, AMD is ahead of Intel this time. The previous 7Nm Vega 20 core actually supports PCIe 4.0, but the desktop version of Radeon VII graphics card does not have PCIe 4.0. At the beginning of the year, there was no Rillon 3000 platform to support it. This RX 5700 graphics card is the first to support PCIe 4.0 graphics card. 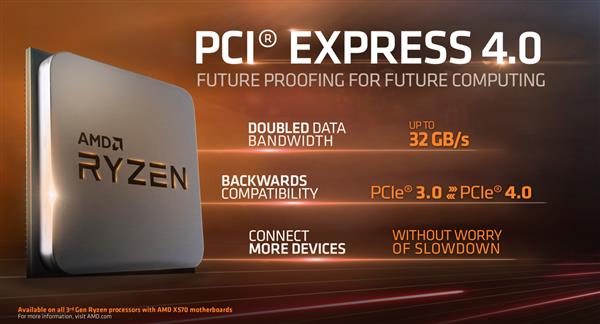 PCIe 4.0 is an important part of the 7Nm Revlon 3000 and RX 5700 graphics cards, and is also the focus of AMD publicity. Recently AMD officially introduced the advantages of PCIe 4.0 technology. They gave three technical advantages:

For consumers, besides RX 5700 graphics cards, the biggest advantage of PCIe 4.0 is that it can greatly improve IO performance. The most representative is the main control of PCIe 4.0.SSDAt present, companies such as Cluster Alliance and Huirong have introduced or demonstrated a new generation of PCIe 4.0 master control and SSD products. PCIE 4.0 hard disk based on Cluster Alliance E16 master control has a reading speed of more than 5.0GB/s and a writing speed of more than 4 GB/s, which greatly improves its performance compared with existing products.