Amazon AWS Director: If the regulator asks for a stripping of AWS, we will comply. 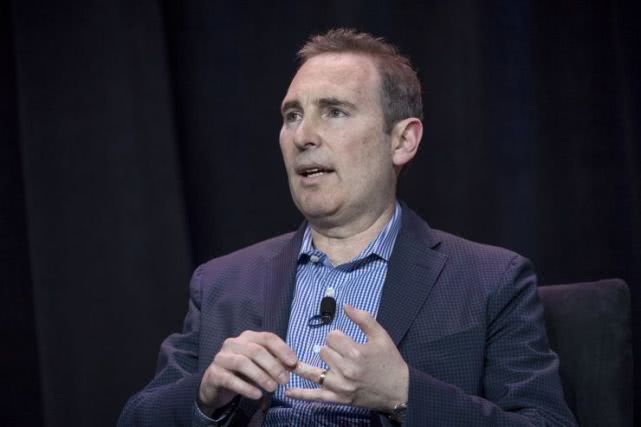 The comments came after the official U. S. regulato

Amazon launched its core cloud computing service AWS in 2006. By the first quarter of this year, AWS revenue accounted for about 13% of Amazon's total revenue and about 50% of its operating revenue. AWS has the largest market share among public cloud computing service providers, and other companies can use these services for remote computing, storage and database management. Alibaba, Google and Microsoft have also entered the field.

Jassi said he wondered if Amazon employees were surprised by recent discussions about regulating the company. He said:

AWS now has tens of thousands of employees and is growing rapidly within its parent company, which employs more than 600,000, Jasi said. He said:

Asked if US regulators asked Amazon to spin off its AWS business, Jassi replied:

On Monday, Jassi pointed out that he still felt there was no obvious benefit in doing so. Customers should not want this to happen, he adds, because to achieve this goal they have to do a lot of extra things, such as holding financial teleconferencing, which may distract people from more important tasks, such as keeping cloud computing services running at a higher level.

If companies no longer want to disclose relevant business data in financial statements or are unable to support them at the level of capital they should have, they may be encouraged to divest their businesses, Jassi added. But neither Amazon nor AWS has such a problem, he said. (Tencent Technology Revision/Jinlu)

Related news
Amazon opens regional AWS data center in Hong Kong to accelerate expansion in China
Amazon AWS Chief Cloud Computing Enterprise Consultant: We are going through a technology shift period
Amazon AWS Director: If the regulator asks for a stripping of AWS, we will comply.
Heavy! AWS China celebrates female coach: Zhang Wenzhao
Amazon launches the AWS quantum computing service brand
Hot news this week
"Sheep a sheep" fire, is expected to attract hundreds of millions of financing? But it doesn't have a license...
The first "zero carbon factory" in the ICT industry, Lenovo (Tianjin) Smart Innovation Service Industrial Park is officially put into production
Baidu Ping Xiaoli: The repurchase rate of users on Baidu App reached 60%, and the daily inquiries exceeded 4 million
Billions of euros in investment, Intel Italy chip factory will be located in the Veneto region, sources said
"Sheep a sheep" the whole network burst fire! The founder was the Alma mater system of exhibition card publicity
Huawei Mate50 is on sale: Kunlun glass version is difficult to find, the maximum price increase of the Porsche series
Tencent Music back to Hong Kong behind: online music "internal volume" intensification, short video will become a new growth rate
Intel failed to deliver on its promise: Summer is over and there's still no high-end, flashy desktop graphics cards
Xiaomi Civi 2 Stable Snapdragon 7:23 87mm2 Large-area VC liquid cooling, heat dissipation increased by 200%
"Look at the weather why do I need to renew membership"? Inkblot Weather membership service is a hot topic
The most popular news this week
Huawei Smart Screen portable version released: 10.4-inch 2K screen, 10995mAh battery
The world's first 6GHz frequency Intel high-profile announcement: the lead is indisputable
Do you have the opportunity to take noise -canceling ear to damage the hearing? Experts from the Three Hospital said that
Jump ticket 2 years "pigeon king"! Avx-512 is publicly supported for the first time in the Intel 60 core
I can't afford to live without Musk's help
Mobile phone fast charge new volume king Xiaomi three new machine into the network: the highest 210W?
Secretary -General of the Federation of Federation: Foreign artificial artificial Chinese online red cars have great advantages in China
Do you want to travel to space? Aerospace expert: China already has technical conditions
The strong response to the iPhone 14 Pro Max could widen the gap between the iP15 Pro series
Intel's Arc A7 flagship graphics card debuts in private: Just these two