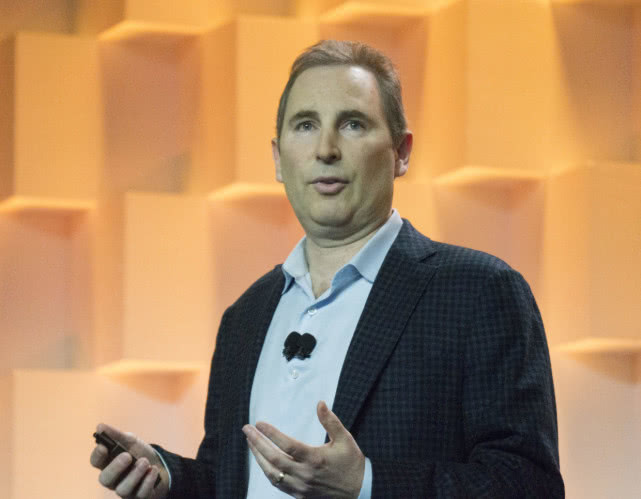 Tencent Technology News, June 13 news, according to foreign media reports, the US Department of Defense's $10 billion cloud computing contract may be awarded as early as next month, in order to win this defense big order, the main cloud computing service providers are busy Slamming competitors.

On Wednesday, US local time, Amazon's cloud computing services AWS CEO Andy · Andy Jassy at the 10th Public Sector Annual Meeting in Washington, DC, mocked other traditional local database service providers. AWS and Microsoft, Oracle and other companies are vying for the Department of Defense's cloud computing service contract, which is worth $10 billion for 10 years.

Jassi said: "I think most people are very disappointed with the older database solutions, which are not only expensive but also highly closed. They are always auditing you, unless you buy more from them, you will punish you. This is a pattern that people hate and why people turn to a more open engine as soon as possible. ”

Both Microsoft and Oracle declined to comment. Amazon and Microsoft are the last two bidding companies for the Department of Defense's Joint Venture Defense Infrastructure (JEDI) contract. The award process has slowed down due to controversy and protests. In December last year, Oracle filed a lawsuit in federal court, alleging that Department of Defense officials involved in the bidding process had close ties with Amazon.

Amazon intervened in the case on behalf of government agencies and argued in subsequent documents that Oracle's complaint was “full of misleading descriptions and over-exaggerated rhetoric. In April of this year, a judge filed a verbal ruling in early July, demanding that the Ministry of Defense could not award the contract before July 19.

The controversy surrounding this contract has been very intense, because “betting” is too high. AWS is Amazon's most profitable division, and the company did not disclose how much of AWS's revenue comes from the government, but it has 5,000 institutions and 10,000 academic institutions around the world as customers. At the annual meeting in Washington, many customers, from NASA to Arizona, shared their transformational stories through AWS's cloud computing platform.

Amazon is a leader in acquiring government cloud computing contracts, after the company actively sought support from federal companies and obtained various security and procurement qualifications before anyone else. In 2013, the US Central Intelligence Agency (CIA) awarded AWS a $600 million cloud computing service contract, which created confidence in the public and private sectors moving data out of legacy servers.

Research and consulting firm Gartner technical analyst Craig Lowery said, "Amazon has invented this field and helped it achieve great success." "Despite this, Loely said that only about 10% of the US government is converting its data to the cloud, which means that a huge market opportunity still exists.

According to market research firm IDC, the US government currently spends about $5.8 billion annually on data centers, a figure that won't grow much. But their spending on the cloud has reached $8.9 billion, and it is growing rapidly.

For a long time, the US government's IT providers have not stood by. For example, Microsoft is very familiar with the public sector, offering a variety of products to 7,000 government entities, and recently it has expanded its cloud computing services for the Department of Defense. Amazon's competitors try to get a partial contract by claiming to maintain a "cloudy" environment, using multiple cloud computing service providers to provide different services instead of just using one cloud computing provider's services.

However, JEDI only needs one company to provide cloud computing services. Jassi said that while some companies are starting to use multiple cloud computing services, they usually do not evenly distribute business between them. This is because these platforms are currently at a jagged stage in terms of capacity and maturity, which may also be a sarcasm to competitors.

If Amazon wins the JEDI contract, it may gain a bigger advantage in the broader cloud computing service sector driven by economies of scale. IDC analyst Shawn · Shawn McCarthy said AWS prices have gradually declined, and defense support may accelerate these price declines.

This may lead to fears that AWS's dominance will be stronger so that other competitors will gradually disappear. Analysts said that this has been one of the challenges facing defense contracts: a few large companies dominate the jet and tank markets, and the cloud computing services market is now facing the same situation. (Tencent Technology Review / Jinlu)

Related news
Amazon AWS Director: If the regulator asks for a stripping of AWS, we will comply.
Amazon AWS executives: Microsoft's Oracle cloud computing technology is expensive and highly closed
Amazon completely removes Oracle Database: migration completed
Thinking behind AWS abandoning Oracle
Amazon launches the AWS quantum computing service brand
Hot news this week
Female graduate students leave school to give birth to the hot debate is hype? The husband has set up a webcast company
How much is 4G than 5G! Huawei Mate50 network speed detailed measurement 6799 yuan to buy explosion money?
It's hard to find a machine! Huawei Mate50's first sales: oxen can not buy the price of 10,000 yuan to grab the price
Huawei City's proportion is the first! Survey: Northerners love to use folding screens more than southerners
Our global car he is a special car for China! Saic Volkswagen and FAW-Volkswagen are fighting each other
Are they really aliens? The US Navy confirms there are multiple UFO videos: but they cannot be made public
Chongqing Xiaomi Consumer Finance Co LTD has been fined 500,000 yuan for misappropriating consumer loan funds
The second phase of the main structure of Xiaomi intelligent factory is completed to see the delivery at the end of next year
In order to change the iPhone 14: Women's net red sells old phones and comes with a large number of private photos
4 million units are not enough! Huawei Mate 50 seconds sold out of the hack, the maximum price of 10,000 yuan to earn crazy
The most popular news this week
Tesla sales response "disguised price reduction of 8000 yuan" : for the end of the quarter impulse, temporary activities
Apple iPhone 14 standard version is not good for sales, Lixun precision may face the risk of ordering orders
Billions of euros in investment, Intel Italy chip factory will be located in the Veneto region, sources said
China Mobile to develop 5G Tidal Smart Antenna: Where the crowd
Huawei Smart Screen New Products Tomorrow: Sub -looking 75 and 86 sizes of the sub -brand
Apple conscience: AppleCare+User iPhone can repair unlimited times
From January to July this year, my country's industrial software product revenue reached 121.9 billion yuan, an increase of 8.7% year-on-year
China Mobile Development 5G tide smart antenna: signal dynamics follow the crowd
Foxconn dismantles production line! The iPhone 14 could be the worst-selling model in history: Apple's strategy to clear inventory has failed
The game does not produce plug -in first: "Call of Duty 19" B test has perspective+self -aiming plug -in