For developers, the Windows Vision Skills framework greatly reduces the application threshold for computer vision technology. Application developers can use WinRT APIs to easily integrate built-in visual technologies such as object detection, human skeleton detection, etc. on Windows applications (.NET, Win32, and UWP) without having to understand the complex algorithms and designs within the technology. Greatly shorten the development cycle and improve development efficiency. In addition, computer vision developers can use the hardware acceleration framework on Windows devices to package their solutions into a visual technology package without worrying about the underlying design. 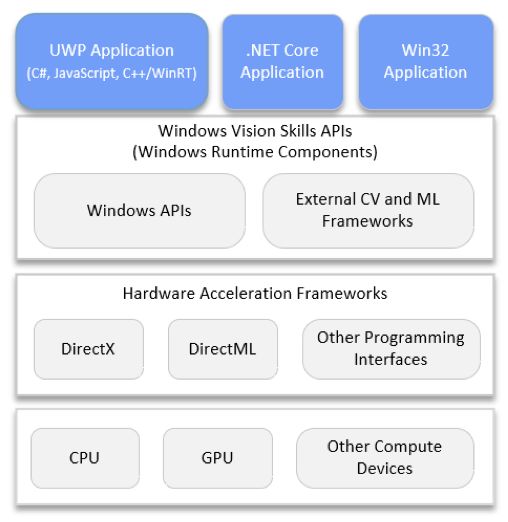 Among the three computer vision APIs that have been released, the human skeleton detection technology comes from the Intelligent Multimedia Group of Microsoft Research Asia. Since the actual application has extremely high requirements on the processing speed and resource consumption of the model, the human skeleton detection model for research purposes is difficult to meet the actual needs. To this end, researchers at the Microsoft Research Institute's Intelligent Multimedia Group designed efficientLightweight skeleton detection modelThe parameter quantity is only 4M.

We compared this lightweight skeleton detection model with OpenPose, an open source model that is currently widely used in the industry. Because OpenPose's neural network is relatively complex and not suitable for direct application in products, we have simplified the OpenPose model (ie, reducing 6 stages to 1 stage to reduce model complexity). Compared to the simplified version of the OpenPose model,Our proposed lightweight skeleton detection model achieved a 90% reduction in computational load (FLOPS) (86G FLOPS vs. 9G FLOPS) and a 4x increase in CPU processing speed.

Dr. Zeng Wenjun, Principal Investigator of Microsoft Research Asia, said, “Microsoft Asia Research Institute has long been committed to basic research and has put its results on products. Our range of vision technologies, such as object tracking, pedestrian recognition, etc., will be released on the Windows Vision Skills framework and the Microsoft Cognitive Services Platform. ”

The skeleton detection of the human body has the following application scenarios:

Virtual Reality:In social and entertainment, people sometimes want to add special effects based on the human skeleton to generate enhanced and interesting content to assist in the delivery of information.

Behavior recognition:The human skeleton contains the body's posture and movement information, and provides important information for the recognition of human behavior types. The biological observation work done by psychophysicist Gunnar Johansson shows that human behavior can be identified by observing the movement of the finite joint points of the human body. In recent years, much work has been done to study how to design a skeleton-based behavior recognition model.

Human-computer interaction:In machine intelligence, it is one of the core issues to perceive and understand human language and even body language to make timely responses. Explicit skeleton information facilitates the understanding of body language and instructions.

Motion analysis:In medical rehabilitation and physical exercise, intelligent analysis of human movement can greatly reduce human input and improve rehabilitation and training efficiency. For example, in the assessment and rehabilitation of osteoarthrosis, skeleton testing can be used to analyze the pattern of patient walking, and to assess the flexibility of the joint and the severity of the disease.

You can find examples of the use of Microsoft Windows Vision Skills Human Skeletal Detection, Object Detection, and Emotion Recognition APIs at the following website:

For more information, please refer to the Windows Vision Skills tutorial and the NuGet.org package:

As a high-level human body semantic information, the human skeleton is often used as an effective auxiliary information for other research tasks. For example, in the task of Person Re-identification, human skeleton information is often used to assist in the detection of body parts to solve the spatial semantic misalignment problem between different pictures. In the near future, we will explain in detail in an article an academic paper on pedestrian recognition in CVPR 2019. In this paper, in order to solve the practical problem of spatial misalignment in pedestrian recognition, we use the finer-grained dense semantics (Dense Pose) to help the network learn robust features. 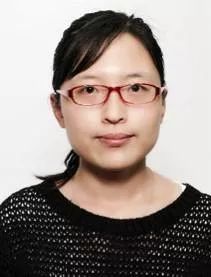