Intel will launch independent GPU Xe next year, and NVIDIA will launch a new SUPER series as early as this month to break AMD's price/performance proposition. 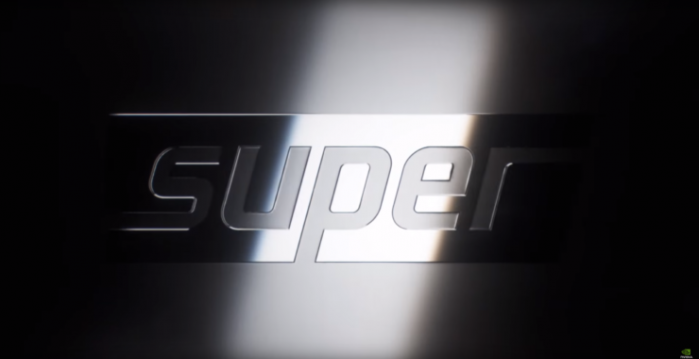 AMD said RX 5700/5700 XT graphics cards compete with NVIDIA's RTX 2060/2070, leading by 5-20% and 5-22% in performance, but hardwareluxx reported that NVIDIA found that the power consumption of the RDNA Navi 10 core built by AMD at 7 nm was still higher than its own 12-nm Turing product, and that NVIDIA listed itself and its rival graphics cards. TDP and TGP. 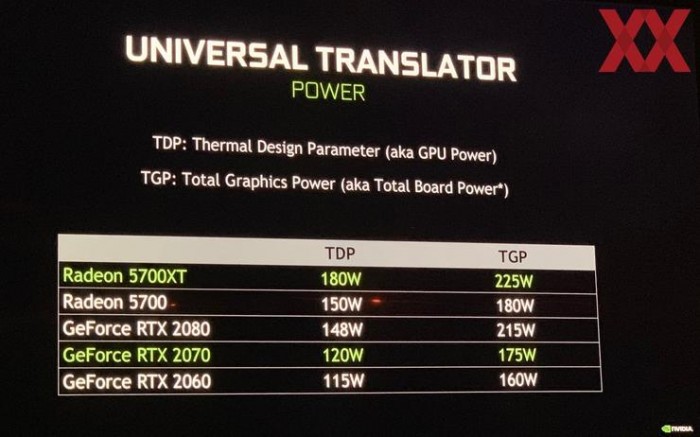 Moreover, wccftech said it had just learned from reliable sources about the exposure of NVIDIA's upcoming SUPER lineup products. Another source, igorsLAB, also exposed NVIDIA's latest SUPER products, which are almost identical to wccftech's information, except for 2080 vRAM, and have clearer parameters.

Previous rumors suggest that the SUPER series will only update 2060, 2070, and 2080. However, wccftech confirms that the SUPER series itself is a new product lineup and includes a new flagship product, RTX 2080 Ti SUPER (yes, even 2080 Ti has a super version). And the release date is earlier than you think.

The SUPER series was released as early as June 21.

Wccftech said that although they were told that NVIDIA was ready to announce the new product on June 21, NVIDIA could still delay its release until July. NVIDIA has apparently learned about the NAVII GPU that AMD has released, and the SUPER series is designed to reduce the profit margin of the Turing GPU and make it more competitive in the market.

This means that AIB (Add in Board Certification Partner) will begin to lower the price of existing RTX 2000 Series graphics cards, as the SUPER lineup may replace all products from 2060 to 280 Ti. According to the news exposure, SUPER Ti products will be released later, not with non-Ti products. Although the naming of products has not yet been confirmed, it can be confirmed that the word SUPER is used. NVIDIA may decide to use other names, and given that this is not an update, it is entirely possible for them to do so.

RTX 2080 Ti SUPER will be a performance beast

It turns out that there is a RTX 2080 Ti SUPER variant and a brand new chip, which is really not an upgraded Quadro. If you unlock it, it means that if AIB wants, it can achieve 300 watts of TDP (Thermal Design Parameter thermal design power consumption, can be seen as GPU power consumption) in the product. Higher power consumption often means higher performance. Don't be surprised if AIB has such crazy custom design.

However, there is no exposure information about the exact parameters and prices of RTX 2018 Ti SUPER, but it is believed that the new product will have a higher core number and faster GDDR6 memory.

This is not an OC (OverClock) or non-OC version of PN-A. It is a new chip and will have a new PN. Because it has been unlocked, has a higher TDP and a higher number of cores, it is expected that the SUPER version of GPU will be much faster than the existing RTX 2080 Ti card.

In other words, consumers will get a more powerful GPU at roughly the same or slightly higher price. Unfortunately, according to the source, the release of the product will have to wait.

However, NVIDIA previously bundled VRM and vRAM (Video RAM) with lock-in chips (non-OC), and the quality of VRM provided was not optimal. This will change as NVIDIA's SUPER product line sells unlocked chips, so AIB can provide higher quality VRMs and higher persistent clock frequency and performance. The price of RTX 2080 SUPER graphics card is expected to be similar to or slightly higher than that of 208.

RTX 2070 Ti SUPER graphics card is a new chip, which is positioned between RTX 2080 SUPER and RTX 2070 SUPER. The only thing you know is that it will be equipped with 8GB of vRAM. The source also showed that RTX 2070 Ti SUPER would be delayed and would not appear in the existing SUPER lineup.

The same is true for RTX 2060 SUPER, which will use non-OC 2070 chips and 8GB vRAM without frequency locking. The number of cores is expected to be between 2060 and 2070. This is not only a performance upgrade, but also a vRAM upgrade, because the original RTX 2060 has only 6GB of vRAM. Igor reports that the core number of this card report is 2176 CUDA core.

What will happen to the existing vanilla RTX 2000 series?

So the next question is, what happens to the vanilla series? NVIDIA should abandon the pricing strategy of the old series, which means that Navi GPU will compete with 2070 SUPER/vanilla 2080 to completely break AMD's price/performance proposition. AMD will have no choice but to respond, abandon their proposed price and have to cut profits. The price war between AMD and NVIDIA has begun, and consumers will win.

However, AIB is currently busy with Radeon 5700 products and has been affected by the U.S. government's tariff policy. Although the source said that the SUPER series would actually reduce costs, wccftech was also told that their initial focus was on selling unlocked products, namely RTX 2080 SUPER, RTX 2070 SUPER and RTX 2060 SUPER.

NVIDIA basically improves the performance of all products by one level, while the price remains roughly unchanged. With the release of the cheaper vanilla series and the new SUPER series, gamers will get more powerful game products.

Related news
Waiting for Radeon RX 5700 Series: AMD Navi GPU will be launched on PC platform in July
NVIDIA will release a new SUPER GPU "Fight" AMD Radeon this month.
AMD released Radeon 19.7.1 GPU driver recommendation RX 5700 graphics card user upgrade
Su Zifeng, amd CEO: to be everywhere
7Nm Navi vs NVIDIA RTX super AMD is about to turn over
Amd announces the launch of the video card
Comparison of low latency technologies in games: NVIDIA reflex beats amd radon boost
Hot news this week
Monkey acne cases have ranked first in the world that the United States has announced the emergency state of public health
Credit card points rule intensive adjustment online transaction points more "valuable"
High reserves and low cost experts: calcium ion batteries replace lithium batteries to stand up to the daily
Alibaba executives interpret financial results: the focus of the consumer side is no longer to attract new, but to do a good job in stratified operation
Losses in a single quarter of $ 23.4 billion a record, SoftBank did not carry the plunge of technology stocks and the devaluation of the yen
The prevention and control of the American Monkey epidemic has failed. What should I pay attention to?
Sources say Samsung's Galaxy Z Fold4 is going up in price: a 512GB top unit will cost more than 13,000
Is the micro -business headache? WeChat friends are suspected to have a big move: 7 can only be posted a week
Kuaishou launched a self-developed cloud intelligent video processing chip: The chip has been streamed successfully
The new product of Xiaomi MIX is coming: both internal and external dual -screen has been upgraded to make up for the previous generation.
The most popular news this week
Probiotics also have the problem of "card neck". Experts: In -depth integration of capital, industry, research
How to verify the performance of the "Guiguang" in the large factory and the transition to b?
US media: The US FTC will begin to formulate federal regulations to expand online privacy protection
Girls are the worst offenders: Put down your phone
Byte medical layout to take another step forward Internet enterprises to break offline needs long-term investment
Sony confirmed "Mysterious Sea: Thieves Legendary Collection" for sale during the year
Lenovo announced the rescue of the head show VR700: true 4K, support iQiyi network resources
20TB free! Ali Cloud disk full compensation 15 days super members
Than apple conscience! Moto's new flagship comes standard with 125W charger: half charge in 7 minutes
Wechat update 8.0.27 beta version: small program opening faster