AMD 7nm Ruilong wants to go to 64 cores: the third generation ThreadRipper launched before the end of the year

Foreign media heard from inside AMD,The 64-core, 128-threaded Ryzen ThreadRipper will be available in the fourth quarter of this year. As for the CES at the beginning of next year, AMD will share other new products.

In fact, in March of this year, AMD showed the client processor roadmap in an investment conference. The three generations of tearers were originally scheduled to be launched in the middle of the year, but unexpectedly removed in May, causing speculation. 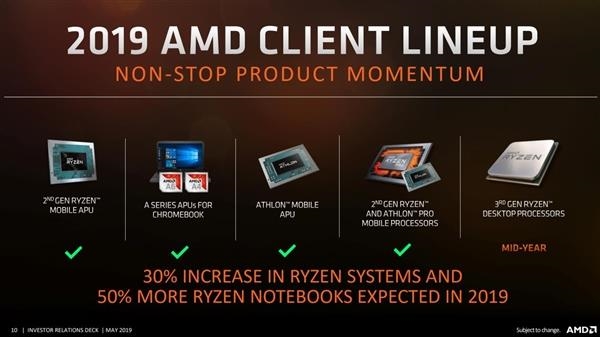 The news proves that AMD has not given up the Ripper product line, but will not launch it as early as possible. 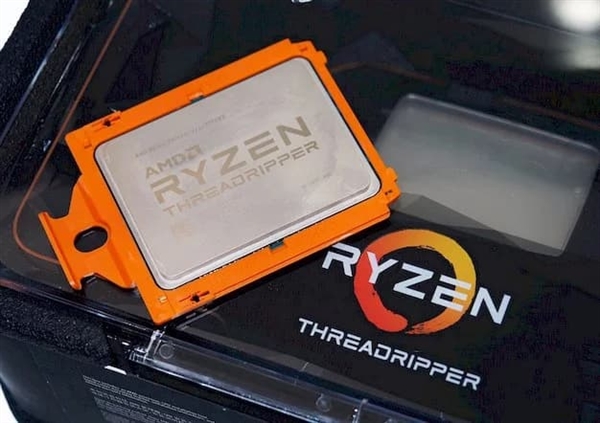 In addition, matching the three generations of tearers will be the X599 motherboard, continuing the TR4 interface. However, considering the potential naming conflict with the Intel Fever Platform (HEDT), AMD is considering a new model.

At the Taipei Computer Show, AMD CEO Su Zifeng also played a strong shot, we did not say to cancel the ThreadRipper product line. As long as the mainstream platform is upgraded, ThreadRipper will be upgraded further, and you will definitely see more. 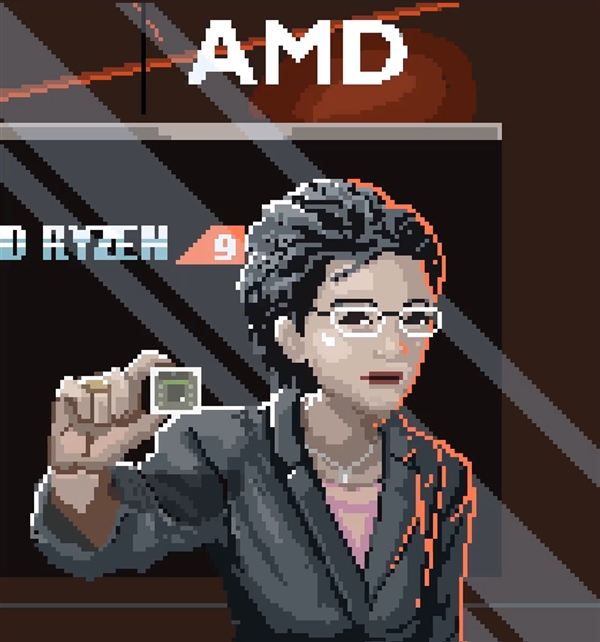 Related news
AMD 7nm Ruilong wants to go to 64 cores: the third generation ThreadRipper launched before the end of the year
AMD's Strongest Desktop Processor Approximately 7Nm Reyron Threadripper Passes PCIe 4.0 Authentication
32 core sharp dragon threadriver in hand AMD: no one is a competitor in the market above $1000
AMD: will not launch 16 core 32-thread sharp dragon threadriver processor
15000 yuan invincible u! Amd sharp dragon threadripper 3970x
Amd announces the core secret of the third generation processor of the sharp dragon threadriver: 280W 32 core CPU monster
Amd marketers worry: 64 core sharp dragon threadriver 3990x can't find competitors
64 core sharp dragon threadriver 3990x is not suitable for game AMD: 8K and compilation is very useful
Hot news this week
Lu Jian, president of linkedin China, responded to rumors of the "closure of linkedin China" by saying that the company will increase its investment in China even if it does not reduce it
Samsung Motor announces end to flexible printed circuit board RFPCB business Without affecting iPhone production
I can't play! The official solution to the bug in Chinese Paladin vii was provided
The video asked Net-a-Lago to apologize
On New Year's Eve, a trio on a business trip will celebrate the lunar New Year in space: a first for the Chinese
The United States exposes the higher civilization of the universe: human beings are inferior to good ones
Rolls-Royce China SAO operation caused dissatisfaction wang Sicong message not to buy: official apology
Bytes beat 9 billion yuan to acquire VR companies, then invest the chip, or to accelerate the layout "Yuan Universe"
Xiaomi intelligent clean ecological chain enterprises to pursue technology to complete 3.6 billion yuan C round financing
Xiaomi appointed Li Xiao Shuang as a vice president of Xiaomi Motor, CFO Lin Shiwei, and the CEO of Stars
The most popular news this week
Tesla Q3 earnings reading: Record net profit on revenue Pressure on new Chinese cars is coming
Microsoft CEO NADELLA is most concerned about three things: ubiquitous computing, AI big model and virtual online
Nearly 80% of teenagers in Taiwan think cyber bullying is a serious problem, according to a survey
What opportunities and challenges brought to the financial industry?
Jia Yueting is paying back the money again! Faraday's future former employees in China receive a pay rise
The storage chip faucet is 119 times the first three seasons, the chairman reporter is born, "cattle scattered" did not lose the position.
The liabilities are still 95 billion Jue Ting pays, and FF China's front employee will collect salary and consistent with the in-service.
Wechat iOS version 8.0.16 release: Voice call interface will display the other party's circle of friends only after clicking
Interbrand world has a top 100: Apple, Amazon, Microsoft, Google, Samsung
Facebook is changing its name next week: But Mark Zuckerberg hasn't decided yet