The world is increasingly worried about the spread of fake videos and pictures, and Adobe says it has the same concerns. Today, Adobe is collaborating with scientists at the University of California at Berkeley to share new research. These scientists use machine learning to automatically detect whether facial images have been modified.

The company said it did not immediately plan to turn this latest research into a commercial product, but a spokesperson said it was just one of Adobe's many efforts to better detect images, video, audio and document operations.

The study was designed specifically for editing with the Photoshop Liquify tool, which is often used to adjust facial shapes and change facial expressions. To create this software, engineers trained a neural network on a face database that included images before and after editing with Liquify.

The resulting algorithm is very efficient. When asked to find an edited face sample, human volunteers get the correct answer in 53% of the time, and the algorithm is correct 99% of the time. The tool can even suggest how to restore photos to their original, unedited look.

While research is promising, tools like this are not a panacea that prevents the harmful effects of manipulated media. Just as we have seen fake news, even if the content is clearly false or can be quickly exposed, it will still be shared and accepted on social media. 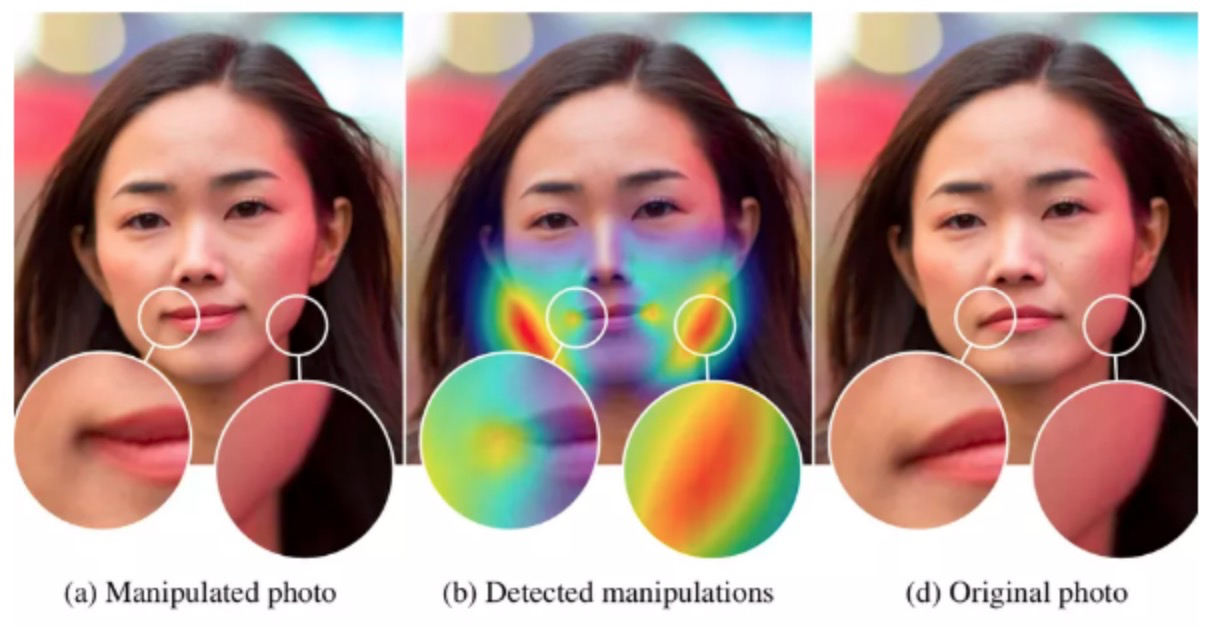