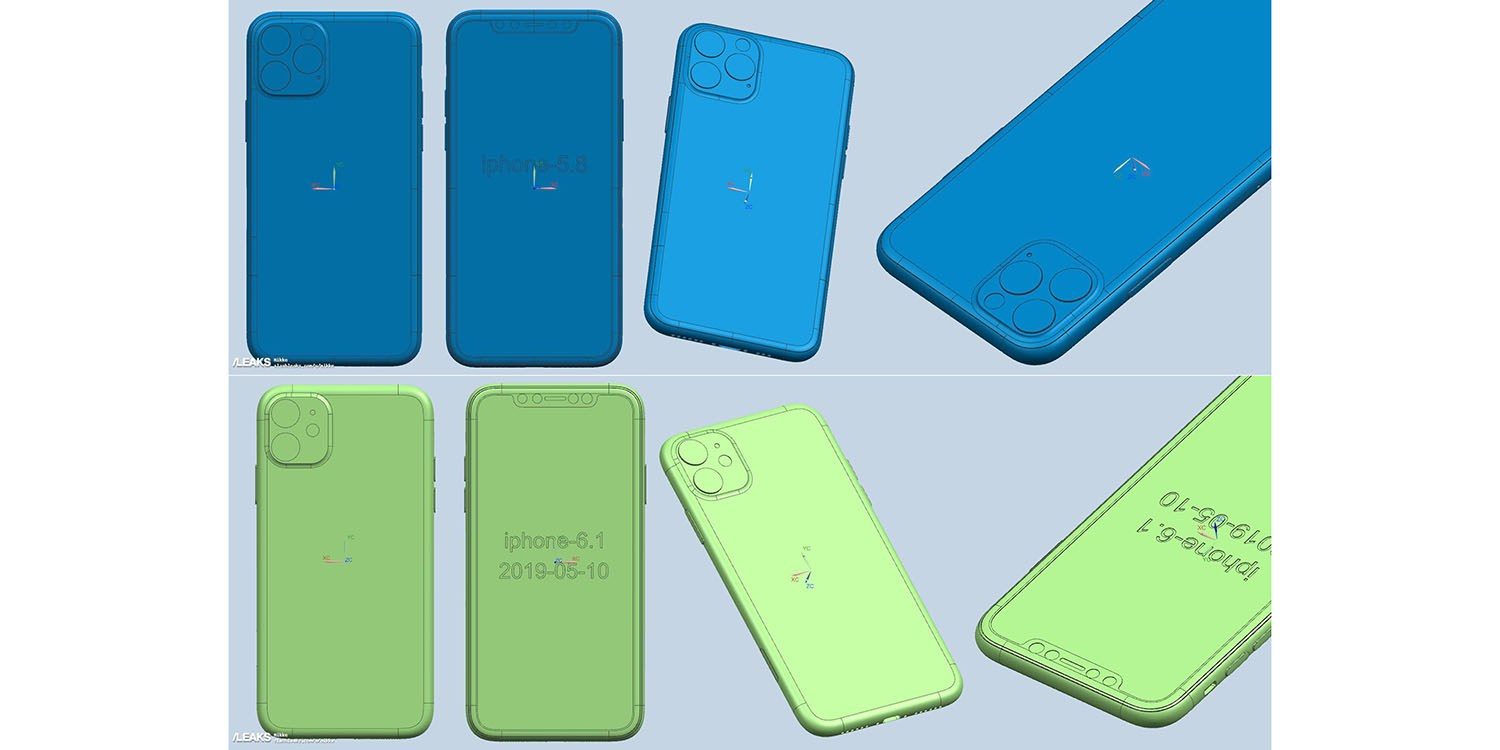 Recently, a netizen posted a CAD rendering of 2019 iPhones on the Slashleaks website, which shows the square camera bumps that first appeared in January. The renderings showcased three models that are currently widely predicted. The sites are named iPhone XI, XI Max and XIR.

The most striking thing on the rendered picture is the camera. We have already reported on the camera system of the new iPhone many times. According to the pictures and accessories that are disclosed in many places, the "Yuba" type lens is basically inseparable.

The latest images don't show any new content, which is consistent with what we saw before, which further validates the reliability of previous reports. In addition, we saw the transparent shell of the iPhone 11 Max this year, and it seems to be based on the same CAD rendering. Therefore, we expect that the design of the iPhone this year will be similar to the existing models, the screen size is the same, and there may be differences in the thickness of the body.

As for the camera system that is being watched, according to an analyst report by Apple analyst Ming-Chi Kuo in April, the new iPhone camera will be equipped with a 12-megapixel ultra-wide-angle lens, plus the existing standard lens and 2x telephoto. The lens will make the iPhone a more flexible shooting tool, especially when taking landscape photos and indoor photos. Mr. Guo also said that the rear camera will use a black coating to reduce the sense of presence and make the back of the fuselage look more harmonious.

In addition to the square camera bump and three camera configuration, we can also predict that the new iPhone will continue to use the integrated glass back panel, the side mute button will also change, from the existing rectangular front and rear push switch to a circular Up and down switch. In terms of functionality, the new iPhone is likely to carry dual Bluetooth audio and send the same audio to two pairs of wireless headphones. The phone also supports two-way wireless charging, allowing the iPhone to charge Apple Watch or AirPods.
google