When does the AMD processor exceed Intel?

This problem is too complicated. On the performance of the Ruilong 3000, AMD may have a hard time with Intel in terms of single core, single core, energy efficiency and power consumption.

On the sales volume, Intel processors in the market are still far ahead of AMD. Q1 quarterly statistics AMD's share in the X86 market has recovered to 13.3%, a significant increase from 8.6% in the same period last year, but Intel obviously still has the majority share. of. 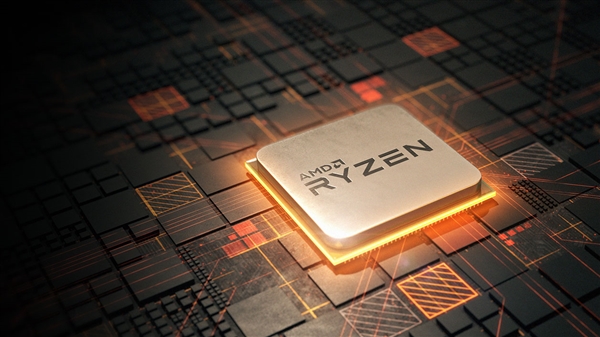 In some countries and regions, AMD has achieved breakthroughs in sales, even surpassing Intel. For example, the statistics of MINDFACTORY, a large German hardware seller, show that AMD has surpassed Intel in sales for 10 consecutive months. In May, AMD’s share even reached 66%, twice as many as Intel.

In the Japanese market, AMD has to create new records. According to statistics from BCN Retail, AMD's processor sales share reached 50.5% in June, more than half, which means that Intel's sales were below 50% for the first time, and the two sides reversed for the first time. 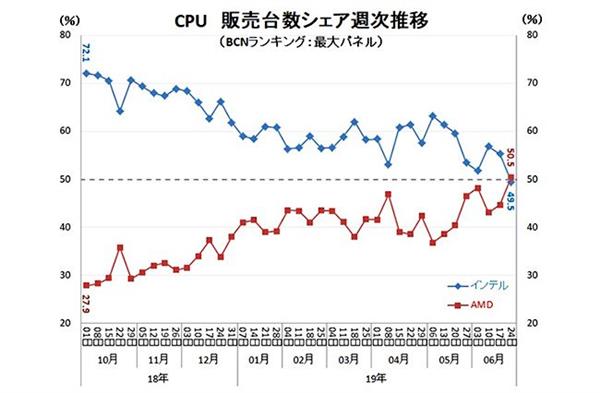 You know, AMD's share of Japanese retail stores was only 27.9% a year ago, and its current share has almost doubled. The speed of development is evident.

Considering that before June, the processors sold by AMD are still the first-generation and second-generation Ruilong. With the launch of the Ruilong 3000 series processors in July, the competitiveness and attractiveness of AMD CPUs are strengthening, and statistics will be re-stated next month. If AMD's advantage is only more obvious.

It is worth mentioning that yesterday's report said that Intel Japan's executives welcomed the rise of AMD. They did not worry about AMD's growth and development, but instead welcomed AMD to expand the PC game market. This statement is very clear, but in the X86 PC market, the two companies are basically two people, AMD growth, Intel's Buddha amount will be less, it is difficult to say that Intel is really so calm to treat AMD development .

Related news
AMD CPU Japan's retail share exceeded 50% Historic over Intel
Intel finally admitted that 7nm was behind: he couldn't catch up with AMD in two years
Intel finally admitted that it can't catch up with AMD in 2 years.
Intel processor out of stock at the latest September solves CPU share down to 81%
AMD Zen2 laughs as Intel's new 10 core CPU power explodes
Arm and AMD strive for high performance computing market: Intel's dominant position is challenged
Latest market share of X86 CPU: Intel = five and a half AMD
Experts say: there will be a price war between AMD and Intel sooner or later
To prevent amd from embezzling share: Intel server CPU fights a price war
Hot news this week
Titanium Media Publish Assesum: People's Bank: Digital RMB Winter Olympics pilot has entered the sprint phase; Tesla announced that 250,000 Powerwall energy storage power stations have been installed
Capital does not love SAIC, "flying" subsidiary, Jet Hydrogen Technology intends to go to science and technology board
Study on the sequelae of COVID-19 in the Chinese team: Shortness of breath, depression and other problems still existed nearly one year after discharge
Great Wall electric car goods wrong board! Little sister rights: female car owners are not stupid money
Tencent responded to "APP to get ridiculous": Upgrade APP is now downloaded for user rights protection
US media: If it is unable to quickly solve the problem of incomplete behavior in the company, the moving Blizzard CEO will consider resignation
Gree announced the implementation of the double-holiday work system Dong Mingzhu from the media voice netizen God reply
Wechat: It will not be possible to create an account for controlling comments and Revelations related to star artists
Netease Cloud Music will soon be listed on the back of 200 million monthly live users how to make money
The ninth batch of online anchor warning list announced Wu Yifan, Zheng Shuang and other 88 people in column
The most popular news this week
Huawei Watch GT 2/2E Upgrade: Download third-party apps
Miit: China's 5G terminal users reach 450 million! Accounting for more than 80% of the world
Sources say tesla's German plant will start production in December, while Volkswagen's Audi will start production of the Q4
The first batch of invited to become Apple ecological developers, Bunkes launched a variety of Magsafe accessories
Intel ignition level 56 core bubble! AMD can go to sleep
5G Core Standard Essential Patent Competition: Huawei Wins again!
MIUI development version upgrade! 4G was "discriminated against"
Tea Party CEO Tan Jong: Bringing together youth and women to build a new future for Asia
The birth of the Chinese own genetic variability is named "female 娲"
The most dead industry: the Internet can only row the second first thoughts