With a revenue of $4.7 billion a year, how does Google profit from news content? 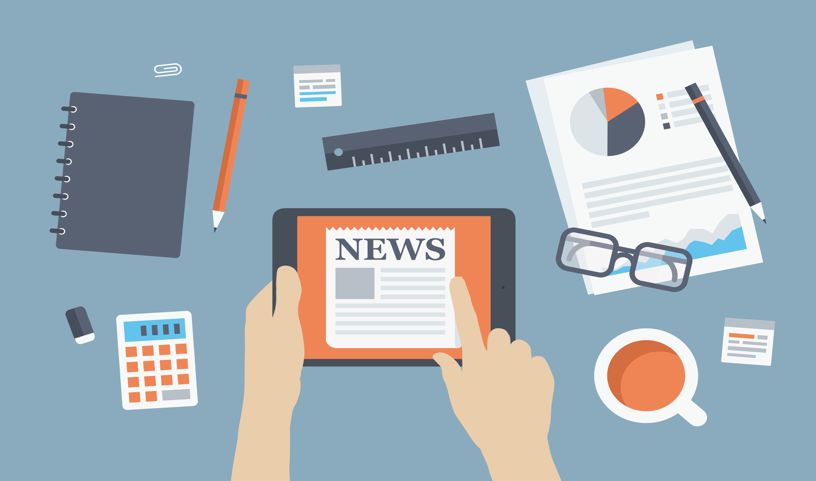 Facebook, Google, Twitter, Snapchat and other companies are still accelerating their acceptance of traditional press and publishing functions. At present, the impact of technology companies on American journalism has almost surpassed the transition period from print media to digital media.

In fact, the impact of technology companies on the news industry is more intuitively reflected in revenue. Google, for example, earned $4.7 billion in news content in 2018. Compared with the US news industry's $5.1 billion in digital advertising revenue last year, some are dwarfed.

This issue is full media (ID:Quanmeipai exclusively compiles the latest research report of June 2019 from the News Media Alliance, a non-profit organization in the United States, to see how Google actually makes huge profits from news content.

No, it's a conservative estimate.

As early as 2008, Google News brought about about about $100 million in revenue for Google, which has been steadily rising in revenue for many years. Of course, this is inseparable from the positive guidance of Google Search. Even in the era of mobile Internet, the traffic brought by search engines can not be underestimated. In terms of volume, news consumption on Google Search is at least six times higher than that on Google News.

Google's revenue of $4.7 billion in news content is undoubtedly a conservative estimate. After all, the news media have to pay Google for advertising. In addition, users will leave valuable behavior data when they browse and consume news content through Google, which is also an intangible asset income for Google.

93% of American adults use the Internet to watch news

Google ushered in the opportunity to profit from news content

Since the 1990s, the news industry has undergone dramatic changes under the impact of the Internet. In 1995, only 2% of Americans used the Internet to get news, and the frequency was only three days a week. In just five years, however, the proportion of people who consume online news has increased to 23%.In June 2018, 93% of American adults got and consumed news online.

This data change reflects that users have different ways of news consumption. The Pew Research Center found that in 2016, about 55% of users did not search for news exclusively on the Internet. Instead, they looked at news content while doing other online activities.

In addition, under the influence of mobile Internet technology, users'access to news quickly shifted from PC to mobile. In 2018, 88% of American adults got news through mobile devices at least at some point, up from 72% in 2016 and 54% in 2013.

These major changes in journalism provide an excellent opportunity for technology companies to participate. However, it is obvious that when technology companies play a big role in the field of news content, they will inevitably hurt the news media which mainly rely on news subscription mechanism. 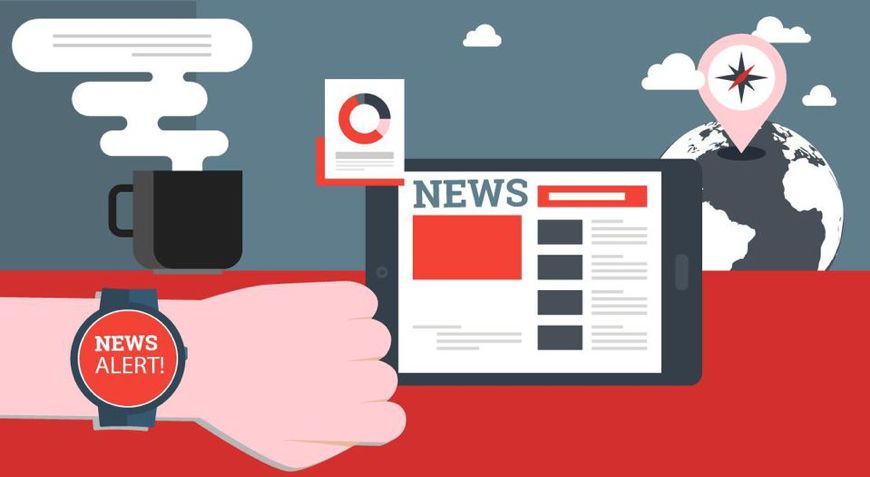 Among many technology companies, Google has incomparable advantages as an important channel for users to access news content.In 2011, Google Search and Google News accounted for about 75% of the recommended traffic of major news websites.This, in turn, proves that Google is increasingly dependent on news content, as evidenced by its continuous updates and improvements in search engine infrastructure and search algorithms for news content services in recent years.

The Face of Google Products

Google has always been committed toAs of January 2019, Google Search has become the world's leading search engine tool, with a market share of about 93%, while Bing, the second player, accounts for only 3% of the global market.

Google News is an important news aggregation website, which collects news content from various channels and displays it centrally on a single website, thus attracting a large number of users.As of May 2018, Google News had about 150 million monthly visits in the United States, which was higher than top news publishers such as the Huffington Post (110 million), CNN (95 million) and the New York Times (700 million).

Although the vast amount of news content that Google News uses to attract users comes from other news media, Google doesn't pay them, let alone consult them on how to deal with and present news content.

In 2018, Google News App ranked sixth in downloads from Apple App Store and Google App Store. In March 2019, it scored about 85,000 ratings in the Apple App Store, averaging 4.5.ensemble。

YouTube, a video-sharing website born in 2005, was acquired by Google in 2006. In 2018, the number of registered users active on YouTube reached 1.8 billion, and they watched more than 1 billion hours of video every day. In addition, YouTube is also the most time-consuming platform for Millennials, spending an average of 1,163 minutes a month, which has a significant advantage over competitors such as Facebook (744 minutes) and Netflix (510 minutes). 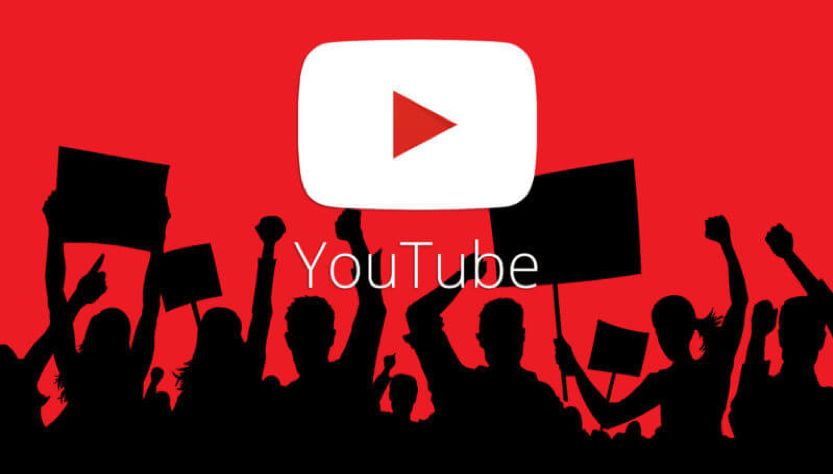 YouTube is also one of the main platforms for users to get news online. A Reuters survey in 2018 found thatTwenty percent of online news consumers in the United States use the YouTube platform.。 Meanwhile, a study by the Pew Research Center in 2018 found thatNearly a quarter of YouTube users get news content from the platform (38%).That figure was only 21% in 2016.

Google Alerts, launched in 2003, is a notification service that alerts users to news related to them. In the play, when news content on a topic in Google Search has new news, users can receive e-mail, of course, before subscribing to topics and channels.

Google Alerts service is an important channel for users to obtain information, which can meet the needs of users for content updating. Most of the notifications received by users through Google Alerts are news content. For example, when typing in the Google Alerts search ba

This also means that besides Google Search, Google News and YouTube, Google Alerts is another Google product that attracts and retains users by relying on a large amount of news content.

Google keeps users in its ecosystem by providing massive news content. At the same time, it constantly improves and updates its functions by tracking and capturing users'behavior data when reading these news content, so as to improve the service quality of core products such as Google Search, Google News, YouTube and Google Alerts. For example, in order to increase the interaction between users and advertisements, Google has increased the space for advertising, adjusted the presentation of advertisements to increase visual appeal, thereby increasing the click-through rate.

In order to make an empirical analysis of the number of news content on Google Search, the researchers grabbed the data from February 8 to March 4, 2019, and established three databases. The analysis shows that in the

These data confirm the importance of news content, although they do not bring direct benefits to Google Search.But user traffic can be translated into real value, because users of free content are also potential advertisers.。

The value of free news content can hardly be accurately measured, but the data provided by Google can help us to roughly estimate the benefits of these news content. Google News, a product without advertising, earned about $100 million in 2008, which is 0.7% of Google's total revenue of $14 billion in 2008. From 2008 to 2018, Google's revenue grew from $14 billion to $96 billion. Researchers concluded that in 2018, Google earned $700 million through Google News and $4 billion through Google Search. In short,News content generated $4.7 billion for Google。

News content brings immeasurable value to Google while increasing user participation. These news content from the media not only helps to improve the freshness and quality of Google Search search results, but also helps Google to continuously improve its functions, and ultimately helps build user trust in its products and remain in Google's product ecosystem for a long time.

It is interesting to note that David, President and Chief Executive Officer of the News Media Alliance, presented the report.

But the response from Google is that the report's calculation is too simple and crude, and it clearly ignores the other value that Google brings.

Related news
How much is Google Cloud worth?
Hot news this week
Swati Mohn: the star behind NASA's historic Mars landing
International payment giants deploy digital currency one after another, visa has supported 35 digital currency service providers around the world
Windows 10 update coming: Microsoft solves high memory, blue screen, screen rendering and other problems
Former Harvard professor bombards Chinese scholars: academic "touch porcelain"! Response: the person concerned has been dismissed
Baidu releases Q4 financial report in 2020: Apollo intelligent transportation and intelligent driving develop at full speed
Guan Guisen, chairman of China youzan, resigns from his post in connection with a criminal offence and returns 28 million yuan of illegal income
According to the news, Xiaomi has already had a number of automobile related patents and trademarks before deciding to build the car
Don't change the plane, Lenovo Chen Jin: it's suggested that waiting for the rescuer will bring the most thorough solution of Xiaolong 888
The 27 year old Chinese boy became famous in the first World War! Making the most accurate prediction model of the new crown in the United States
Baidu financial report teleconference record: CEO and brand of electric vehicle joint venture with Geely have been determined
The most popular news this week
One coke can hold all the new coronaviruses in the world
From 17999 yuan! Huawei mate x2 goes on sale today: Zhang Zhilin wants to buy it
The new crown variant found in California may be more infectious and lethal
IPhone 11% top selling smartphone in 2020 iPhone 12 Mini ranks 10th
Apple: imdf has become an international industry standard
Samsung is expected to launch a laptop with exynos 2200 and AMD GPU this year
Function inventory of win10 new edition
Amd confirmed that it will launch a press conference on March 3: it is expected to launch RX 6700 / XT graphics card
11.5 "2.5k screen! Lenovo Xiaoxin pad Pro tablet returns first price: 1999 yuan
Munger: I don't know which is worse, a trillion dollar Tesla or 50000 dollar bitcoin