7-Eleven mobile phone payment was stolen for 55 million days, how amazing is the Japanese IT industry? 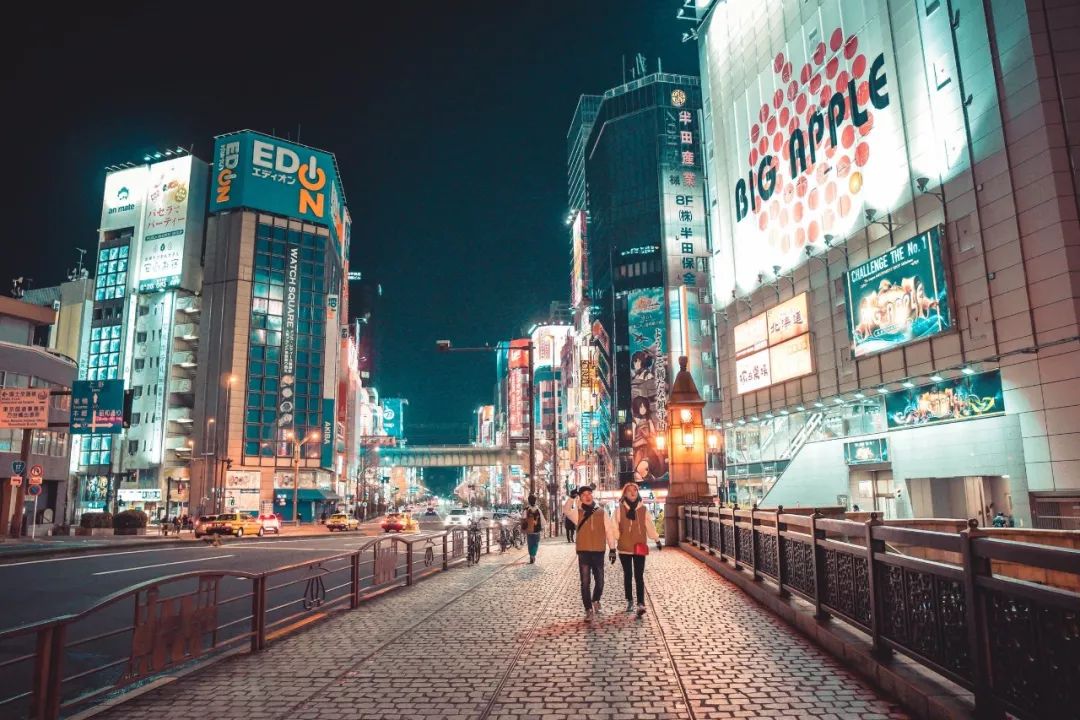 Japan's well-known chain convenience store 7-Eleven has a mobile phone payment stolen event, with a loss of more than 55 million yen (about 3.5 million yuan). The incident revealed that 7-Eleven's information security awareness is extremely weak, and it also reflects some problems in the Japanese IT industry. Why do you say that? Let's look down together.

According to a report by Japan’s Kyodo News on July 5, Japan’s Yihei Holding Co., Ltd. announced on the 4th that the mobile payment application “7pay” that can be used at 7-Eleven convenience stores may have caused about 900 people due to third-party illegal intrusion. The total loss of users is approximately 55 million yen (approximately RMB 3.5 million). The company will fully compensate. As the number of APP registrations reached 1.5 million, the loss may be further expanded and all recharges and new user registrations have been suspended. In connection with this, the Tokyo Metropolitan Police Department’s Shinjuku Police Station arrested two Chinese men on the 4th for alleged fraud.

7Pay is 7-Eleven's high-paying mobile payment function. It should have become the 7Pay of the Japanese government's promotion of the cashless payment ace representative. In 4 days, the service has to be greatly reduced due to the piracy incident, and the overall reliability of Japan Mobile Payment has been seriously impaired. .

It is understood that 7Pay's stolen logic is inferior:

The 7Pay system uses the mailbox as an account. To retrieve the password, you only need to use "Birthday", but the birthday option can be left blank. The default is January 1, 2019. When retrieving the password, if the error is filled, there is no limit on the number of times, and the retrieved password can be filled in separately by one mailbox, so the path is like this: 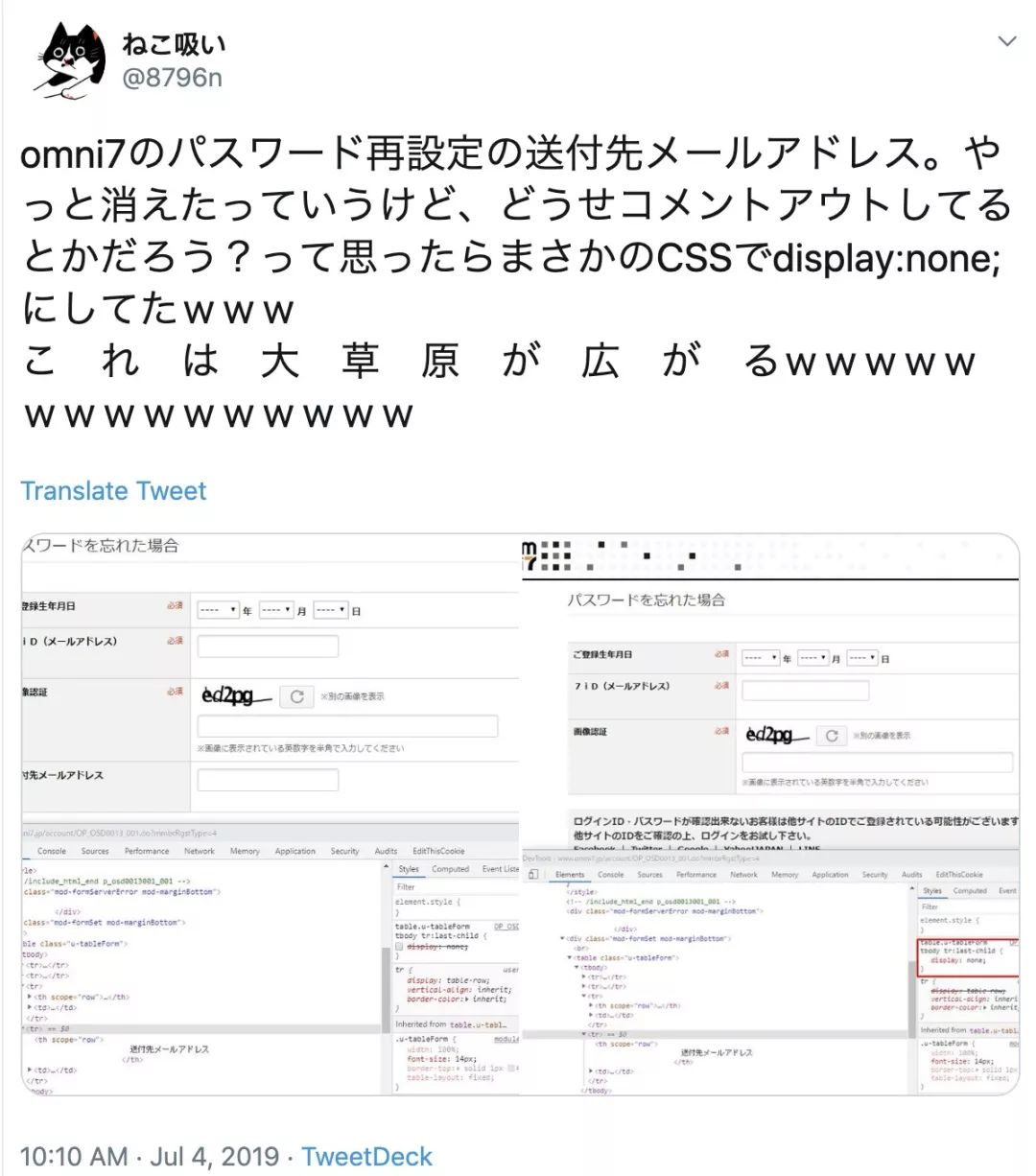 It is understood that at the press conference after the incident, someone asked questions.

The president of 7-Eleven replied: "What is the second verification? ”

It is reported that the illegal invasion mainly comes from Japan and other overseas regions such as China. In connection with this, the Tokyo Metropolitan Police Department’s Shinjuku Police Station arrested two Chinese men on the 4th for alleged fraud. They allegedly attempted to purchase 40 e-cigarettes (a total of 200,000 yen) from a 7-Eleven store in Shinjuku, Tokyo, using the account and password of a 40-year-old male in Tokyo.

2. Japan, IT industry is also manufacturing

In Japan, the IT industry is called the intelligence profession at the university. These graduates must also be the big companies mentioned above, but these companies cannot be classified in the same way as IT companies such as Google and Microsoft. In the field, they are more considered to be “manufacturing” businesses. That is:

Students who study IT at a Japanese university prefer to choose manufacturing rather than the IT industry after graduation.

Professor Cusumano of the Massachusetts Institute of Technology said a metaphor, saying:

In Europe, Software as a science (software is science)

In the US, Software as a business (software is commercial)

In Japan, Software as a production (software is manufactured)

Japan's IT industry has its own unique features. They see IT as a type of manufacturing. Therefore, when they are doing software, their attitude is like building digital cameras and medical instruments. Nearly crazy quality management, not to find out the bugs one by one. Low quality software is never allowed to enter the market. From requirements analysis, design, development, testing to release, a whole set of processes is like a Toyota production workshop, and everyone acts as a perfect screw. As a result, their software is of high quality and has few bugs, but the development cycle is too long and has a large market delay, which is why they are difficult to take the lead in the ever-changing IT industry.

The strong capabilities of Japanese manufacturing enable IT companies to get enough orders from manufacturing. Thus, two effects are produced:

3. Programming skills and how do companies view engineers?

There are very few students in Japan who program for programming. In China, many students or developers have a “programming for programming”, “for IT and IT” thinking, or “I just like programming”. Others are proud to claim that they are a programmer who has not compiled enough code for 15 years. As for how to make profits through IT, how to position the market of products, but consider less.

The Japanese have always regarded IT as a means of supporting manufacturing. Therefore, there are very few students who program for programming. In their view, programming and twisting screws may not make much difference. Therefore, if they are not clear whether the targets to be supported are profitable, they will not develop.

In Japanese companies, software developers are not in a good position. Rather than being too high, it is better to say that there is not much difference between the screw and the screw, which means that the position of the screw is also very high. In China, the social status of the former is obviously higher than the latter. Therefore, the goal of all developers is to manage positions and not stay in development for a long time. In Japan, there is a saying that “if you are still developing at a age of 35, then your life will completely fail”.

Compared to software development, Japanese people prefer to write Word documents, organize PPT reports, and organize data into Excel tables. “ Can solve problems with Excel spreadsheets, why must I program? & rdquo; If a job-seeking student publicizes his programming skills in an interview, it is likely that the interviewer will smile and answer “I can't work without programming.”

Japan's IT industry is a typical “supported industry”, and it seems that this will not change much in the next decade. Therefore, the IT industry itself has great limitations. There will be no enterprises like Facebook, Twitter, and Google. The new model of IT commercialization will not be born in Japan first.

Japan's IT industry seems to be very wonderful, but looking at the programming tutorial written by the Japanese is a kind of enjoyment, and its level of simplicity is surprising. Although the IT industry in Japan is not necessarily developed, there are many world-renowned Japanese technicians, such as Matsumoto Hiroshi, the father of the Ruby language, and Kawaguchi, the founder of Jenkins, who are Japanese technicians.

Related news
Japan's Seven-Eleven convenience store will sell Apple's official iPhone accessories
Chinese IT programmer living in Tokyo
7-Eleven mobile phone payment was stolen for 55 million days, how amazing is the Japanese IT industry?
Hot news this week
Zhao Lijian responded to the British "blocking" Huawei: generalizing the concept of national security harms others and harms themselves
Zhao lijian said the UK's decision to block Huawei under PRESSURE from the US was damaging others and not benefiting itself
Tencent web drama "Beginning" Douban opening score 8.2: the male protagonist's mobile phone has become a highlight!
Samsung's new notebook patent publication: the keyboard is divided into two-quarters after two folds.
AsiaInfo Technology Announces Acquisition of iResearch Consulting to continue to increase digital operations and digital and intelligent transformation
Canon China plans to close some production lines in Zhuhai in response to the zhuhai company's suspension of production
Breakthrough: Chinese scientists have discovered and confirmed the boson exotic metal for the first time
Volkswagen's sales in China plummeted, a record low in 8 years! The CEO revealed the reason for the helplessness
Only 2 decisive headphones Class A Certification of the Ministry of Industry and Information Technology? Perhaps it is misunderstanding
1KW electric energy production 3KW heat Tesla hot pump low temperature hidden dangers were investigated
The most popular news this week
Can Jay Chou listen free? Look at 15 seconds, listen to 30 minutes song, QQ music internal test free listening song mode
Activision Blizzard employee: It's good that the company is being bought by Microsoft. Maybe it can be saved
The Hang Seng Technology Index is 0.95%: Netease has fallen over 3%, and the quick hand fell over 2%.
China's groundwater resources reserves are identified for the first time: the southern freshwater reserves account for only 5% of the country's total
Microsoft Gaming Executive: Had a friendly call with Sony management
The United States seeks to contain scientific giants Google 2021 year tour spending increased by 13 million yuan
QQ Music ranked third among the world's most popular music platforms
IPHONE open side load? The US Senate Group has approved the bill to vote
钛媒体科股早知道：价格创十年新高，需求占比或提升5倍以上，特斯拉全球出击疯狂抢占该资源；国家卫健委研究出台更多积极生育支持措施
Take stock of Microsoft's top ten acquisitions: 3 of the more than 10 billion US dollars Nokia is not in the top 5