The Federal Reserve established the Libra Coin Working Group and asked Facebook to suspend the project. 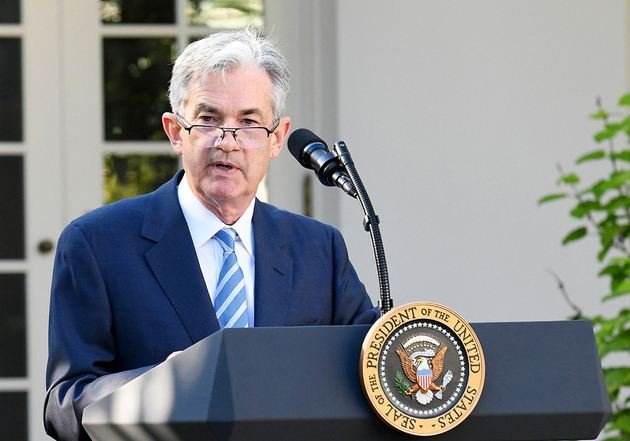 Tencent Technology News, after Facebook announced the plan for digital currency Libra, the company’s past record of protecting personal privacy, coupled with billions of users around the world, has triggered Libra in the world. Great controversy.

According to the latest news from foreign media, Powell, chairman of the US Federal Reserve Board (US Central Bank), said on Wednesday that Facebook’s plan to establish a digital currency for Libracoin could not be advanced until some serious concerns were resolved. His remarks put pressure on the plan and suppressed the price of the famous cryptocurrency bitcoin.

Strong comments from the most powerful financial regulators in the United States highlight the growing regulatory barriers to the proposed Facebook cryptocurrency, which has been closely watched by global policymakers.

“Libra coins raises many serious concerns about privacy, money laundering, consumer protection and financial stability,” Powell said in a semi-annual testimony on the monetary policy of the US House Financial Services Committee.

He later added that if these problems are not resolved, "I don't think this project can continue."

Powell said that any regulatory review of the project should be "patient and cautious". He pointed out that the existing rules do not apply to digital currencies.

He said: “This is not exactly in line with our financial regulatory system, and Libra coins do have a potentially systematic size. It requires careful research, so I firmly believe that we all need to come slowly. ”

Facebook spokeswoman Elka Looks said in an email: "We very much agree with the need for the Fed chairman to discuss the matter publicly. That's why we announced this news so long with the other 27 founding members of the Libra Coin Association, so that we can have a constructive discussion on this issue and get feedback. ”

At the end of last month, bitcoin prices rebounded to nearly $14,000. Since June 18, Facebook announced plans to launch the Libra currency program, Bitcoin has risen more than 30%. As of 3 pm US time on Wednesday, Bitcoin traded at $12,268.99, down 2.4% on the day. During Powell’s attendance at the hearing, Facebook’s share price was also hit, but at the close, the stock basically recovered its lost ground, rising 1.3% to close at $201.89 per share.

It is unclear how the Fed will slow down the Libracoin program if the Fed is willing, because the regulatory status of the digital currency is not clear, but Powell’s point of view is important.

Facebook executives are scheduled to attend the hearing on this project in the US Congress later this month. Senior members of Congress have raised data privacy and other issues for the Libracoin program.

Powell said the Fed has set up a working group to track the project and is coordinating with central banks in other countries around the world. He also expects the US Financial Stability Oversight Committee to conduct an assessment.

Powell pointed out that as long as the relevant risks are identified, he will support financial innovation, but he said that Facebook has a huge social networking platform, which makes Libra coins different from other digital currency projects.

He said: "Facebook has billions of users, so I think they have the possibility of making digital currency widely available for the first time. ” Any problems with Libra's currency will rise to a systemic level due to the size of Facebook. & rdquo; (Tencent Technology Review / Cheng Hao)

Related news
Bank of France Governor: Facebook's Libra must comply with anti-money laundering regulations
Facebook cryptocurrency Libra may be banned in India
French Finance Minister: Never let Facebook Libra become a sovereign currency
Facebook publishing Libra Trump can't sit still and the Chinese central bank has already shot...
The US House of Representatives proposes a proposal to ban the issuance of cryptocurrencies.
Libra vs. US Congress: Cheng also Facebook, defeated also Facebook?
French Finance Minister: Will Prevent Facebook Digital Currency Libra from Entering Europe
Turn around! Facebook Libra suffered its first Waterloo? Payment giant PayPal announces withdrawal
Zuckerberg's congressional hearing testimony full text: Libra can improve the financial leadership of the United States
Hot news this week
Apple is recruiting neurorendering research scientists to create immersive experiences for AR/VR products
Tesla China will take the initiative to significantly reduce production if it still fails to sell by 40,000 yuan
The Internet reported that the Shanghai factory would voluntarily cut production by 20%, Tesla responded
Hangzhou Internet Court: NFT digital collection belongs to the network virtual property, protected by law
Amazon has withdrawn a new offer from its retail division, cutting off new employees who were due to start early next year
You know what? Looking at your phone while driving is the equivalent of driving blind for about 50 meters, which is extremely dangerous
The United States has approved the first fecal transplant to treat disease by transplanting someone else's feces
Dalitsu, a lens supplier for Apple's iPhone 14, reported revenue of NT $5.231 billion in November, up 20 percent from a year earlier
Transsion Holdings: Established a global strategic partnership with Google to carry out in-depth cooperation in areas such as Android system
Do the most lightweight and smooth system! - MIUI 14 will come soon: The flagship will also be upgraded two years ago
The most popular news this week
Activision Blizzard CEO says Microsoft acquisition will go ahead, FTC allegations are factually incorrect
Experts: do not take ibuprofen if you eat Lianhua Qingdian, separate Chinese and Western medicines
Up to 56 cores! The new generation of Intel processors is coming.
Upgrade second regret! Serious problems after AirPods Pro 2 update
Apple got Sony's flagship sensor! iP15 is now more expected
Ibuprofen does not have to compete for the world's largest production capacity in China: one company is enough for 3.3 billion people.
QQ level first in the world! I responded to make netizens envious: the family opened the Internet cafe
Cook's "no" to Musk: cost Apple 4.4 trillion
AI paintings fetch a record price of 1.1 million! Baidu's AI painting was tested and the result was amazing
Burst! Tesla China discontinues Model Y production