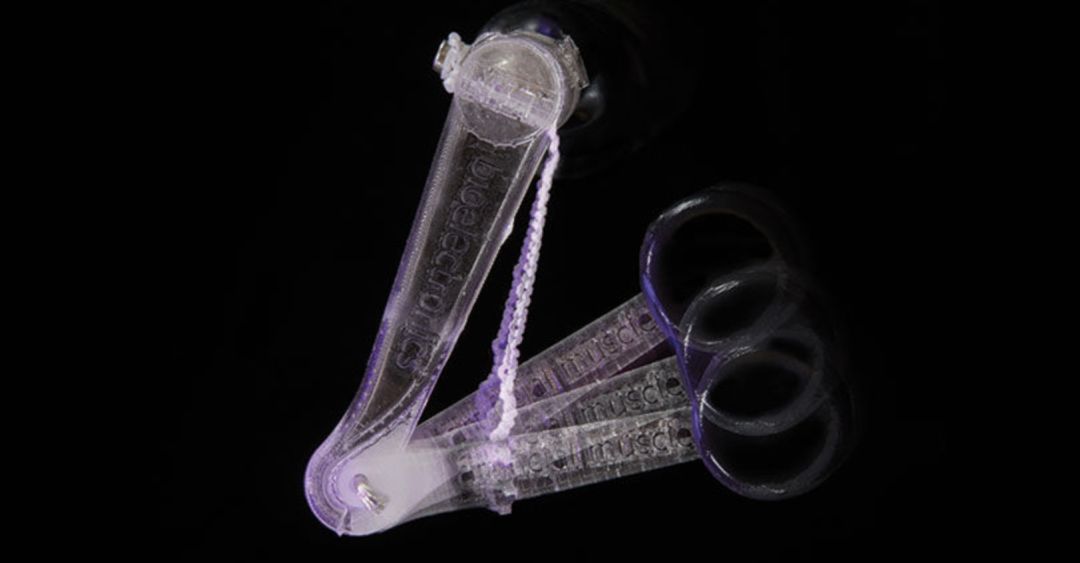 [Introduction to Xin Zhiyuan]Today, the cover of Science publishes a blockbuster study: researchers at MIT have invented aXin Zhiyuan and Group

Have you ever seen cucumbers grow? It has tendrils that roll up along poles or other supports to ensure it receives more sunlight. 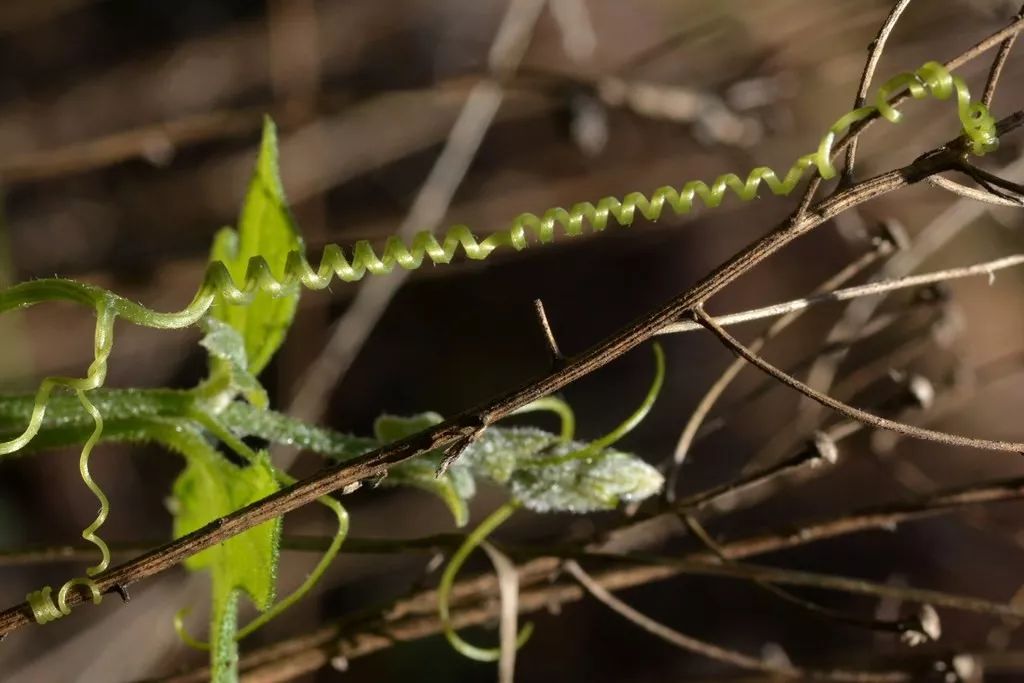 Cucumber tendrils enable it to climb up and grow

Now, MIT researchers have found a way to simulate this winding and stretching process to produce retractable fibers that can be used in robotics, prosthetics or other mechanical and biomedical applications.Artificial muscle。 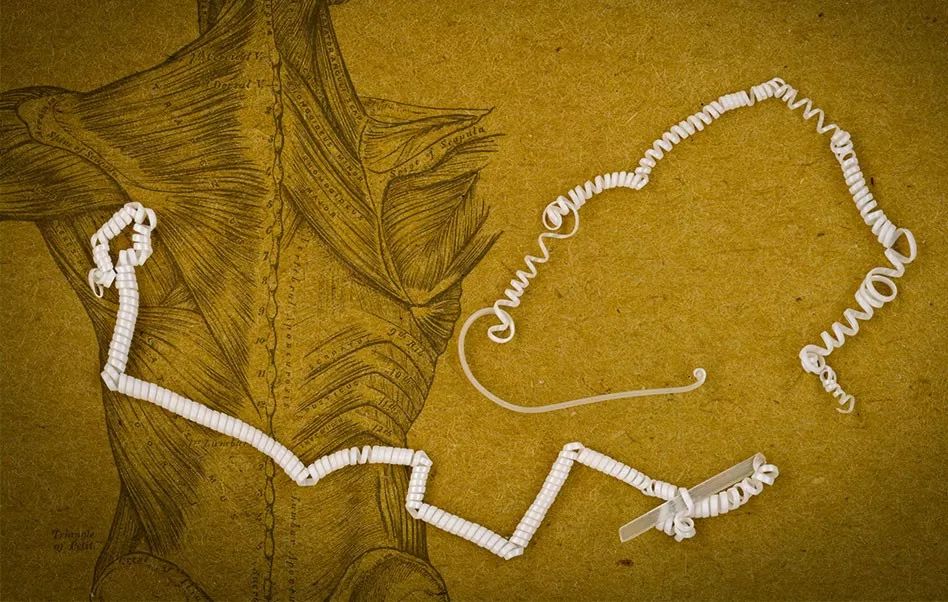 Although there are many ways to create artificial muscles, such as hydraulic systems, servo motors, shape memory metals and stimulation-responsive polymers, they all have limitations, such as too heavy specific volume or too long response time.

By contrast, the new system is based on fibers, the researchers said.It's very light and can respond very quickly.。 Today, the study is on the cover of Science. 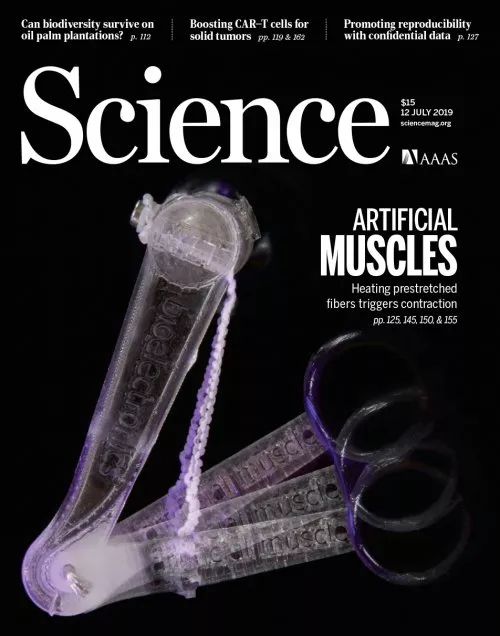 The new fiber is made up of MIT postdoctoral Mehmet Kanik and graduate student Sirma.

The principle is simple and the effect is amazing: MIT man-made fiber can lift 650 times its weight

The researchers used fiber stretching techniques to combine two different polymers into a single strand of fibers. The key to this process is to make two very differentCoefficient of thermal expansionMaterials are bonded together, which means they have different expansion rates when heated. 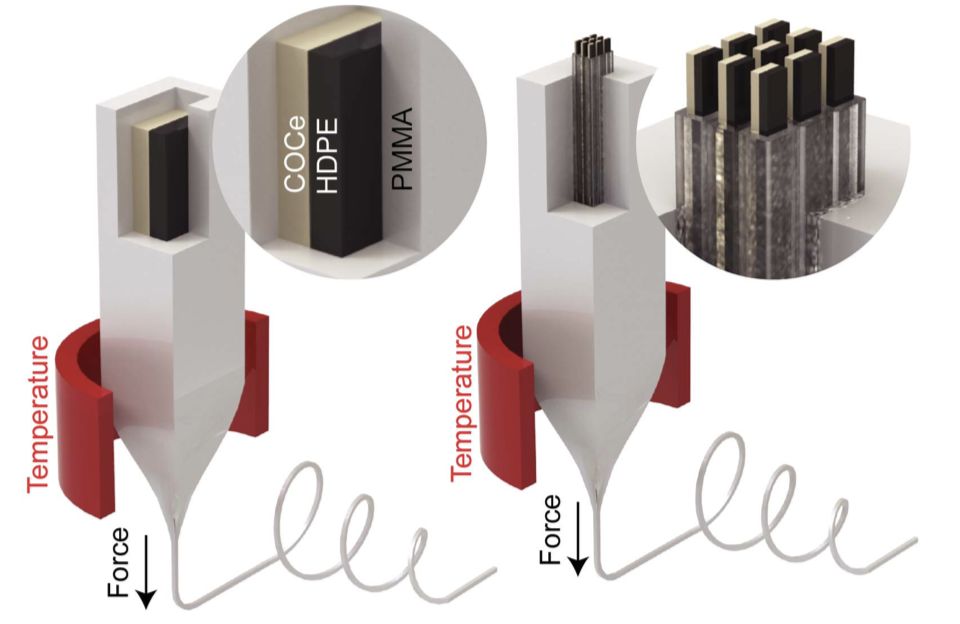 This principle is used in many thermostats, for example, bimetal sheets are used as a way to measure temperature. As the bonding material is heated, the side that wants to expand faster is blocked by another material. As a result, the bonding material will curl towards the slower expansion side. 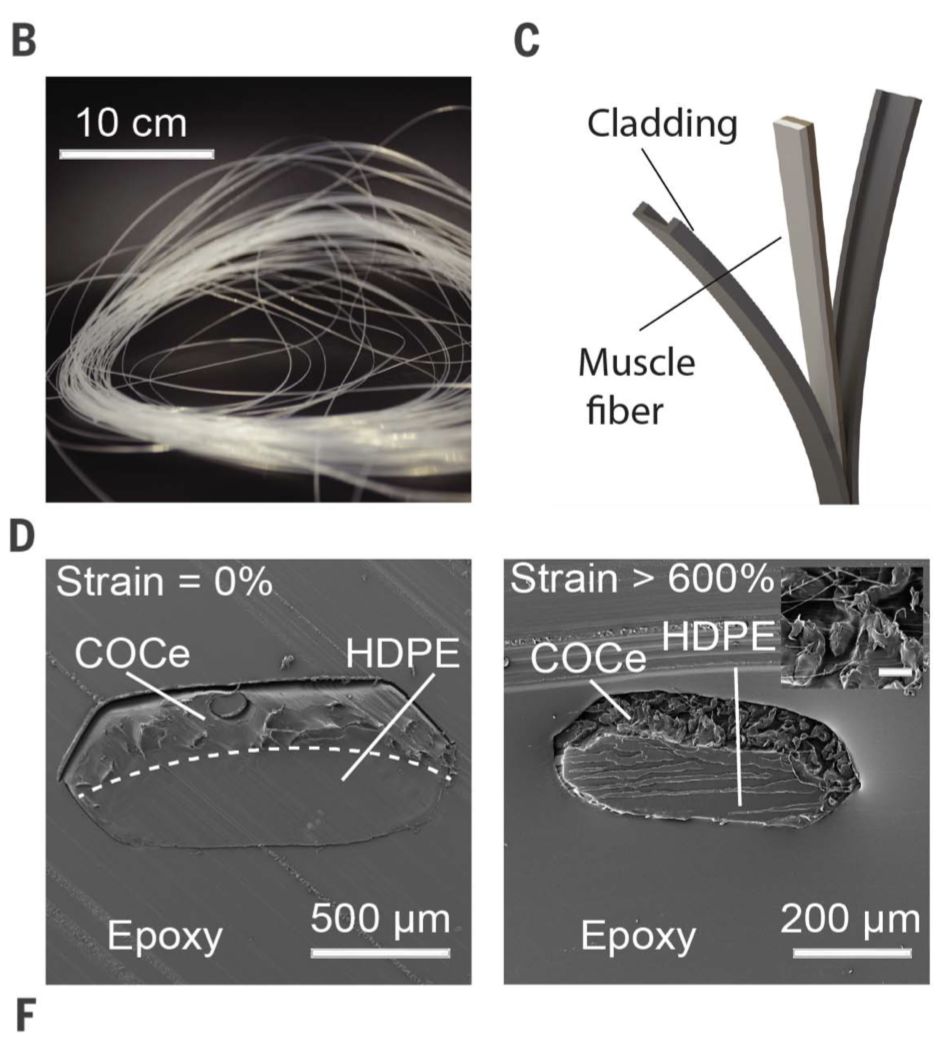 The two polymers used in the experiment are COCe and HDPE.

Using two different polymers bonded together, one is a very easy-to-stretch ring copolymer elastomer and the other is a harder thermoplastic polyethylene. MIT researchers made a fiber that naturally forms a tight loop when stretched several times its original length, much like the tendrils produced by cucumbers.

The fiber-based actuation structures are controllable, which are controlled by heat and light, to lift their weight 650 times and withstand, researchers said.

When the researchers first experienced the artificial muscles, they were surprised by what happened next.

When Kanik first picked up the coiled fibers, the temperature of his hand was enough to make the fibers curl tighter.

In subsequent tests, the team showed thatThe shrinkage and stretching process can be repeated 10,000 times.And the strength will not weaken.

One of the reasons why you can repeat it so many times, the researchers say, isEverything works under very mild conditions.

These fibers can be of various sizes, ranging in width from a few microns (one millionth of a meter) to millimeters (one thousandth of a meter), and can be easily produced in batches up to hundreds of meters in length.

Experiments show that a single fiber canBear a load 650 times its own weight。 In order to carry out experiments on a single fiber, the research team developed a dedicated miniaturized testing device.

These fibers are made of aFiber drawing system

The cold drawing process of a fiber spring was obtained. Steps 1 to 4 show the stretching process, and steps 5 to 8 show that when released, the fibers form springs.

As a test, the researchers coated the fibers with conductive nanowire meshes. These grids can be used as sensors to show the exact tension experienced or applied by the fibers.

In the future, these fibers can also include heating elements, such as optical fibers or electrodes, to provide an internal way of heating without relying on external heat sources to activate them.

The artificial muscle fibers can be used as actuators in robotic arms, legs or grippers, as well as components of prosthetic limbs, because they are light in weight, fast in response and have significant advantages.

Today, some prostheses weigh up to 13 kilograms, most of which come from actuators, usually pneumatic or hydraulic; therefore, lighter actuators can make life easier for people who use prostheses.

The activation time of this synthetic fiber isDozens of milliseconds to secondsIt depends on the size.

In order to provide greater strength to withstand heavier loads, fibers can be bundled together, just as muscle fibers are bundled in the body. The team successfully tested 100 bundles of fibers bundled together.

By stretching the fibers, sensors can also be implanted into the fibers to provide feedback on situations they encounter, such as prosthetics. Researchers say that fiber bundles with closed-loop feedback mechanism can be applied to robotic systems requiring automation and precise control.

The possibilities of this kind of material are actually infinite, because almost any combination of two materials with different thermal expansion rates can work, which is a vast field in which various possible combinations can be explored.

Pay attention to new intellectuals and groups, and get the original Science paper!

Related news
Chinese scientists protest against the scientific research environment in the United States. "Poisonous," Nature and Science speak out!
AI has captured many people and has re-entered Science, training costs $150, and wins 1,000 knives per hour.
Science Cover Weight: MIT to build artificial muscle fiber, programmable!
Science Advances publishes flexible electronic patches that allow two-way communication with robots
Harvard's new research is on the cover of Science: This mechanical exoskeleton is a pair of "light work" shorts
Science robotics cover paper: how does a software robot walk without electronic components?
Hot news this week
Young people can't change their mobile phones one brother pressure in the channel inventory up to 50 million
Chinese mysterious female rich 560 million buy European luxury homes: the full amount of cash is paid at a time
Criminal gang candid courier list takes the money 8 people to be arrested
Do you make feed after Yi Lord? Zhenghong Technology M & A has mystery
The first pop -up shop in the United States opened, Bubble Mart opened the North American expansion plan
The goose factory is finally making a move on the metasverse?
The 560m Chinese woman who bought luxury homes has also been involved in JD.com's investments in Tuniu, Vipshop and Fafa Qi
With this charging treasure that can legal "stealing electricity", I don’t worry about the mobile phone out of power
Son's bet that ARM's listing will boost SoftBank's stock price?
Huawei Hongmeng has become! Many mobile phone manufacturers will follow up with Hongmeng OS technology
The most popular news this week
A large number of QQ numbers stolen official announced the results of the investigation
Tencent said major shareholders will sell their shares for a total profit of about 24.5 billion yuan
Born with a silver spoon in one's mouth, IE finally why can't escape the fate of being eliminated?
The first batch of meizu free battery replacement models are announced: Meizu 15 and other five models are listed
Meizu official celebrate Flyme 10th birthday: More surprises, wait for August
The first batch in the country! "Main Driving Unmanned" Autonomous Driving is approved
IPhone 14 revealed the earliest early August mass production Foxconn a large number of recruitment: on entry to send 5400
700MHz gold band! China Radio and Television wechat mini program launched
China Radio, Film and Television has officially announced that ZTE will be the first group to support commercial 5G broadcasting
Japan's chip industry has a 35,000 talent gap? Tech giants warn