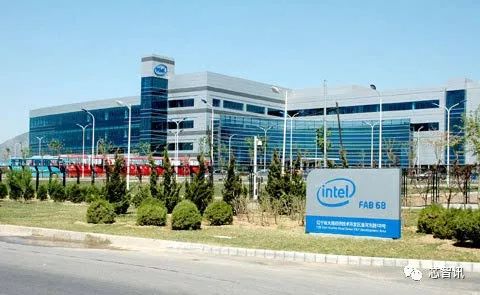 On July 11, news came from the industry that SK Hailishi planned to acquire Intel's Fab 68 storage plant in Dalian, China. SK Hailishi is currently negotiating with Intel to acquire the entire Intel Dalian plant and 3D NAND business. Intel only retains XPoint-related storage technology, according to Jiwei, citing people familiar with the matter.

The direct acquisition of storage plants outside Korea, on the one hand, can help SK Hynix to ensure production capacity and ease supply pressure, on the other hand, it may also help SK Hynix to circumvent Japan's export restrictions on raw materials to Korea through overseas factories. Hynix may purchase Japanese Semiconductor Origin through the acquisition of overseas factories. Material, and then part of the transfer to the South Korean Department.

According to the data, Intel's Fab 68 plant planning in Dalian, China started in 2006, when Intel signed a cooperation agreement with Dalian Municipal Government. Then in 2007, Intel formally invested $2.5 billion to build a 12-inch wafer factory in Dalian, mainly responsible for processor packaging and testing. In 2010, the Dalian plant was officially established. Completed.

In 2015, Intel announced that it would invest no more than $5.5 billion to build the second phase of Fab 68 plant in Dalian, which mainly produces non-volatile memory, Nand Flash. After three years of construction, in September 2018, the launch ceremony of the second phase of Intel Fab 68 plant project was held in Dalian. At the same time, Intel announced that the new factory will use the world's most advanced 96-tier stacked 3D NAND flash chip manufacturing technology to achieve mass production, and will become the core production base of Intel NAND flash, contributing about 70% of the production capacity.

Obviously, if SK Hercules succeeds in Intel Dalian Fab 68 plant, it will get enough 3D NAND flash memory chip capacity, will be cost to help SK Hercules solve the current supply pressure, and is expected to switch

According to the latest data from Jibang Consulting, in the first quarter of 2019, the global NAND Flash market achieved business revenue of about 10.792 billion US dollars, of which the market share of SK Hailishi in Korea was 9.5% (down 1.7 percentage points) and that of Intel was 8.5% (up 0.7 percentage points). Obviously, if SK Hynix succeeds in taking over Intel's 3D NAND business, the market share is expected to rise further to nearly 20%. 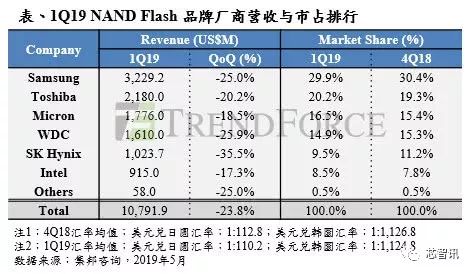 Is Intel willing to sell Fab 68 and 3D NAND in Dalian?

According to the data, most of Intel's NAND flash chips are used to support the data center business, and only in the past two years has the sales ratio increased. The external sales of 3D NAND belong to the NSG (Non-Volatile Memory Solutions Group) business group. The results show that in fiscal year 2016, 2017 and 2018, Intel's NSG business generated revenue of US$2.58 billion, US$3.51 billion and US$4.3 billion respectively, with an average annual growth of about 20%.

However, due to the heavy investment of 3D NAND and the depreciation period of Dalian plant equipment, NSG business has been losing money since 2016. In 2016 and 2017, NSG lost $540 million and $260 million respectively. In 2018, even after receiving $160 million in government subsidies, it lost $5 million.

In contrast, with the rising price of memory chips in 2017-2018, Samsung, SK Hynix and other storage factories are all making huge profits and making huge profits. Samsung also overtook Intel to become the world's largest semiconductor manufacturer.

As a result, there is a view that Intel will then focus more on R&D than production in storage business.

Against this background, it is not surprising that SK Hynix is negotiating with Intel to acquire Intel Fab 68 plant and 3D NAND business.

So, the question is, what is the value of Intel Fab 68 and 3D NAND?

According to the analysis of a certain industry source to the WeChat,

So does SK Hynix have enough cash to buy?

According to the data, Hailishi's cash balance at the end of 2018 was still as high as $7 billion, which provided cash support for Hailishi's acquisition.

SK Hynix has not responded to this rumor.

However, just as recently, Intel's relevant head-in-person told the response core that:

Obviously, judging from Intel's response, the rumor this time is just a

Related news
Intel: NAND flash is no longer a new factory
Japanese Offset: SK Hynix of Korea wants to buy Intel Dalian Flash Memory Factory
SK Hailishi will acquire Intel Dalian Plant and 3D NAND business? The official response came.
The world's top 3-D NAND is the most critical one, and the storage of 64-layer chip in the Yangtze River is officially produced.
Sk Hynix's US $9 billion acquisition of Intel business
Buy Intel flash memory business SK Hynix with 60 billion Chinese factory
Sk Hynix's 60 billion acquisition of Intel business is approved by Europe and America, and China's approval will be the key
Sk Hynix's $9 billion acquisition of Intel flash memory has won five approvals, and China is still considering
Domestic anti-monopoly agencies released Intel's 60 billion yuan business to sell successfully!
SK Hynix introduced pcIe 4.0 hard drives for the first time after acquiring Intel flash memory
Hot news this week
China has found 35 known cases of the new zoonotic virus Langya
Losses in a single quarter of $ 23.4 billion a record, SoftBank did not carry the plunge of technology stocks and the devaluation of the yen
The prevention and control of the American Monkey epidemic has failed. What should I pay attention to?
Kuaishou launched a self-developed cloud intelligent video processing chip: The chip has been streamed successfully
The new product of Xiaomi MIX is coming: both internal and external dual -screen has been upgraded to make up for the previous generation.
Ministry of Public Security: Single telecommunications network fraud continues to cause 40 % of all electrical fraud cases
A new zoonotic virus, Langya, found in China has not yet been confirmed to be transmitted from person to person
A tech company in Shanghai has been fined 220,000 yuan for swiping orders to improve its ranking on Yelp
Special price "kill ripe"? Bike-sharing platforms have different prices for the same package for different users
Alibaba: Shareholders SoftBank will settle in advance for advanced payment in advance involving a maximum of about 242 million ADR
The most popular news this week
Apple's new iPad does not support 3.5mm headphone hole, Baidu map big update, anchor adopted two protected plants were checked, Rui Dragon 7000 series price stolen, these are the o...
A proposed ban on Internet addiction in California has failed
Industrial star attraction strategy to cope with the American semiconductor strangulation strategy
"Mother of the Chip" suffers! The United States blocked EDA to China: not so simple
8K Super Clear screen records Lingyue of China Space Station! Only 0.72 seconds
Sell to Tencent less than a year Sogou by the big purge: three major businesses are gone
After being suppressed by the United States, why did Ren Zhengfei thank you?
The fightback is coming! After ditching 34 Chinese suppliers, Apple was decisively rebuffed by two Chinese companies
Too sudden! The United States is clamping down again
Why is brain labor tired? Scientist: The brain can make poison