The court dismissed the appeal. Oracle lost the bid for $10 billion in the Ministry of Defense cloud computing contract. 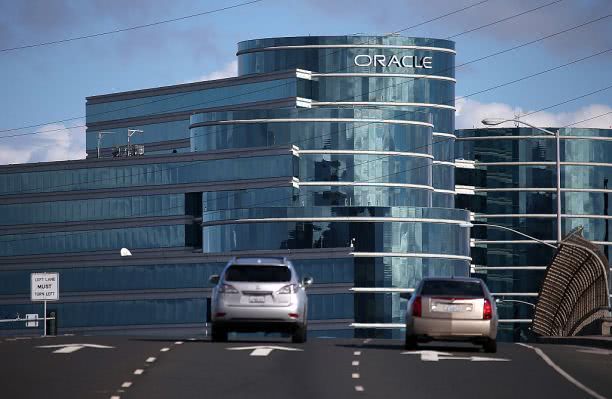 Tencent Technology News, July 13 news, according to foreign media reports, US local time on Friday, Oracle (Oracle) lost the US Defense Department's $ 10 billion cloud computing contract JEDI appeal, which the US government will The contract awarded Amazon or Microsoft to clear the way.

Eric Bruggink, a senior judge of the US Federal Claims Court, dismissed Oracle's argument that the contract violated federal procurement laws and that there were unfair conflicts of interest. Brookink said that because Oracle failed to meet the bidding criteria, this “cannot prove that there are other errors that may arise during the procurement process.”

Bloomberg Intelligence analyst James · James Bach said: "Oracle will most likely be most affected in this ruling. If the Department of Defense decides to award a JEDI contract in a win-win manner, the company will lose its biggest advantage in the defense market. ”

Oracle shares fell 0.7% on Friday. A spokesperson for the company said in a statement that Oracle expects to "cooperate with the Department of Defense, the intelligence community and other public sector agencies to deploy modern, secure, ultra-large-scale cloud computing solutions to meet their needs." But she did not comment on whether the company plans to appeal the ruling.

One of the defendants in the case, Amazon's cloud computing platform, AWS, said in a statement that the company "is always ready to support and serve the most important mission of the Ministry of Defense, namely to protect national security." The US Department of Defense did not immediately respond to requests for comment.

The cloud computing contract, called the Joint Enterprise Defense Infrastructure (JEDI), is intended to be the universal cloud computing service platform for most of the US Department of Defense systems and applications.

The United States is investing in commercial cloud computing services, in which computing power and storage are hosted in remote data centers to integrate its existing technology products, using artificial intelligence (AI) and machine learning technologies, and enhancing its technical capabilities on the battlefield.

After traditional technology companies such as Oracle and IBM made fierce lobbying and legal action against the US Department of Defense's decision to select only one supplier, the fight for the contract became more controversial. Although they are long-term government contractors, these companies are latecomers to the cloud computing market and see Amazon as a huge threat to their traditional DoD revenue streams.

AWS is widely regarded as the leader in this competition because it has won a $600 million contract from CIA to help the latter get the much-needed security guarantees. Microsoft is catching up with Amazon through its advances in winning such licenses, as well as recent cloud computing agreements with intelligence agencies and years of experience with the Department of Defense.

The Ministry of Defense is relieved

To some extent, this ruling relieved the US Department of Defense officials. For several months, officials of the agency have been fighting allegations of corruption in their procurement process, including the 33-page anti-Amazon file that has been circulating throughout Washington.

The file shows that inappropriate relationships have given Amazon an edge. The Department of Defense is also under pressure from US lawmakers who criticize the deal for lack of sufficient competition from the industry.

The US Department of Defense still has potential obstacles in advancing the bidding process. If Microsoft or Amazon loses the bid, they can also appeal to the Government Accountability Office or the Federal Claims Court. At the same time, Oracle can also appeal against the ruling of the Federal Circuit Court of Appeals.

On Friday, Chris Lynch, former director of the Defense Digital Service, who designed the JEDI project, praised his former team for their efforts on the project. He said: "JEDI will immediately provide warriors with much-needed capabilities and provide incredible capabilities built with the best technology that will change lives, and I am very proud of it. ”

Oracle filed a lawsuit in December last year accusing the US Department of Defense of setting a minimum requirement for a JEDI contract and its decision to pick only one winner, saying it violated federal procurement laws designed to ensure competition. But the Defense Department said choosing a winner would reduce security risks and better integrate its technology offerings.

The US Department of Defense determined in its internal review that these relationships have no negative impact on the integrity of the acquisition process. However, the department’s inspector general is investigating potential unethical behavior. In the ruling, Brookink said that the Department of Defense’s decision on these allegations does not exist “arbitrary, capricious, abuse of discretion or other places that do not comply with the law”. (Tencent Technology Review / Jinlu)

Related news
Is the Ali database really better than Oracle?
The death of commercial database: Oracle facing difficulties
Hot news this week
Behind the exposed layoffs, China has praised the loss growth, and the stock price has fallen 67% in three months.
The news said that the Wi-Fi7 chip uses a 7/6nm process to stimulate QFN packaging and aging testing needs
Alipay life channel 20 million people see Wufu Sheng Xiaoka lottery live, fans: difficult for the public
The U.S. Senate Committee passed the tech antitrust bill, and giants such as Apple and Google rose to the challenge
The U.S. government is introducing new policies to attract international students in fields like science and technology
It has been exposed that it will be acquired by Tencent: the Black Shark 5 game mobile phone is officially announced!
China has successfully developed the world's lowest power phase change memory: a thousand times lower than mainstream products
Microsoft Apple Meta seizes the XR market, the Samsung of the fillet folding screen mobile phone or wants to catch up
K50 e-sports edition opponent is coming! A new Chinese phone released in February: it claims to be the best gaming phone
Station B Bilibili 2021 Top 100 UP Main Selection: 63% of new entrants, double the proportion of scientific and technological knowledge
The most popular news this week
7 years! The classic control panel doesn't die: Windows 11 takes another step back
All color renderings of the Samsung Galaxy S22/Plus/Ultra flow out
Indian smartphone shipments increased by 12% of China's reputation points near 68% share Samsung plans to add code
Three months after launch, Microsoft is "happy" with Windows 11: more successful than previous systems
Google announces the abandonment of FLoC: launches a new Topics API to replace third-party cookies
Reveal the "land Probe 1 A star" space autopilot: "time and space revisit" to predict geological disasters
Circle of friends can send more than 9 pictures weChat iOS version 8.0.18 official version of the new content public
Douyin push incentive plan: carry forward China's excellent traditional culture
Common software is spitted in an amazing: mobile phone app memory
A rocket launched by the United States 7 years ago was about to hit the moon and self-destruct: the speed was staggering