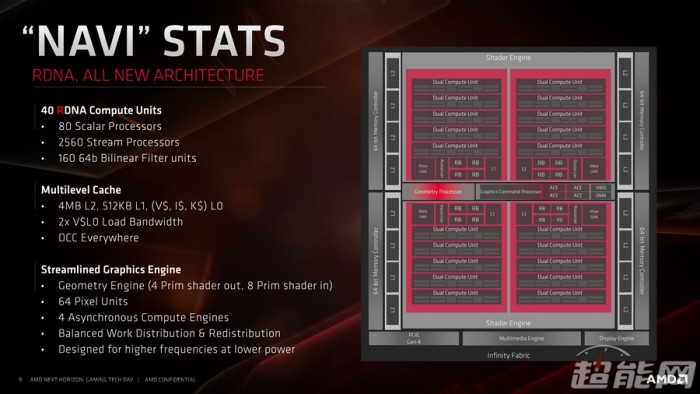 U.S. microblogger @KOMACHI_ENSAKA found a result in CompuBench, which isAMDGPU's new test results, and there are more detailed equipment information, one of which points out that the unnamed GPU has 24 sets of CUs, while the RX 5700 Series graphics cards have 40/36 sets of CUs, compared with the number of CUs in the GPU, and the memory capacity is only 4 GB, so this GPU should be more oriented to positioning. Low-cost products. This can also be reflected from the test results, some of which are only about 45% of RX 5700 XT. But it's also an earlier driver, so there may be improvements in the future.

This is the Navi 10 core of RX 5700 XT graphics card, from CompuBench

According to previous reports, AMD has started to submit driver source code for Navi 14 GPU, and has enabled the driver, which has included device information and other content, indicating that AMD has begun to adapt the driver for graphics cards using Navi 14 GPU core. From the frequency of Linux driver submission, AMD is accelerating the development of RDNA graphics cards. This time, the test results of Navi 14 GPU core show that AMD is progressing faster. 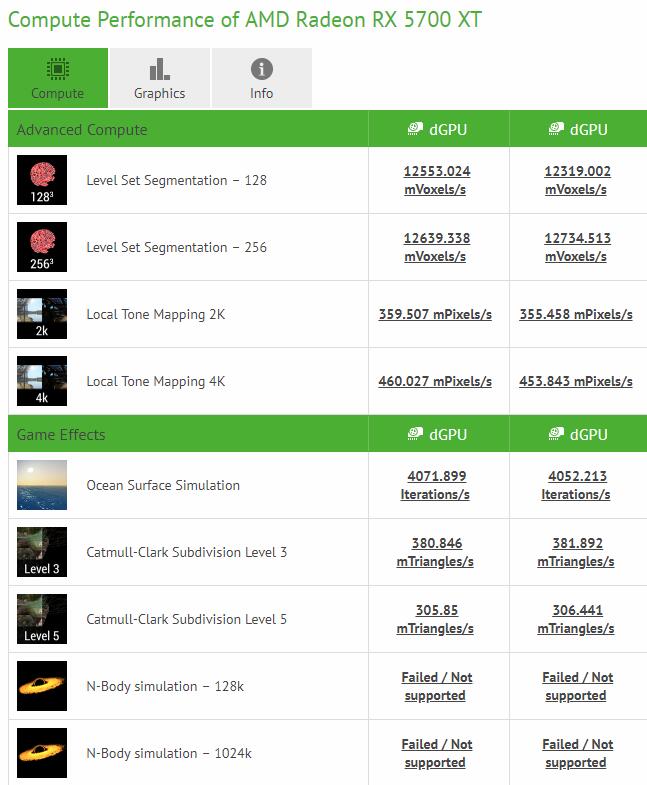 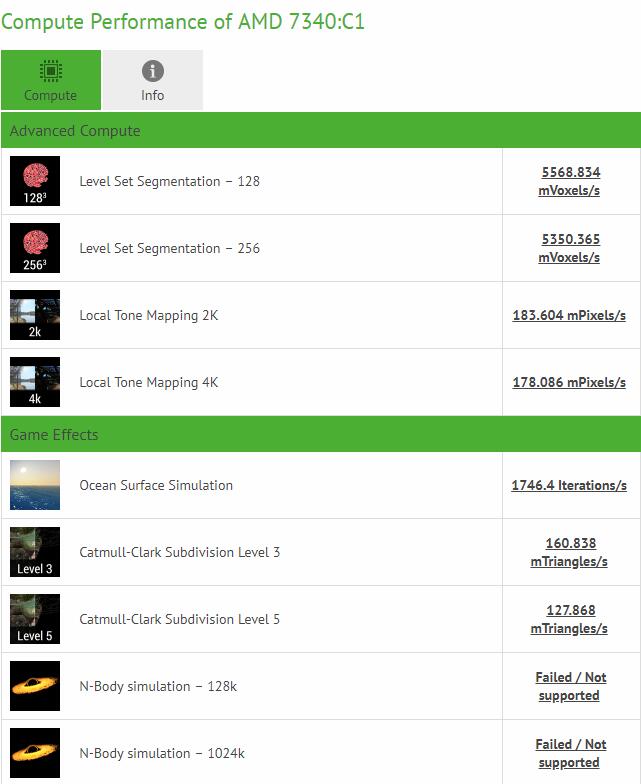 Previously, according to Guru3dD, Sapphire registered several models in Europe, such as Radeon RX 5600, so we will soon see a new graphics card using Navi 14 GPU.