The study, led by Patrick Valery (Patrick Vallely), a graduate student at Ohio State University, eventually published a new discovery of supernova observations using TESS and provided new insights into elements left behind by white dwarfs exploding into supernova. Supernova classification can be confusing. For simplicity and simplicity, we will discuss type II and type Ia supernova.

Type II supernovae are those giant stars (eight or more times the mass of the sun) that collide and explode on themselves. Type Ia supernovae involve smaller stars in the near-binary system (two stars are wound around each other) Orbital), at least one of which is a white dwarf. The white dwarf is a dying star that has burned all the fuel (usually leaving only carbon and oxygen), but it is still very hot. It is also very very dense (imagine the quality of our sun, compressed to the size of the earth). However, when a white dwarf is in a tight binary system with another star, it can have a more dramatic ending, in which case a type Ia supernova can be produced, when the white dwarf takes its mass and energy from its star partner. Become too big to stay stable and eventually explode.

Although white dwarfs do not have any remaining hydrogen, their companion stars usually do, which means there should be hydrogen (and other things) in the spectrum. So far, scientists have never seen it. TESS's observation changed everything, finding that a supernova was actually a collision between two white dwarfs, and theoretically there shouldn't be any hydrogen in the spectrum, so where did the observed hydrogen come from? According to Professor Chris Stank, co-author of the paper, hydrogen may have come from a third party cut into a binary system, and he said, based on the curve observed by TESS, they believe that the hydrogen element may come from the third star in the system. 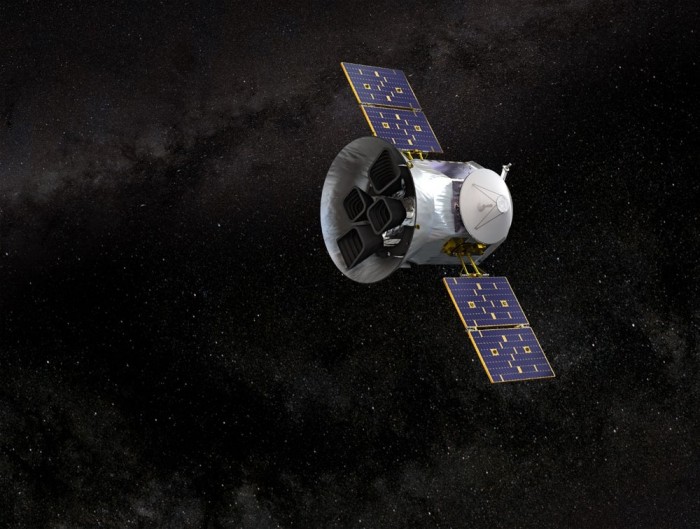 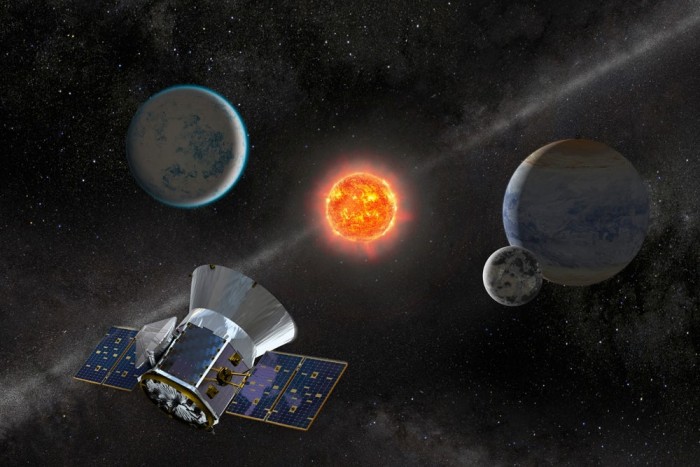 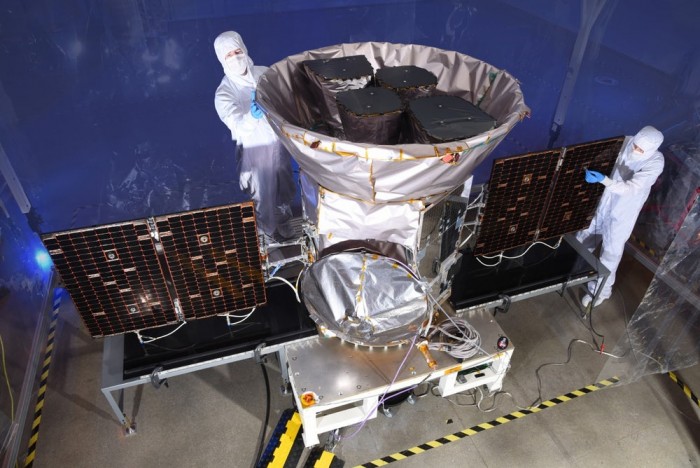 Related news
The NASA TESS exoplanet probe found the smallest exoplanet ever
Scientists use NASA TESS satellite to observe white dwarfs and supernovae
NASA's "Planet Hunter" TESS observed for the first time the process of devouring a star by a black hole
NASA Tess allows scientists to investigate the mysterious pulsation of delta Scuti stars
NASA Tess's dazzling "panorama" hides 74 exoplanets
Tess found three planets orbiting a young sun like star
Hot news this week
Kuaishou launched a self-developed cloud intelligent video processing chip: The chip has been streamed successfully
Ministry of Public Security: Single telecommunications network fraud continues to cause 40 % of all electrical fraud cases
Special price "kill ripe"? Bike-sharing platforms have different prices for the same package for different users
A tech company in Shanghai has been fined 220,000 yuan for swiping orders to improve its ranking on Yelp
Alibaba: Shareholders SoftBank will settle in advance for advanced payment in advance involving a maximum of about 242 million ADR
Text message color, picture quality compression! Google calls out Apple for improving cross-device messaging
It is also the collapse of the mine card: NVIDIA graphics card plummeted, AMD graphics card increases against the trend
Gaming phones also have optical shake protection: a 50-megapixel large-background master camera on the Rescuer Y70
Biden signed a chip and scientific bill, a video call of WeChat iOS internal test suspension window, the advanced CPU caused Win11 to be difficult to use, Huawei new machines enter...
Musk's eyes! Lei Jun released a full -size humanoid robot Xiaomi self -developed strength explosion table
The most popular news this week
Apple's M2 processor is coming down: The iPad Pro 2022 is scheduled to ship in October
Are the suitcases hot? Meteorologist alert, the climate crisis is here!
Has been taken 4 pins, the new crown vaccine, the American Pfizer CEO is positive: taking special effects medicine
A fire broke out in Nintendo Japan headquarters, and the news said that it was caused by the charging electronic device
YouTube has been revealed as early as this fall to launch an online store to support streaming platform subscriptions
Video game company Unity rejected AppLovin's $17.5 billion takeover offer
Huawei Mate 50 series first emergency mode: can make phone calls and scan when the battery is exhausted
iPad 10 will be absent from iPhone 14 conference: October appeared on Apple's last non -comprehensive tablet tablet!
Graduates have a chance to get a million dollars? Sequoia China has set up YUE, a start-up accelerator
Samsung adjustment strategic layout will gradually eliminate DDR3 memory chips