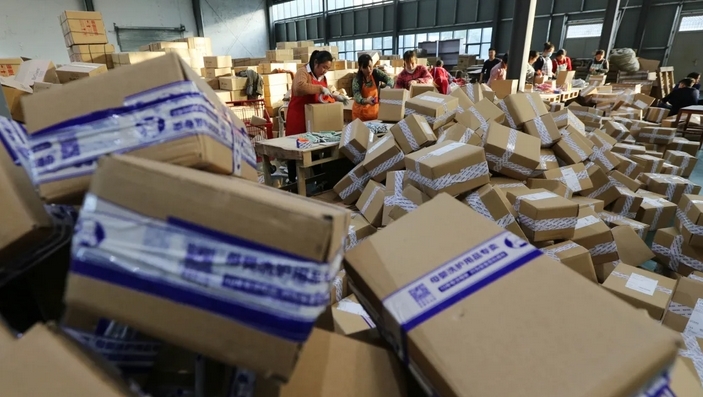 Prime Day is already comparable to Holiday Shopping Festivals such as Black Friday and Online Monday. But Amazon's goal is much more than that. It really wants to target the double eleven in the Eastern Hemisphere. Last year, in Shuang11, Alibaba's e-commerce platform sold more than $30 billion in 24 hours, compared with $4 billion in 2008 for Price Day.

For a long time, Chinese science and technology companies have been imprinted with shanzhai.

But now, from Facebook to Amazon, American technology giants are increasingly emulating China's innovations in order to enhance their dominance, becoming like Tencent and Alibaba in China, an integral part of people's daily lives.

When American companies imitate the Chinese model, they often fail to grasp the essence of what really makes Chinese innovation successful. At this point, there may be no better example than Amazon's version of Double Eleven Prime Day. 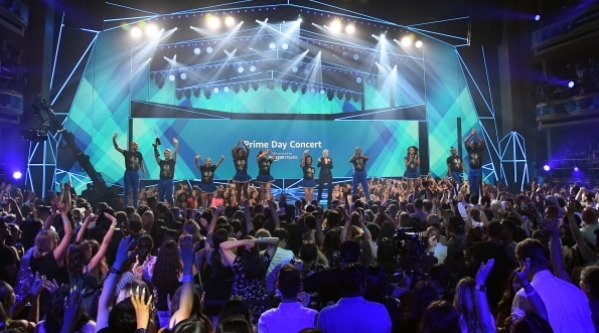 Although Amazon can reproduce Alibaba's success in flash buying, entertainment, music, celebrity collaboration and all the publicity money can buy, Prime Day will never reach the height of Shuang11 in China in the United States because of the fundamental differences between the two companies and their respective platforms.

Amazon, even Prime Day, revolves around the Amazon brand. Alibaba, by contrast, has enabled Singles Day to revolve around all the brands and sellers on its platform that people really like.

Alibaba Chairman Ma Yun has always gone to great lengths to explain why Alibaba is not just the Chinese version of Amazon.

In 2009, Alibaba began to turn Singles Day into a shopping carnival. In 2015, in commemoration of the company's 20th anniversary, Amazon began hosting its annual sales banquet Prime Day, trying to nurture consumers to acquire sexual behavior from scratch.

Alibaba has also maintained this mentality in the process of expanding his ambitions for the National Day holiday. In 2016, the company launched a campaign.

With the approaching of the National Day holiday, Alibaba broadcast the program to show it.

Again, one promotional event showcased other people's products, and the other showcased Amazon's own products.

Nike, Apple, Coca-Cola, Uniqlo, Zara, L'Oreal and other brands have opened their own flagship stores on the Alibaba platform. Alibaba acts as a bridge between sellers and sellers. Amazon, on the other hand, has been accused of using its platform sellers'data to launch proprietary brand products that compete with them.

Don't be surprised when Amazon launches its own Prime Day fashion show and even a TV show that offers a list of Prime Day must-buy items. It will only imitate Alibaba's script more deeply. Amazon can imitate these details, but it can't catch Alibaba's double National Day holiday.

At the same time, Alibaba will push this year's double 11 Countdown Party to the world. (Lebanon)<#comment>

Related news
Foreign Media: Amazon Prime Day is just a fake version of Ali Shuang11
Video game trend feast Asustek held Rog day fans Carnival
Amazon plans to postpone prime day promotion for at least one month
Don't allow warehouse employees to take time off during Amazon Prime Day event
Amazon Prime day will be launched globally on October 13 for two days
Experts predict that Amazon Prime day's sales will reach nearly $10 billion
Pressure many foreign brands! Uoni leads prime day deals
Hot news this week
Tencent Music rose more than 3%, and its average monthly revenue of more than 10,000 musicians in 2021 doubled, and NFT will generate revenue for musicians
China Telecom and Huawei jointly released "Super Time Frequency Fold" 5G Determine Network wireless key technology
CNKI is a wholly foreign-owned enterprise? A-share listed company Tongfang shares responded in this way...
Apple has increased incentives in China to up to 15,000 yuan after cutting the trade-in price in the US
Washing your nose with salt Water may Prevent COVID-19, experts warn
"Tmall responds to over 300 minus 50" to the hot search, netizens: Don't engage in Olympiad, less routine more sincerity
Gree Electric has nothing to do with Gree Real Estate! Dong Mingzhu reiterated that he did not do finance and real estate
Xiang responded to Tesla's lawsuit by saying he was dissatisfied with tesla's arrogant attitude but not defamatory
Microsoft has launched an adaptive mouse for people with disabilities that can be assembled as many parts as they want
After the release of the 2999 yuan new machine, it instantly became the hottest model in the headlines: dominating the list all night
The most popular news this week
The domestic screens are rolled to the 2K screen. Why don't Apple follow the roll?
Experts remind: Do not put disinfection pieces to the sewer, it is useless and harmful to disinfection outdoor outdoor disinfection
Flying Pig's new "Yunyou Museum" can watch the live broadcast of nearly 20 museums in China
DEEPMIND training more than 600 tasks such as chatting, playing games, and accumulating wood
4K display uses 240Hz for the first time! Samsung's new flagship display is coming
Accidentally found a new track! AMD Rayon 7 6800U batch arrived
Better iPhone signal! Apple has released a new official version of iOS
iPhone security big overturn, built-in chip low-power operation, after shutdown can still be tracked location
Hong Kong stocks popular technology stocks rose sharply: JD.com rose more than 9% Ali rose more than 8%
Yu Minhong: Strive to open source while reducing costs quickly, or New Oriental will die