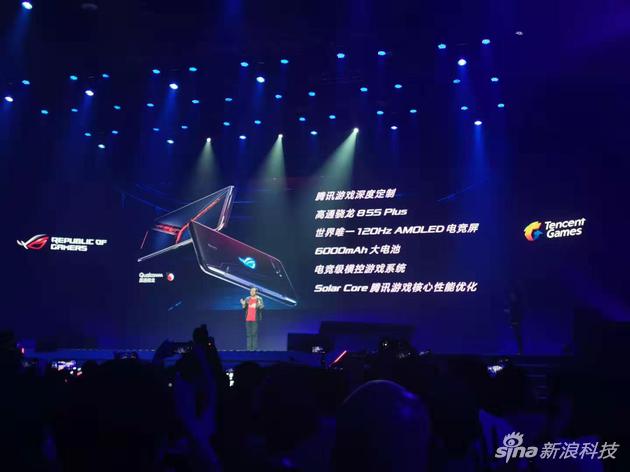 ROG GameMobile phoneCompared with the previous generation, the appearance has not changed much. The fingerprint recognition module has been removed from the back of the fuselage, which makes the fuselage more integrated, but RGB's.AsusLOGO is still in the middle of the back, full of faith. A 6.59-inch 1080p AM in frontOLEDScreen, 19.5:9. The front of ROG Game Phone 2 does not adopt the full screen design which is popular in today's flagship model, but adds the upper and lower borders, and puts two front stereo speakers in the upper and lower borders.

Around the ROG mobile phone, there are button jacks. The lower border has Type-C interface and 3.5 mm headphone interface; the middle part of the left border is peripheral interface; the right side is top-down shoulder key, volume key, power key and lower shoulder key, respectively. This layout is also for users to have a better use experience under the horizontal screen game, and the two shoulder keys are also adapted to the current mainstream game. 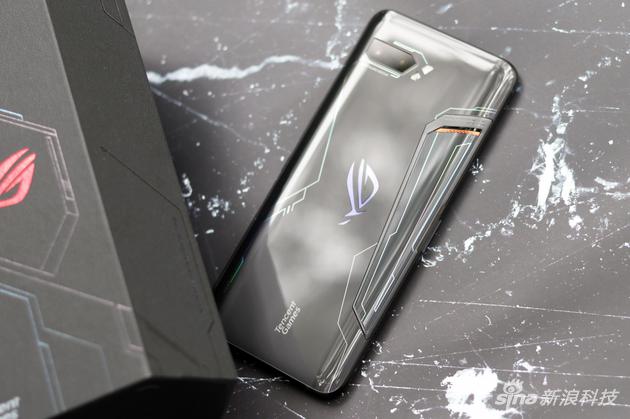 The ROG game cell phone 2 has the latest high-pass Teflon 855 Plus processor, a 7-nm process, and a Kryo485 architecture with eight cores of 1 3 4. The main frequency is 2.96 GHz, while the frequency of the Adreno 640 GPU reaches 675 MHz, and the frequency of the ARENo 640 GPU is increased by 4% and 15%, respectively, and the performance is improved obviously. At the same time, a 6000-milliamp battery is built in to support a 30-watt quick charge. 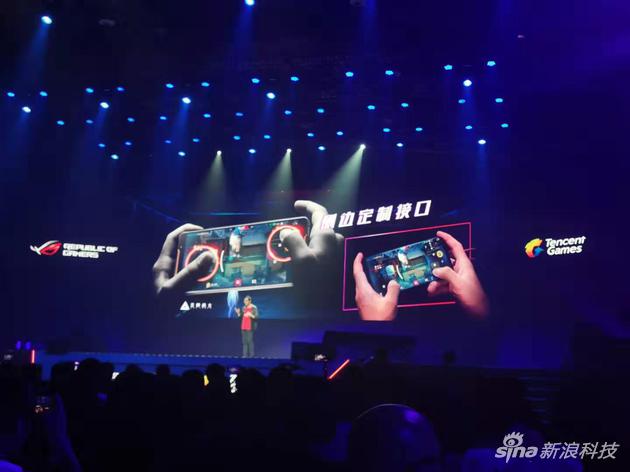 In order to improve the quality of wireless signal, ROG Game Phone 2 places the main antenna and GPS integrated antenna on the top and bottom border of the mobile phone. In addition, four groups of Wi-Fi antennas are divided into two parts, three groups are scattered in the upper, middle and lower part of the right border, and the other one is located on the back of the fuselage. The advantage of this is that when the player holds the mobile phone on the horizontal screen, the wireless signal will not be blocked and interfered. In terms of software, ROG Game Phone 2 also adds the function of automatic switching antenna, which can keep the mobile phone in the state of network connection.

ROG Game Phone 2 has AirTriggers shoulder keys and identifies pressing operations through an ultrasound sensor. This generation of shoulder keys supports the feedback of vibration motor and can simulate the real touch of keys. At the same time, new algorithms are added, such as pointing, vibration realism and sliding control. However, sliding control can not be realized at present, and it also needs to be added through later system updates. 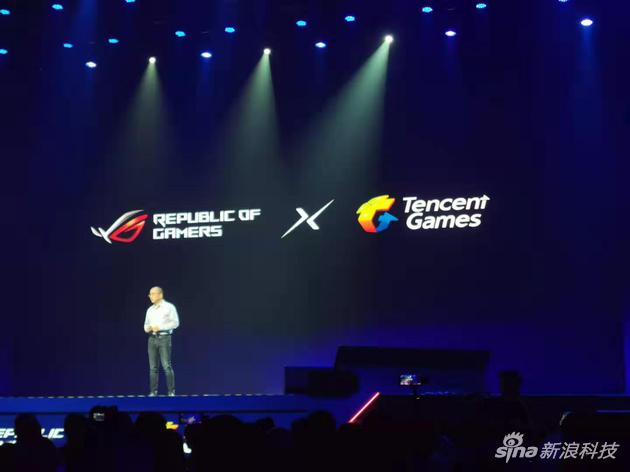 As a game mobile phone, peripheralspartsNature is indispensable. ROG Game Phone 2 also has many peripheral accessories, such asCoolFan2. Aero Protective Shell, Double Screen Extension Box 2, Double Control Handle, Table Play Base and Gleaming Intelligent Protective Shell created by King's Glory. Of course, these parts need to be purchased separately. At the same time, the United Tencent game has been optimized for the popular mainstream games on the market, and a special game acceleration has been set up.The serverReduce game latency as low as possible. 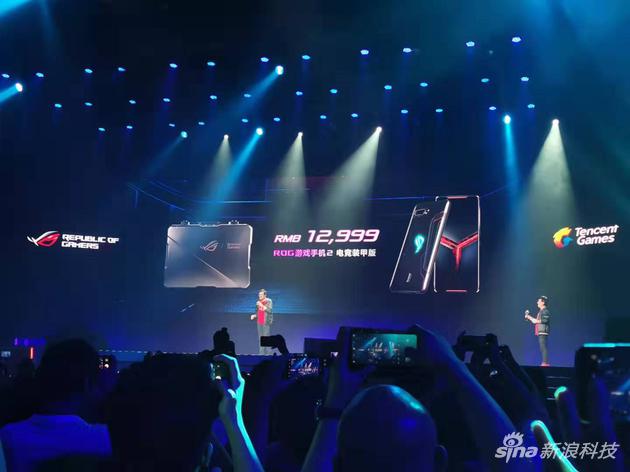 The price of the armor version is 12999 yuan

Compared with the previous generation, ROG Game Phone 2 has made considerable progress. It launched the 855Plus processor of Qualcomm, which has improved its performance. At the same time, Tencent has optimized the current popular mainstream games such as "Glory of the King" and "Peace Elite". This combination of hardware and software is indeed more effective. It is good for players to use.

Although a 6000 mA battery is added to the cell phone and it is equipped with fast charging, the weight problem of the cell phone itself can not be ignored. For heavy gamers, they usually hold hands on the horizontal screen, which may be acceptable. But for the average user, the mobile phone does weigh a lot. At the same time, the starting price of 3499 yuan is not as high as expected.