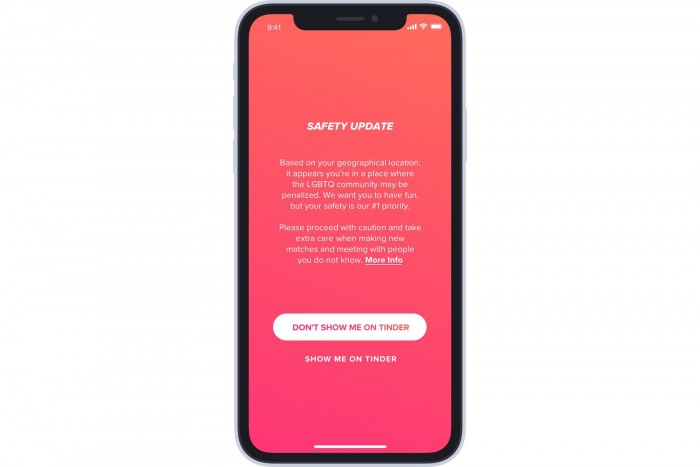 If they decide to disclose their personal information, their sexual orientation or gender identity will be temporarily removed, thereby protecting them from law enforcement or personal attacks against them.

As a dating app with millions of users worldwide, Tinder is responsible for protecting its users.