Four of the top five smartphone Q2 shipments in India are Chinese brands.

[TechWe] July 26, according to the latest research report by Strategy Analytics, a market research organization, Q2 India's smartphone shipments totaled 35.6 million in 2019, compared with 34.5 million Q2 shipments in 2018, an increase of 3% over the same period last year. 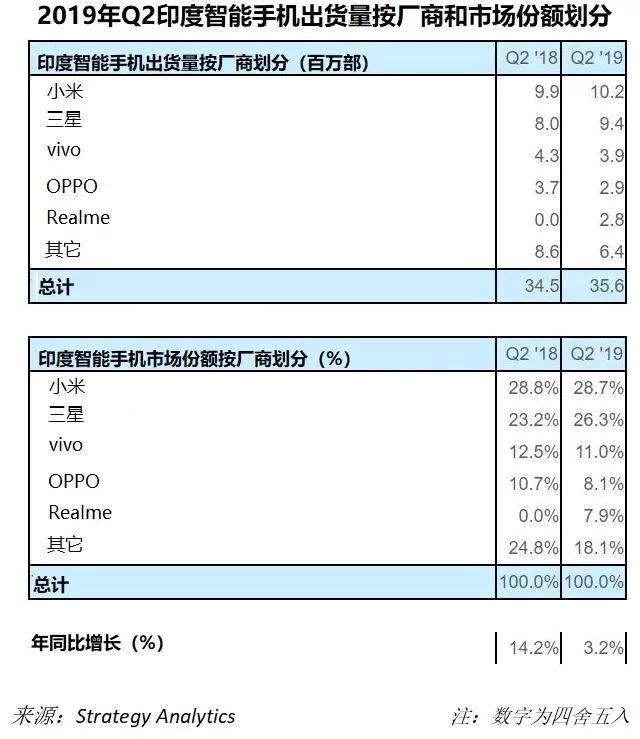 Realme's share of the Indian smartphone market has risen from zero to 7.9% in the past 12 months, and recently realme has entered the Chinese market, which is in good shape.