It's the 5G you're using! China 5G package price is certainly lower than that of foreign countries 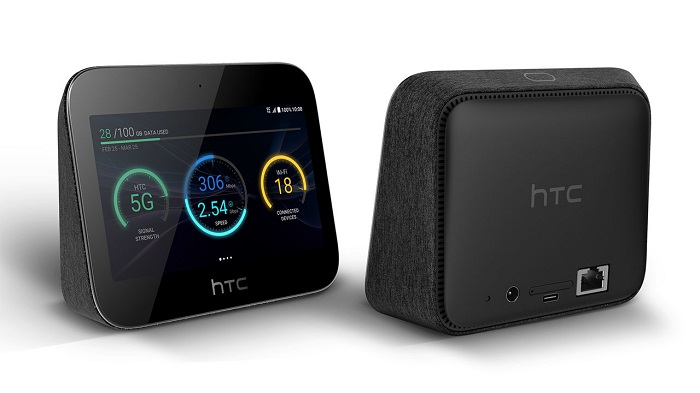 "5G and I can't climb high", "I and 5G are separated by a lot of money", "It seems that 4G is suitable for me"... For the known foreign 5G package, many netizens'feelings have revealed a helpless. At the same time, it also makes users worry about the price of 5G package in China: "5G, can you use it?"

In this regard, many domestic experts have also given the answer, China is certainly cheaper than other countries, and with the popularization of 5G, prices will become lower and lower. Not only that, before that, the three major operators have also made some suggestions or statements, "5G fees will not be very expensive, everyone can afford it."

Basic telecom operators at home and abroad are accelerating the pace of 5G.

At present, telecom operators in Korea, the United States, the United Kingdom, Germany, Finland and other foreign countries have announced the opening of 5G network services, and announced the 5G package standards.

Elisa, the Finnish operator, is the first operator in the world to issue 5G mobile packages, which cost 50 euros (about 400 yuan) per month and can reach an unlimited network speed of up to 600 Mbps (75MB/s).

In addition, Germany, the United Kingdom, Switzerland, Italy, Spain and other countries have also begun to provide 5G commercial services, and are basically based on traffic charges. Compared with foreign operators, China's three major operators have been closely promoting the 5G business process, but there is no clear information on the 5G package fees.

The high price of foreign 5G set meals has caused some worries to domestic users. Will China's 5G set meals be similar to foreign countries, starting very high and soaring all the way?

In this regard, communication expert Xiang Ligang said that users need not worry too much, foreign traffic packages for domestic meaningless, China can not be so expensive.

For example, in the 4G stage, BT's package is 12 a month (about 110 yuan) with 2GB 4G traffic, unlimited text messages and 500 minutes of calls; the top-end 20 (about 183.4 yuan) package contains 20GB 4G traffic, unlimited text messages and calls. China Unicom, for example, has a 4-gigabyte package. Ice cream packages of 99 yuan a month can achieve domestic flow, but when they exceed 20 GB, they will be limited in speed, including 300 minutes of domestic calls.

"Funds abroad are basically higher than those at home. You don't have to judge domestic 5G prices because of foreign prices."

There are also communications experts pointed out: "In fact, 99 yuan Unicom ice cream packages can be sold as 5G packages, the maximum speed limit is raised a little bit on the line."

In addition, for the users' concerns, the three operators have also made a statement.

Gao Tongqing, deputy general manager of China Telecom, once said that the Internet tariff in the era of 4G is no longer suitable for 5G, and the tariff standard in the age of 5G is under study. In the 5G era, the tariff should be 10 GB, and the price should be less than 10 yuan or even lower.

Zhang Yunyong, director of China Unicom's research institute, said that although the current 5G tariff has not yet been finalized, it can be determined that it will not be more expensive than 4G.

It is worth noting that the unit price of 5G traffic may be lower than 4G, but due to the super fast speed of 5G, the amount of use will increase correspondingly, and if it is charged on a quantity basis at first, the total amount should also be higher than 4G.

Billing model: there will be diversified forms

At present, there are three kinds of tariff schemes for global 5G operators, one is to provide unlimited traffic packages at a rate, the other is to charge according to traffic, and the other is to bundle 5G wireless.RouterThe hardware is charged. However, from the perspective of package fees, it is mainly based on flow, which is also the basic fee charging model.

China clearly wants to make breakthroughs in these three schemes. According to the leaks of the previous three operators, besides the 5G price will not be too expensive, compared with the existing traffic billing model, the three operators are actively exploring new and more diversified multi-dimensional billing model.

It is reported that in addition to charging by flow, the future 5G charging mode of the three operators may appear charging by speed, bandwidth, delay, slice and function. In the future, customers can automatically open 5G network without changing cards, numbers or registrations, so that the network audio-visual services with ultra-high definition and large traffic can be faster and better popularized.

For example, according to rate charging, the business scene can be refined through the concept of "rate gear flow" and "Rate Gear Content". "In the early stage of the business, the network experience with large flow rate can be realized, and the limit of the flow valve will be improved, and the current limit of the three operators is basically 20 GB." Unicom operator high-level representation.

In addition, with the maturity of 5G business, it can also be charged based on scenarios. Faced with different application scenarios and the special needs of enterprise users, 5G needs to provide differentiated services, and then it can charge differentially. For example, for VR, 8K HD live broadcasting, video surveillance, etc., large-volume billing is used, for sports, concerts and other live live live dynamic billing is used, while the traffic used by ordinary users is basic billing.

It is worth mentioning that the unlimited package has always been a controversial issue in China, and calls for its cancellation remain high. A few days ago, China Telecom announced that it would stop selling all kinds of packages on September 1, and that it would have to stop selling all kinds of packages at the same time. In this regard, Fu Liang, an analyst in the telecommunications industry, believes that in the 5G era, traffic has increased dramatically, and the original speed limit threshold has been mostly unreasonable. The abolition of "volume deceleration" is conducive to the unified planning of packages for operators, to restore the value of traffic, and to reduce the worry of user traffic deceleration.

At present, the three major operators are still further exploring the charging mode of 5G.

Ultimately, it is not known how the 5G package fare will appear in China or how it will be charged. It can be predicted that the 5G package fare in China is certainly lower than that in other countries. With the gradual maturation of 5G, the cost will become lower and lower, and the billing model will also have more possibilities.

Aliyun - up to 1888 yuan general voucher is available immediately

Related news
10 seconds out of 1G traffic? Be the first to get started with the first batch of 5G mobile phones in China
How long will it be before 5G licenses are finally issued?
5G tariff "cabbage price" is dreaming? China Telecom 5G Experience Package: 100G per month!
It's the 5G you're using! China 5G package price is certainly lower than that of foreign countries
5g experience boom is coming, so it's necessary to replace 5g mobile phone in one step
You can use 5g network without 5g package! This is the right choice for you to buy 5g mobile phones
5g first commercial purchase 5g mobile phone after opening 5g package to do what you can!
A brief history of 5g straggle in the United States
The download speed of 5g network in the United States is only 1.8 times faster than that of 4G network
Hot news this week
A small plane in the US has crashed into a 30-metre high voltage power line and got stuck: 80,000 people affected
Can recording others' wechat chat records be used as evidence? The Beijing Internet Court has an answer
Alibaba launched a new cross-border e-commerce platform in Spain, aiming to operate independently in the middle and high-end market
It's not just Huawei! Beidou has penetrated more than 20 industries and applied more than 15.5 million products
When pure water is used in China team to solve the problem of seawater hydrogen production: it is expected to become an original industry
A Tesla crashed into two cars in Taizhou, Zhejiang province, killing two and injuring one, police said
The appearance of Xiaomi's mini console is revealed for the first time: an all-metal body with a strong apple smell
Breaking the spell of "Android 3 year must card", the new Breguet mobile phone will be sold for the first time tomorrow: from RMB3499
Be careful with your phone for a long time! The aunt played with her mobile phone so much that her fingers got stuck
Google's Project Zero team accuses vendors of slacking after ARM GPU bug exposes Android upgrade woes
The most popular news this week
Why is the Apple Pencil 2 not supported? iFixit takes apart the iPad 10 to find out
Zte's experience proves that there is no way out of appeasement and peace can only be fought out
China's growing presence in the global high-tech sector is unacceptable to the US
Us to investigate Lapsus$hack, Microsoft, Nvidia and others were breached
From January to October this year, the number of global travel app downloads approached 2 billion, with China's Amap, Baidu Map and Railway 12306 taking the top three places
With the acquisition of Pulse, Mozilla will develop a new approach to machine learning
Did the United States achieve its goal? More than 40 suppliers went to the United States with TSMC
Microsoft may not be able to offer its Microsoft 365 service in German schools after two years of efforts failed
A record $50 million in compensation! In the final judgment of the dispute over the infringement of Minecraft by Mini-World, NetEase won the lawsuit
Manufacturers like Samsung and Xiaomi have been affected. Google has revealed a dangerous flaw that threatens millions of Android devices